Weeknights at the Iowa Cubs

I’ve always been a sucker for baseball. There’s nothing that fully encapsulates summer for me quite like spending the afternoon at a baseball game. So it’s a very happy accident that the home of the Chicago Cubs’ Triple A affiliate, the Iowa Cubs, is located mere blocks from my new apartment.

After work on Monday, I headed to Principal Park for a night game, a Cubbie dog and a beer with some friends. Even though it was my second game of the season (the first was unfortunately cold and rainy), the novelty still hasn’t quite worn off.

Principal Park has generally affordable treats (except for the $5.75 cups of Dippin’ Dots) and is close enough to downtown that free parking isn’t usually a problem. Tickets are also ridiculously affordable (I bought a Groupon at the beginning of the season for 10 tickets for $25), but general admission seating usually runs about $7 a ticket. And on weekend nights each game ends with fireworks – cool, right?

Added bonus – it never hurts to scope out the future Chicago Cubs players from the bleachers in Des Moines. I’m looking at you, Anthony Rizzo. 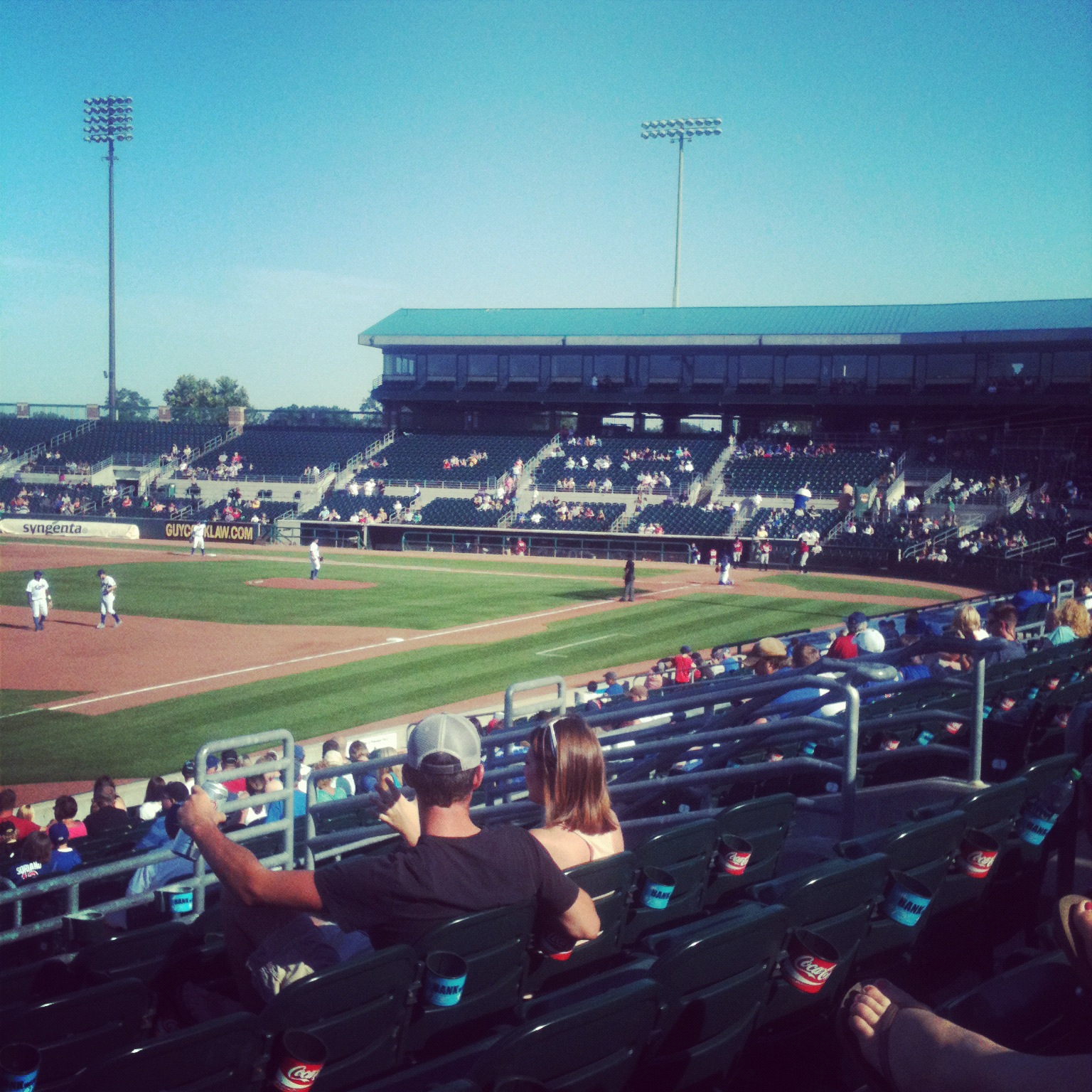 As corny as it sounds, I strongly believe that there is nothing that says summer quite like a baseball game. I have never really been one for watching sports extensively. Yes, occasionally I’ll tune in…