A few weeks back, I took a Friday off and hopped in the car with a friend, heading east. Our destination for the weekend? Dyersville, Iowa—home of the Field of Dreams.

Constructed around a particularly picturesque farmhouse for the well-known 1989 Blockbuster, the Field of Dreams is arguably one of Iowa’s most famous roadside attractions. And over Father’s Day weekend, the Field celebrated its 25th anniversary, proving with celebrity appearances from Kevin Costner, Dwyer Brown and Timothy Busfield that “if you build it, they will come” back.

We arrived late on Friday afternoon and, after grabbing a quick bite to eat, headed to the Field for a cast Q&A, led by none other than Bob Costas, and a viewing of the film on the field. Bumping through the cornfields on the event shuttle (read: Dyersville’s public school bus), the first glimpse of the Field of Dreams is just as breathtaking in person as it is on film. Rounding a wooded corner, the field suddenly springs into view, an illuminated beacon set against stark Iowa farmland.

After the cast panel we purchased some snacks (the charm of small-town pricing and $1 never gets old) and wrapped ourselves in a blanket to watch the movie that helped launch Kevin Costner’s career on the field where it was filmed. We returned the following afternoon to watch the cast play in a celebrity baseball game, an event that was more fun and spirited than any actual game I’ve ever attended. If watching Bob Costas run the bases and Kevin Costner dive for fly balls doesn’t make you at least crack a smile, you’re probably not human.

Our entire weekend held the same aura of magic that makes “Field of Dreams” a classic 25 years later, causing me to non-ironically wonder on multiple occasions, “Is this heaven?” No, it’s Ben Costas and Kevin Costner playing baseball. So, actually, pretty close to heaven. 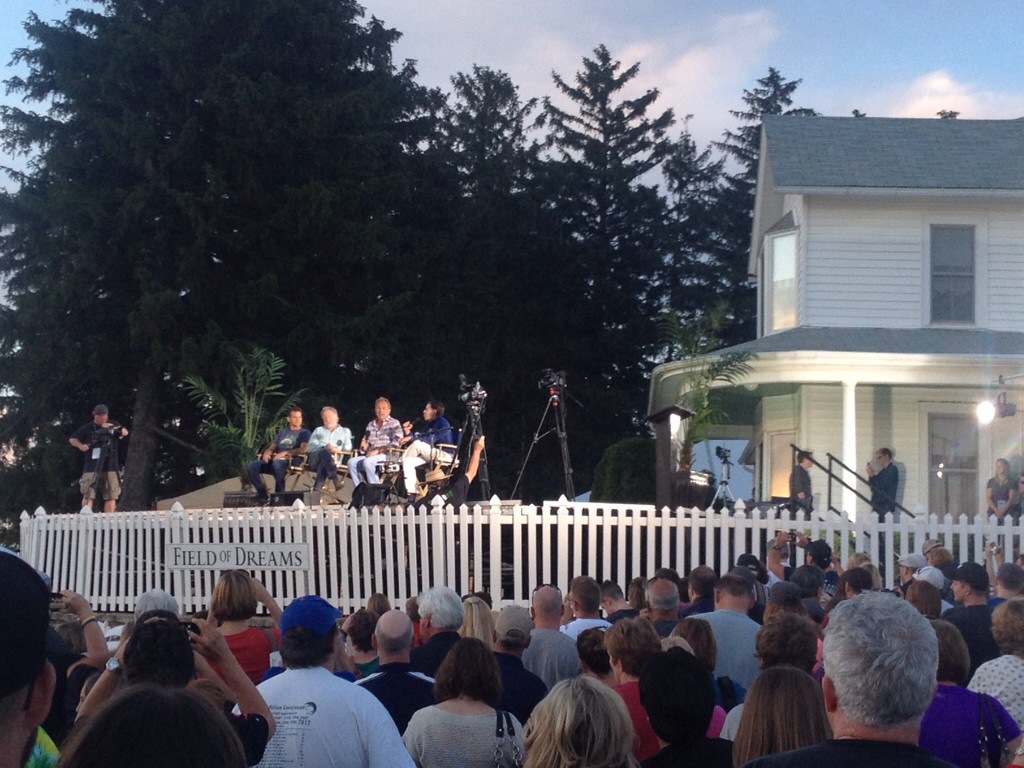 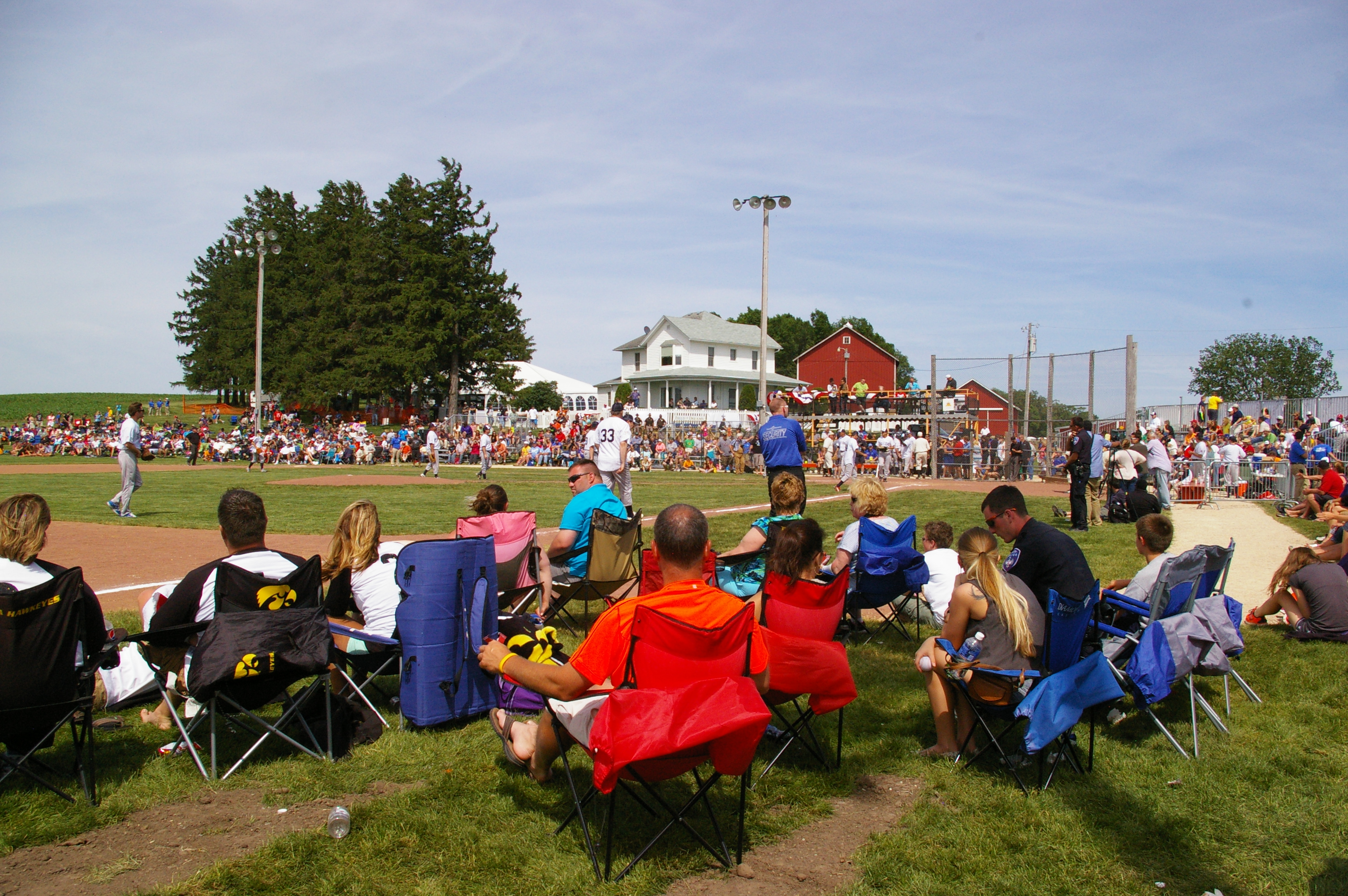 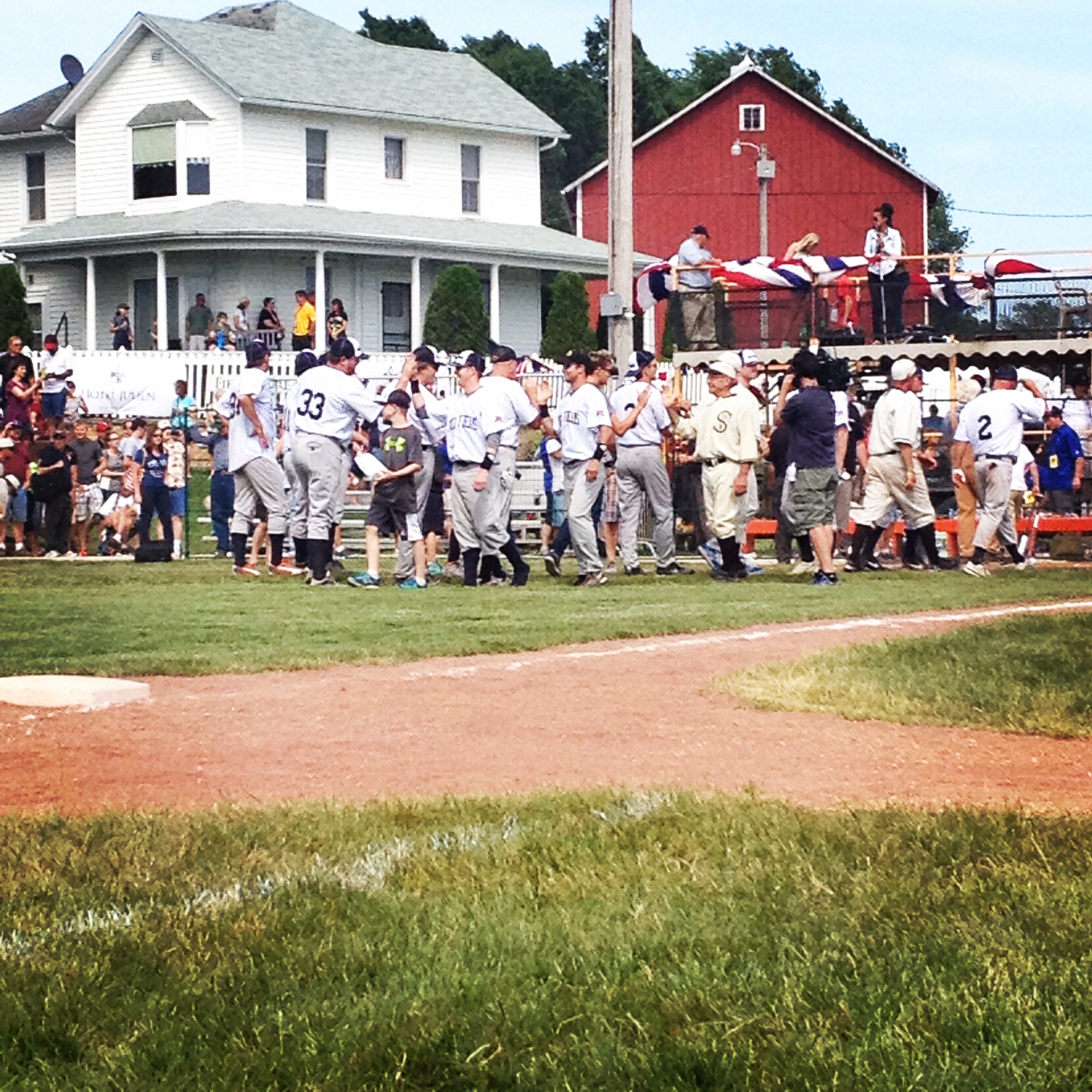 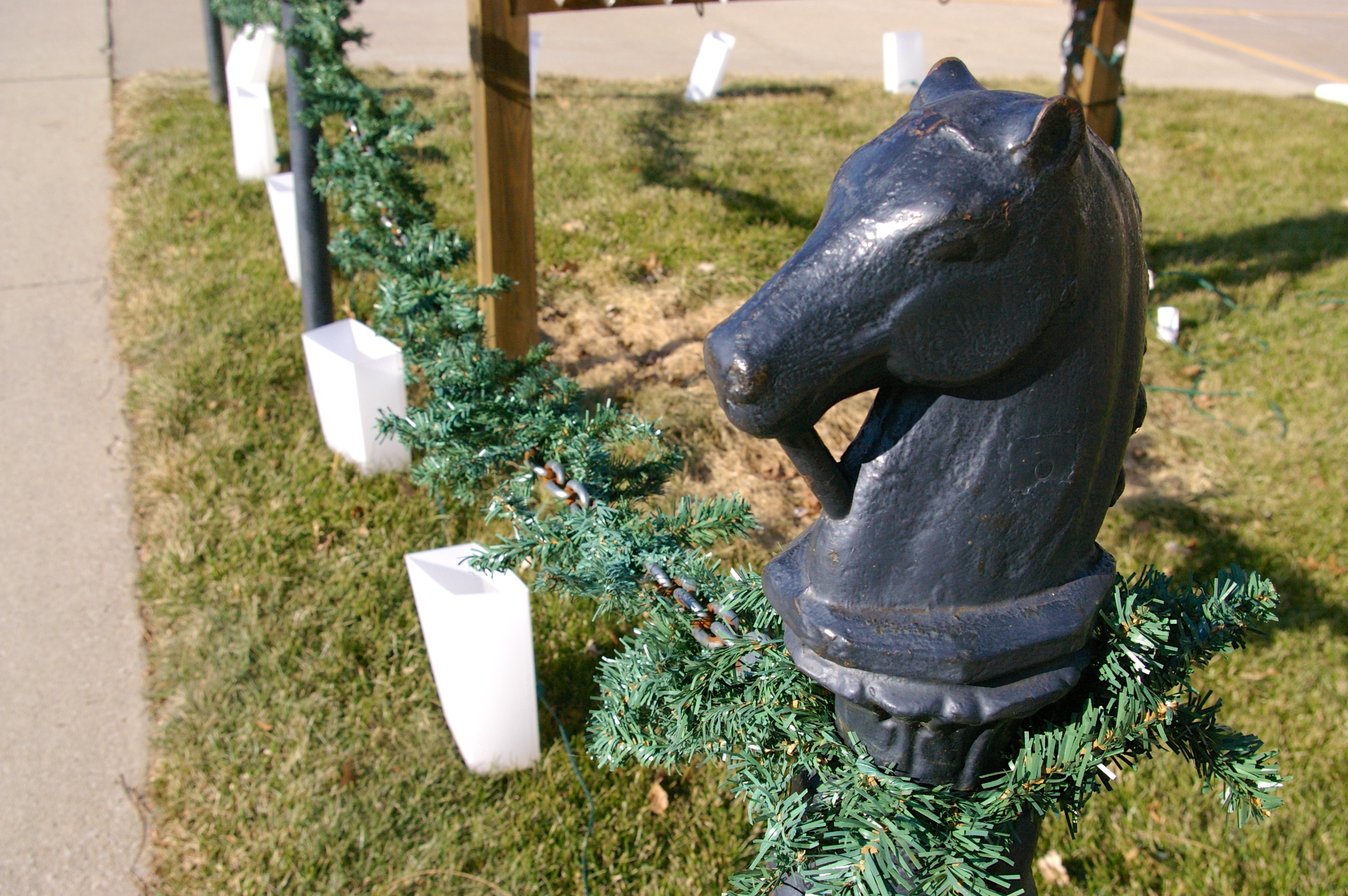 […] a recent visit to eastern Iowa we took a quick drive across the Mississippi and into my home state of Illinois to visit the U.S. […]

Megan, This is so cool! I loved the movie and would definitely like to see the real field – I just didn’t know where it was! 🙂 Now I do so I’ve got no excuse. Great post – you find the most interesting sites! ~Terri

Terri, Thanks so much! The Field of Dreams is definitely worth a visit to western Iowa—even if Kevin Costner isn’t there. Thanks again for reading!

Wait … I thought that was part of the deal! 🙂 Kevin won’t be there? Darn! Oh well, it still looks very cool. :)~Terri

[…] that baseball. Megan at Olio in Iowa does something I’ve always wanted to do. She visited “Field of Dreams” (Remember the movie with Kevin Costner and James Earl […]

Hi Megan,
We just love this post and wanted to let you know that we featured a link to it today as part of our “Slice of Americana Series” that we’re running this July. You can check it out at the link below. Thanks for writing so beautifully!

All the Best, Terri & James

Thank you so much for including Olio in Iowa in your series! I’m really touched and so appreciate the both of you as readers.

Thanks Megan. I always found this a very moving film combining the lyricism of the great game baseball with a very affecting father and son story. Pleased to have found your blog and I’ll revisit. Regards from Thom at the immortal,jukebox (drop a nickel).

Thanks for commenting, Thom! The Field of Dreams is absolutely one of my favorite Iowa-based stories.

Megan, happy to have discovered your site thanks to Terri & James.

Your Field of Dreams post brings back memories from my visit there while in high school. My family’s French exchange student was a fan of the movie and wanted desperately to visit the area, which we did in May/June. He left a tad disappointed though as he had expected the cornfield to be as tall as it was in the movie, and regretfully we visited a bit too early in the season. 🙂

I see you’re an IA transplant – I was for a time too (during college) and like you, I originally hail from IL.

Tricia, Thanks so much for reading!

I can definitely relate to that feeling—it’s just not the same when the corn is only ankle-high. I’d love to go back sometime later in the summer when they have Sunday games where the “ghost players” emerge from out of the cornfields, just like in the movie.

It’s definitely a small world sometimes—I moved to Iowa for college as well, but my parents are still in the near west suburbs. Happy travels!

[…] visited the Field of Dreams before to celebrate the film’s 25th anniversary, but when I realized I’d be passing through Dubuque on my way to spend the weekend in […]

[…] visited the Field of Dreams before to celebrate the film’s 25th anniversary, but when I realized I’d be passing through Dubuque on my way to spend the weekend in […]