I’m not usually one for haunted houses or scary movies. But in the spirit of Halloween spookiness, I decided to make an exception and share five of Iowa’s spookiest destinations.

I haven’t visited all of these locations. And, let’s be honest, might not make plans to because I’m a big baby. But if you’re a thrill seeker or lover of the paranormal, you should add these stops to your haunted Iowa bucket list.

During my time as an undergrad student, I once visited the Drake University Observatory for an introductory astronomy class. While I don’t remember anything particularly paranormal happening, I do remember the small brick building being a bit eerie.

As legend goes, the ghost of Dr. Robert Morehouse, the first Chairman of the Astronomy and Physics Department at the university, haunts the observatory. It doesn’t seem like much of a stretch since his remains, as well as his wife’s, are interred in the entryway’s wall. Students (thankfully not me) have reported feeling like they were being watched while in the basement and noticed ghostly corrections on their observation logs. I love the idea that Dr. Morehouse can’t help grading papers—even in the afterlife.

Built in 1910, the Edinburgh Manor was an asylum for the poor, elderly, and mentally ill. Located in Scotch Grove, Iowa, the Manor operated for a century and closed in 2010. During that time it earned the reputation of being one of the most haunted places in the Midwest.

The building was opened to paranormal investigators for overnight visits in 2012. Less adventurous visitors can also take bi-monthly day tours of the Manor.

It may seem silly to include a bridge on a list of haunted destinations. But locals near Viola, Iowa, may disagree with you.

Local legend says that if you drive onto the Matsell Bridge at night and shift your car into neutral an unknown force will push you to the other side. Some have also reported mysterious hand prints appearing on car bumpers and back windows. But beware: locals say the ghosts are easily angered and may try to break windows or push cars off the bridge.

Ever since it was erected in 1918, the black, eight-and-a-half-foot tall statue in Iowa City’s Oakland Cemetery has been a source of mystery and local lore. Legend has it that anyone kissed in front of the black angel at midnight on Halloween will die within seven years. It’s also rumored that anyone who attempts to kiss the angel will be killed instantly.

Located in the small town of Villisca, Iowa—population 1,250—this white farmhouse could easily be the clone of its neighbors. That is, except for the plywood sign in its front yard. On June 10, 1912, eight people, including six children under the age of 12, were murdered while they slept. An eerily staged crime scene and utter lack of suspects rocked the small town, leaving many questions unanswered for decades.

Today the Villisca Ax Murder House is open to visitors and overnight guests. Paranormal investigators of all sorts, including the hosts of the reality TV show Ghost Adventures, have visited the house to see what they can learn about this horrific piece of the town’s history.

I would love to hear from you! Do you enjoy haunted attractions? Do you have a favorite of Iowa’s spookiest destinations?

A few of my favorite people are coming to Des Moines this weekend and I’m planning on spending my days off with good friends, good food and hopefully a nap or two . But for… 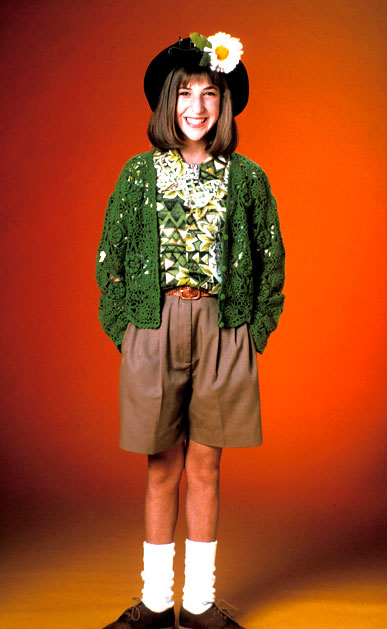 For about a year now my friends have been fairly opinionated when it comes to my celebrity doppelganger. While it originally started with comparisons to Amy Farah Fowler from “The Big Bang Theory,” looking back at some of Mayim Bialik‘s earlier TV appearances it was pretty clear that I could also pass for Blossom, ’90s sitcom tween (and lover of ridiculous hats)…