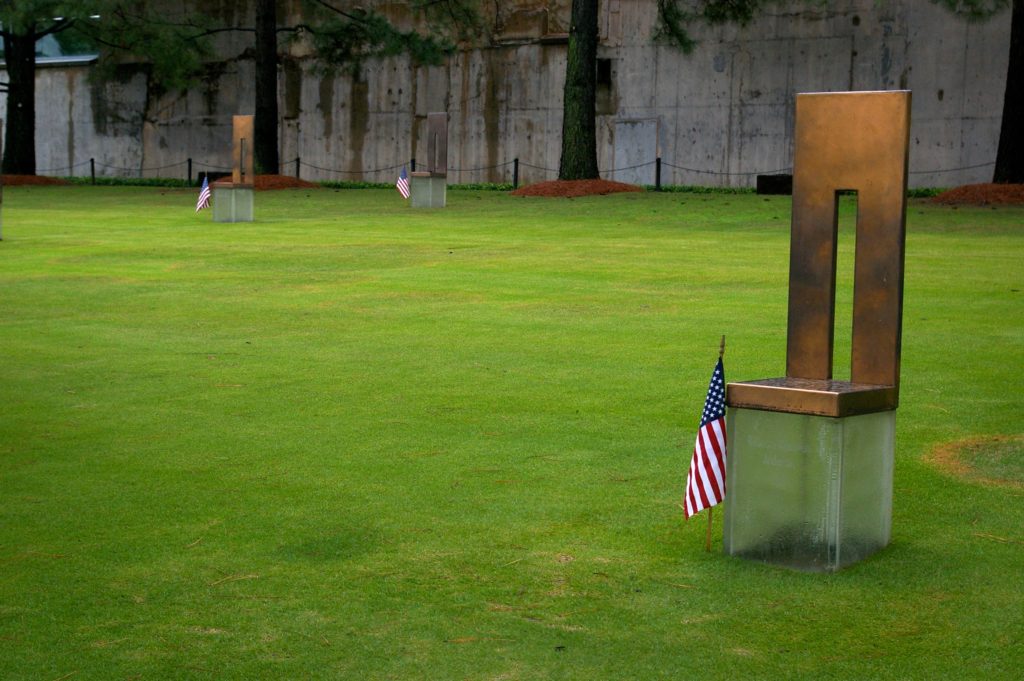 We visited the Oklahoma City National Memorial on the day before Memorial Day. After a night of record-breaking rainfall, we wandered into the chilly drizzle to explore the outdoor memorial.

For a holiday weekend focused on remembrance, we were three of only about a dozen people making an early morning visit. As we approached the memorial, we passed panel after panel of chain link fence covered in mementos, stuffed animals and photos of the loved ones who had been lost. The entrance to the memorial is a towering slate wall with a small keyhole entryway, emblazoned with a message to visitors and loved ones:

“We come here to remember. Those who were killed, those who survived and those who were changed forever. May all who leave here know the impact of violence. May this memorial offer comfort, strength, peace, hope and serenity.”

All I could think as we wandered inside was how perfectly the word “serenity” describes this place.

Bracketing a large reflecting pool, each of the slate towers is engraved with a time that frames the moment of violence—9:02 am on April 19, 1995. The east gate reads 9:01, one minute before the attacks representing the city’s innocence, while the west gate reads 9:03, the moment Oklahoma City was changed forever and began to rebuild.

To the north in the footprint of the Murray Building, 168 empty bronze chairs—each representing someone who lost their life in the bombing—span the length of the memorial. The chairs are organized into nine rows, each representing the nine floors of the building while each chair is engraved with the name of someone who died on that floor. Heartbreakingly, there are 19 smaller chairs for the 19 children who also died.

Learn more about the memorial and its design on the Oklahoma City National Museum’s website.

Without a doubt, the Survivor Tree is one of the most powerful memorials I’ve ever visited.

On April 19, 1995 when violence rocked Oklahoma City, this American Elm withstood the full force of the blast. Amidst the destruction and rubble, somehow the tree survived, and today thrives as a living symbol of the city’s resilience. It’s a truly beautiful reminder that the most unexpected places are often where we find the most strength.

We didn’t have time to visit the Museum, but you can learn more about their hours and admission prices here. 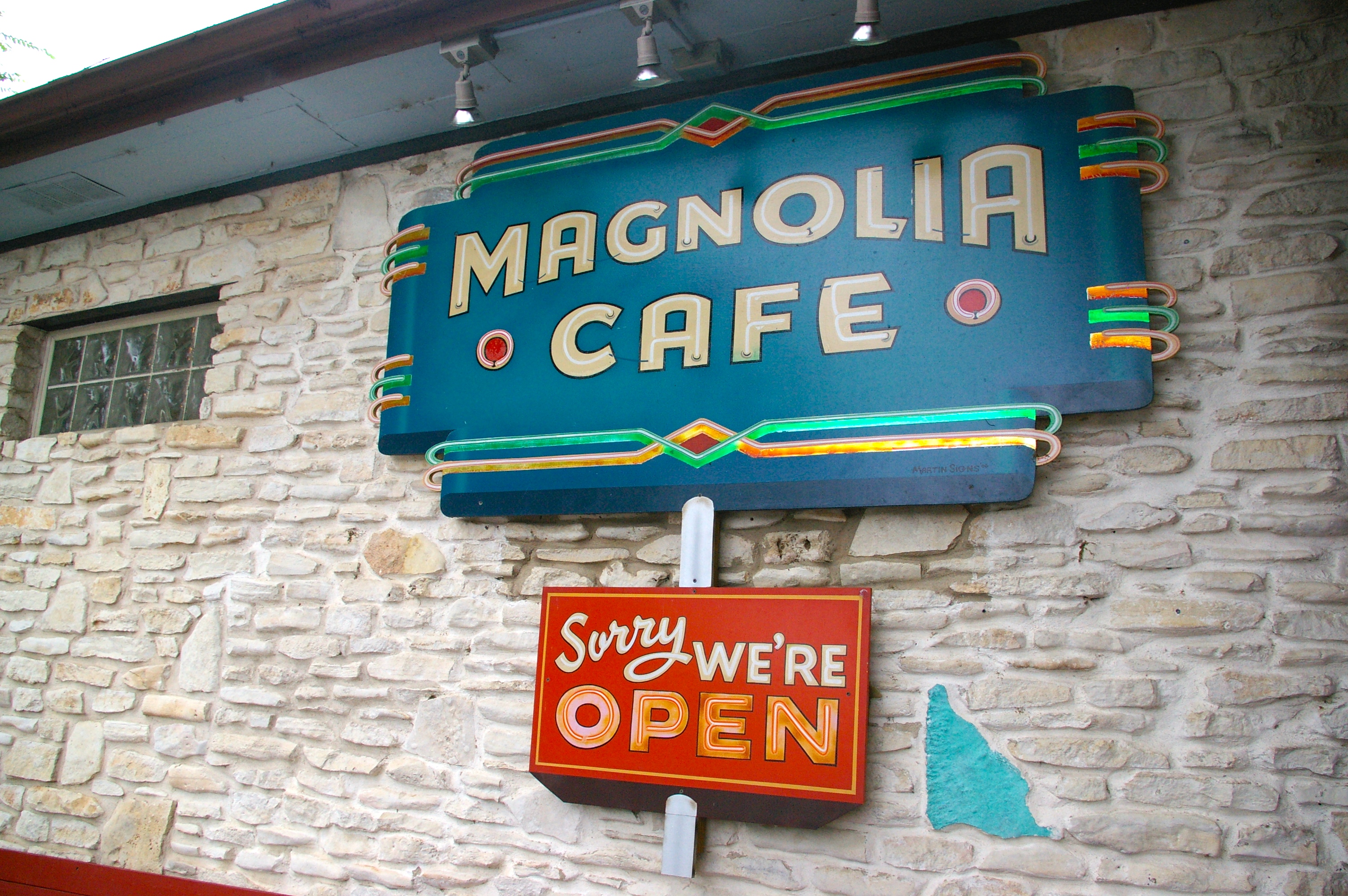