I love seeking out strange, long-forgotten pieces of history, especially when I’m visiting somewhere new, and my trip to Austin was no different. Granted there are lots of things that “keep Austin weird,” but I was focused on its remaining moon towers.

Now, you may ask, what’s a moon tower?

For starters, in Dazed and Confused it’s where Matthew McConaughey’s character tells the object of his desire that they’re going to party.

But they’re also a rich and complex part of the city’s history.

Believe it or not, Austin is the only city in the world believed to still have some of these Victorian-era structures. So naturally I couldn’t pass up the chance to see one in person.

The history of Austin’s moon towers In the 1800s, several large cities, including New York, Detroit and Los Angeles, constructed tall, tower lighting systems to help better illuminate the area at night. However, it wasn’t until 1894 that the City of Austin bought their 32 moon towers from Detroit, which at the time had one of the country’s largest tower lighting systems.

The 150-foot towers were illuminated by six carbon arc lamps each and created a 1,500-foot radius glow that shone brightly enough that passersby could read their watch. Originally the towers were powered by electric generators at the Austin Dam, but in the 1920s as the carbon arc lights became costly to maintain, they were replaced by incandescent lamps and then in the 1930s, mercury vapor lamps.

In 1970, the towers were declared Texas State Landmarks and on July 12, 1976 the remaining 17 towers were placed on the National Register of Historic Places. In 1993, the City of Austin fully restored the towers as part of a $1.3 million project, which involved dismantling each tower and replacing every bolt, turnbuckle and guy-wire to ensure their longevity.

Today only six of the remaining 17 towers are in their original location, established by the Austin Board of Public Works and City Council in 1895.

If you visit Austin’s Moon Towers 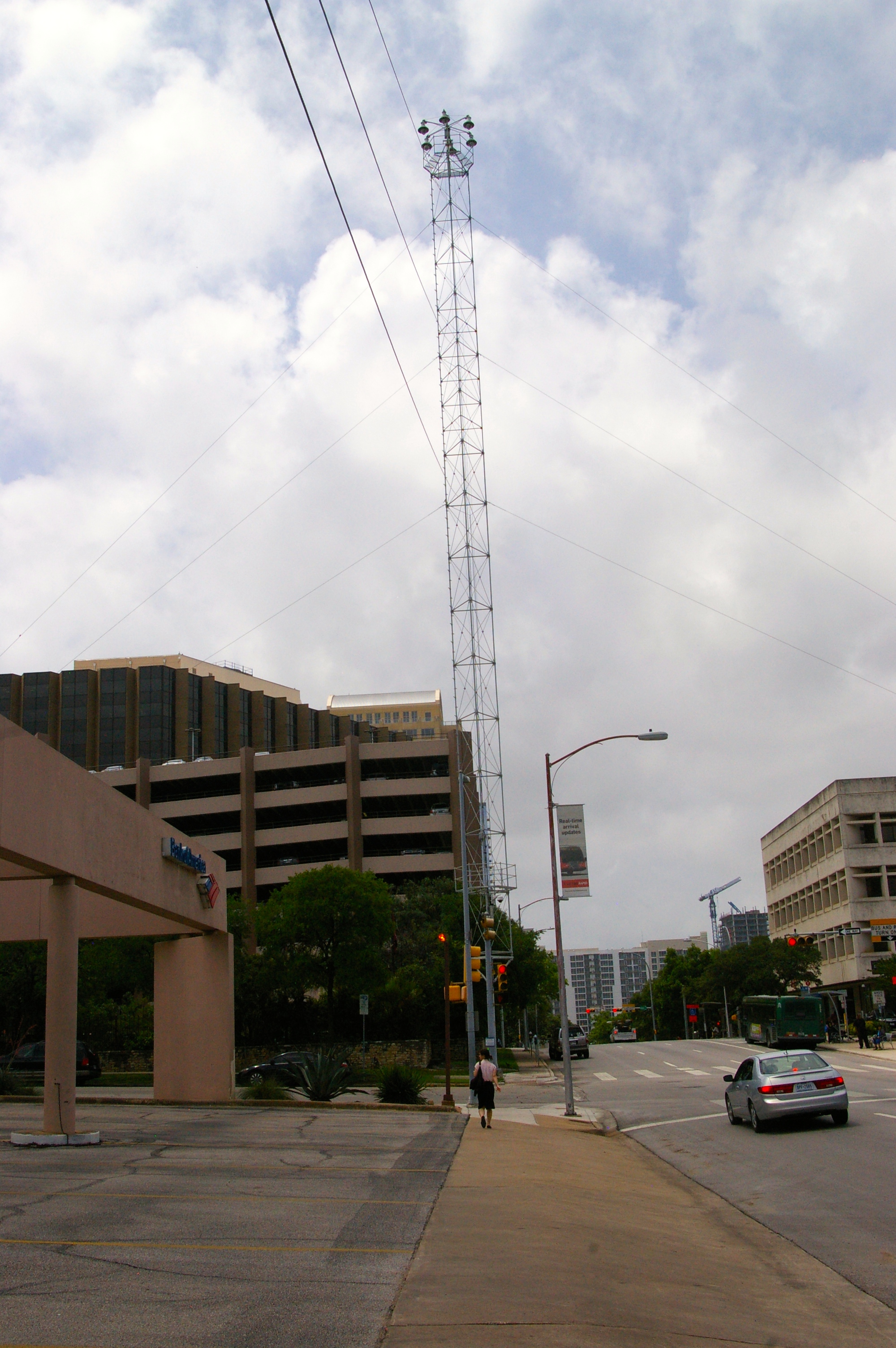 If you’re looking to visit an Austin moon tower, Wikipedia actually have a fairly expansive listing of locations.

While I would have loved to visit at night and see the moon tower’s ethereal glow, it just didn’t fit into our travel schedule. I also wish I could say that I’m brave enough to try to climb one, but let’s face it, I’m not.

Want to learn even more about moon towers? Here are a few resources that might help:

A great soundtrack is necessary for any decent road trip, but when you spend as much time in the car as I do, sometimes the same CDs and tracks (fun as they might be to scream sing) can get a little old…