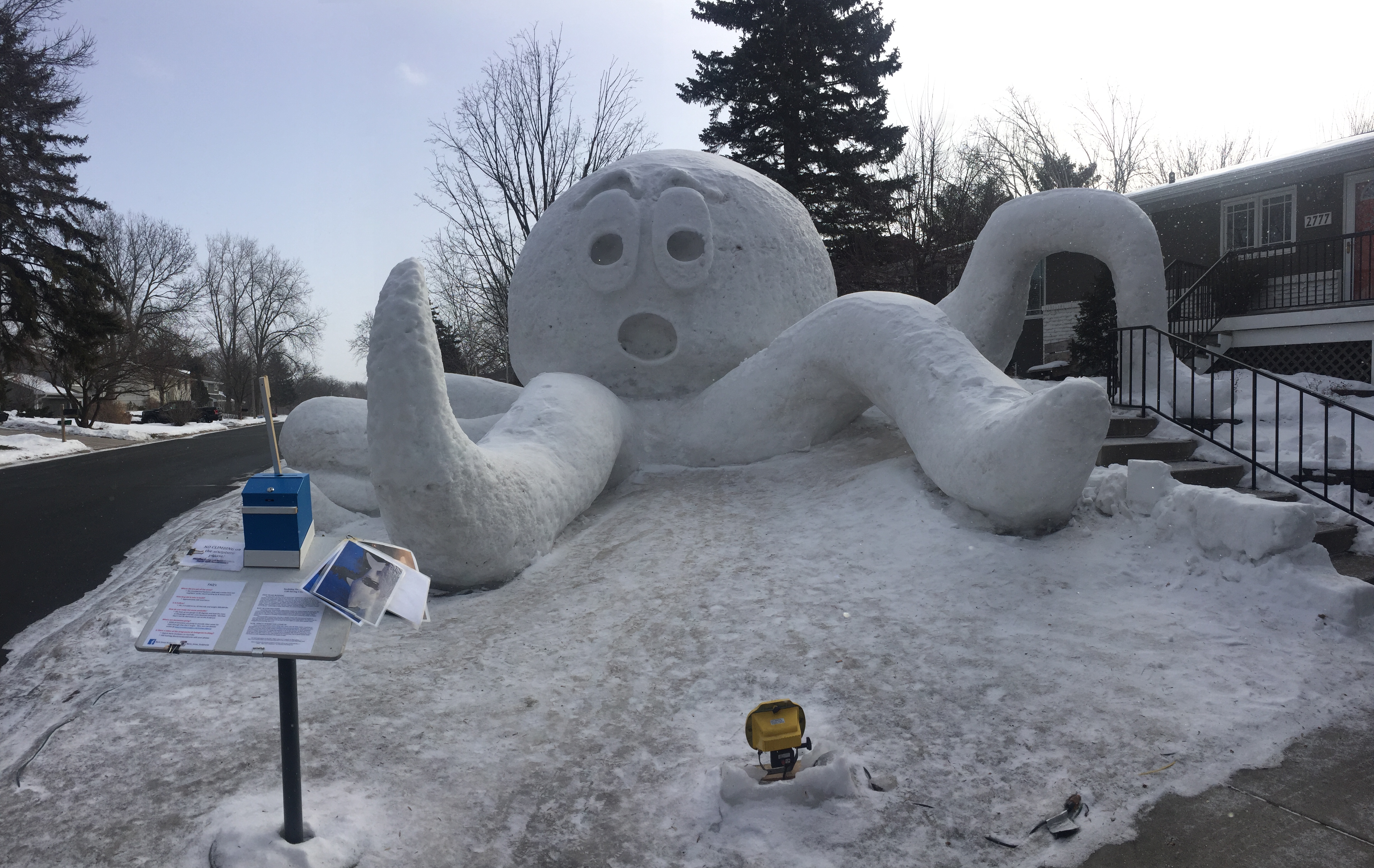 When I first saw a friend post a photo at this year’s Bartz Snow Sculpture, I was intrigued. But when I found out the big-hearted reason three brothers created a giant snow octopus in the front yard of their suburban Minneapolis home, I knew I needed to plan a visit.

For the past five years, the Bartz brothers have created snow sculptures to help raise money for various charities and causes. This year they’re partnering with nonprofit organization One Day’s Wages to help provide safe, clean drinking water to people in Haiti. Even though the brothers have already hit their $10,000 goal, you can still donate to their campaign to help provide clean water to other parts of the world here.

The 18-foot-tall octopus is made entirely out of snow and weighs in at 300,000 pounds. It took the brothers approximately 500 hours to construct the giant sculpture using snow from their neighbors’ yards as well as a nearby church parking lot and tennis courts. After collecting the massive amounts of snow, they brought it into their garage, heated to 90 degrees to make the snow packable and more easily sculpted.

One Fine (Wintry) Day in Minneapolis – Olio in Iowa
Reply

[…] for a photo op and donate a few bucks to a good cause in front of this year’s Bartz Snow Sculpture’s Snow Octopus (2777 16th Street NW, New Brighton). The 18-foot-tall octopus is made entirely out of snow and […]

One Fine (Wintry) Day in Minneapolis - Olio in Iowa
Reply

[…] for a photo op and donate a few bucks to a good cause in front of this year’s Bartz Snow Sculpture’s Snow Octopus (2777 16th Street NW, New Brighton). The 18-foot-tall octopus is made entirely out of snow and […]