Disclosure: Visit St. Paul facilitated our tour of the Wabasha Street Caves. However, all opinions are my own. 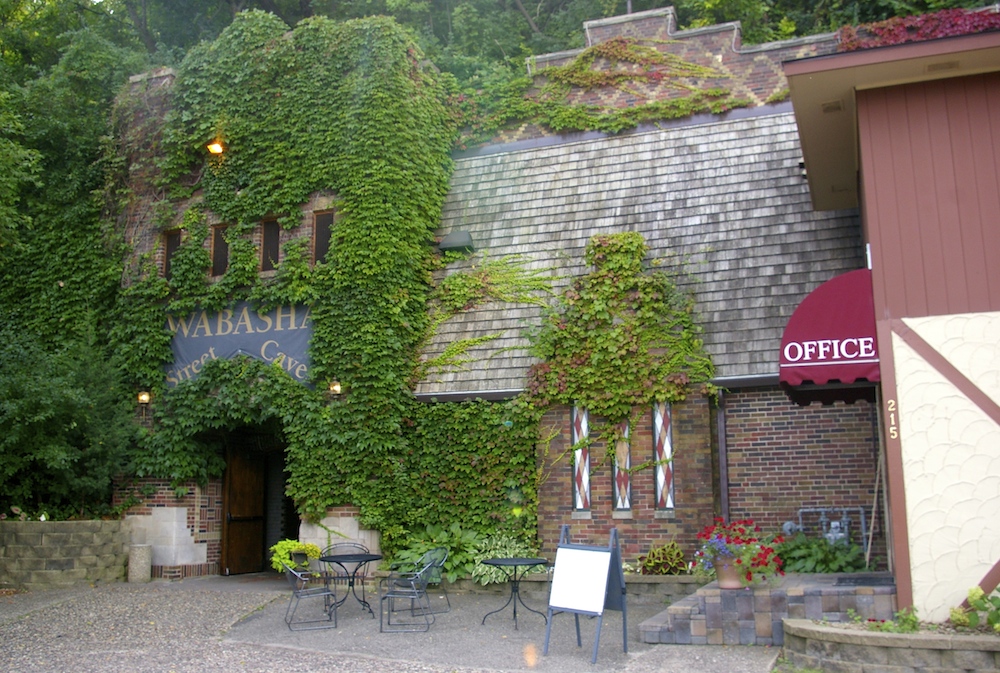 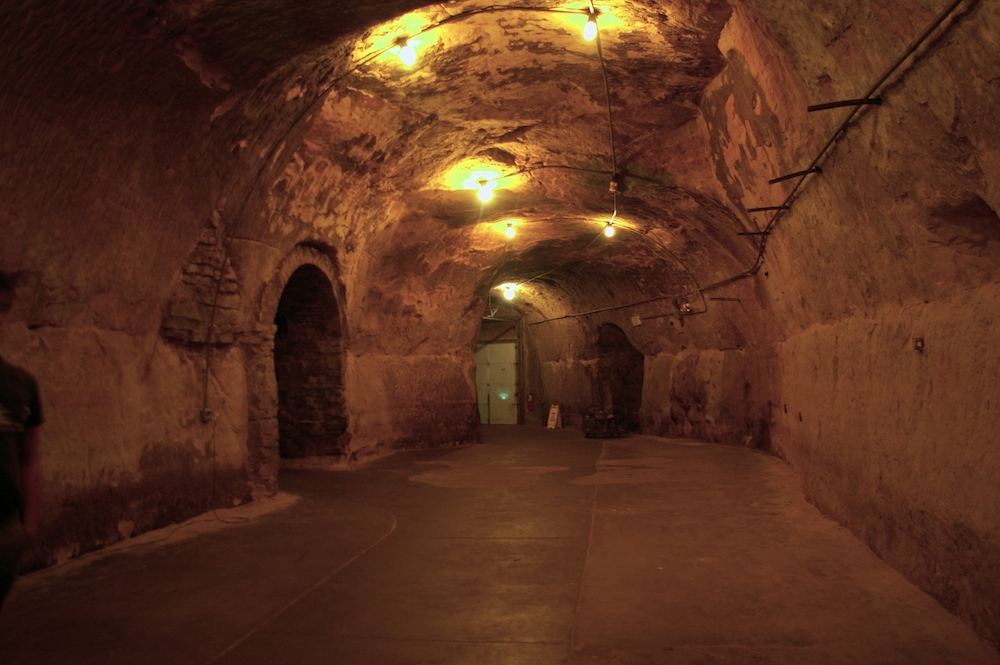 One of the first times I visited the Twin Cities, I stumbled upon the Wabasha Street Caves. Even though I was intrigued by this unique part of Minnesota’s history, it wasn’t until a recent visit to St. Paul that I had the time to explore them.

Even though the Wabasha Street Caves are, well, technically not caves, it remains an incredibly unique part of St. Paul’s history. In actuality, the unexpected attraction is a manmade sandstone mine, but that doesn’t make the space any less fascinating. From an underground mushroom farm to prohibition-era speakeasy, these caves have seen it all.

We visited the caves on a sunny Sunday afternoon for one of the attraction’s historic cave tours. Our tour guide Ryan was hilarious and not only gave us a thorough historical overview of the property but also inspired me to delve even deeper into its rich history. 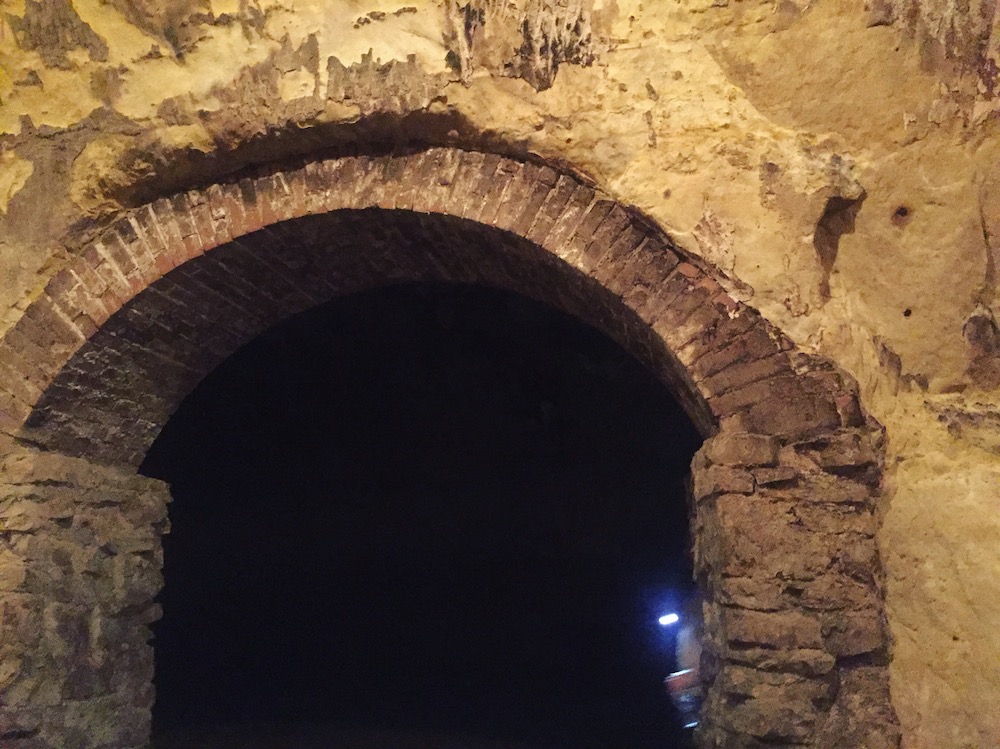 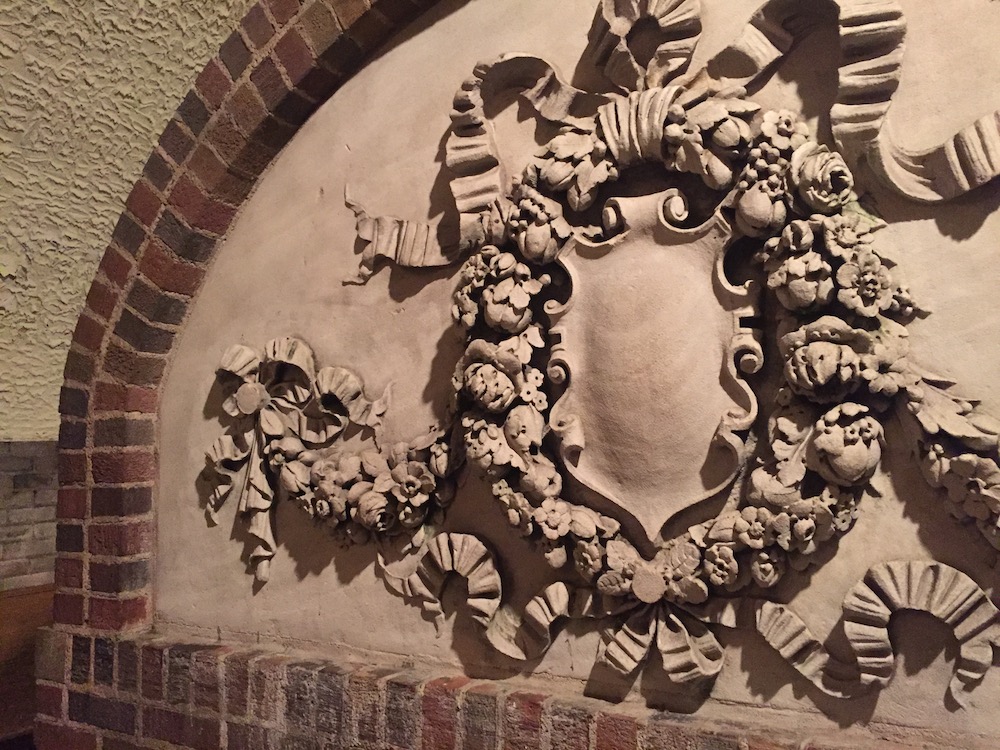 The Legacy of the Wabasha Street Caves

Built in the 1849, the Wabasha Street Caves were originally sandstone mines. Early miners discovered that the stone taken from the caves was 99 percent pure silica—also known as St. Peters Sandstone—which is typically used in glass production.

In 1899, the caves became the world’s first underground mushroom farm after French immigrant Albert Mouchnotte discovered that conditions inside the cave were perfect for growing. At one point, the mushroom farm along the banks of the Mississippi River was the most profitable in the country. Eventually, Mouchnotte’s daughter Josie and her husband Bill Lehmann took over the business.

The business continued on, but times were quickly changing. For the first three decades of the 20th century, St. Paul served as a haven for some of the Midwest’s most notorious gangsters. With a corrupt police force for protection, crime in the city remained almost nonexistent. Then when Prohibition began in the 1920s, famous gangsters like John Dillinger, Baby Face Nelson, and Ma Barker spent time at the illegal speakeasy that now resided in the caves. 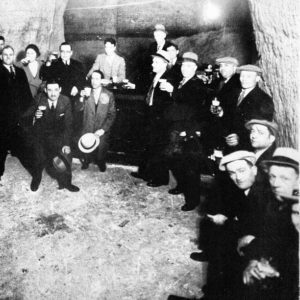 In 1932 on the tail end of Prohibition, the Lehmann family opened a restaurant and night club in the caves called the Castle Royale. Big name crooners took the stage and visitors came from across the Twin Cities to enjoy good food and dancing in the caves.

In the 1970s, the space opened briefly as a disco but its groove was short-lived. After that the property fell into bankruptcy and was abandoned. In the subsequent years, flooding and fires almost destroyed the caves entirely. Today, the caves have been restored to their turn-of-the-century glory. The unique space is open to visitors for tours, and can be rented out for weddings or other special occasions.

If you Visit the Wabasha Street Caves

While the Wabasha Street Caves aren’t open for the public to explore freely, visitors can enjoy a variety of tours of the property that range in both length and price. We went on the historic cave tour, which lasted about an hour. The tour gave a great overview of the history of the caves as well as their legacy in St. Paul.

If you’re in the Twin Cities, I highly recommend a tour of the Wabasha Street Caves for history lovers of all ages. I’m already planning my next trip back to continue exploring the gangster history of St. Paul on their bus tour.

A huge thank you to Visit St. Paul for making our visit to the Wabasha Street Caves possible! 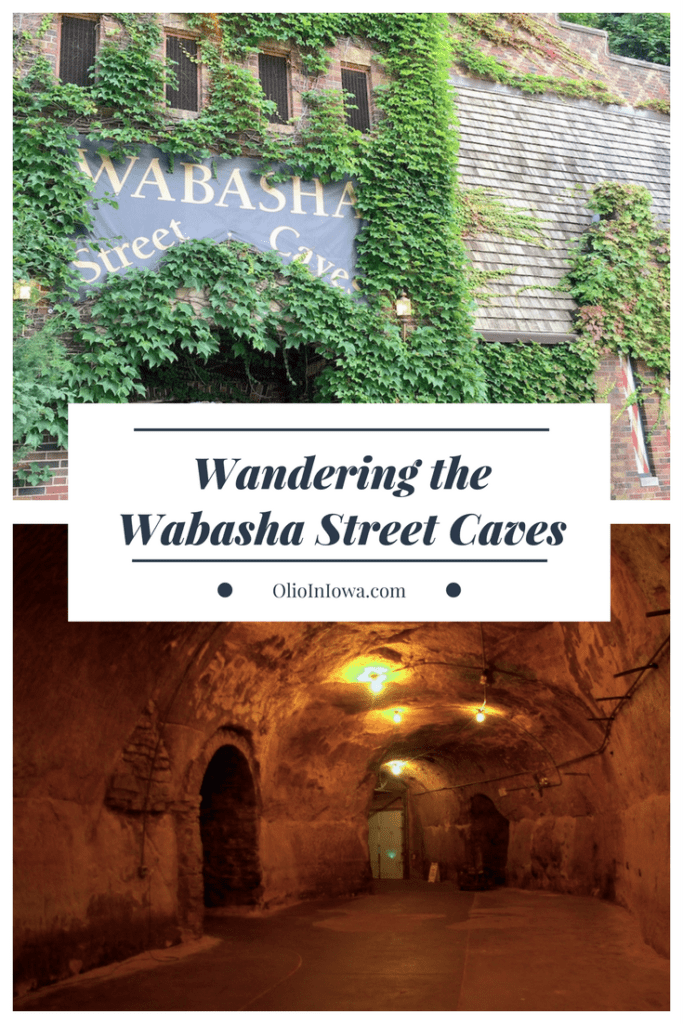 Very cool! I’ve lived in Minnesota for 6 years now and never heard of these caves!

They’re an awesome place to visit and so full of local history. Thanks so much for reading!