Discovering the Haunted History of the Stanley Hotel When it comes to haunted houses and paranormal attractions, I’m typically a bit of a scaredy cat. But when we planned our trip to Estes Park, Colorado, I knew it had to include a tour of the Stanley Hotel. Not only does this beautiful Colonial Revival hotel have a haunted history, it’s also home to an unexpectedly beautiful love story.

While the Stanley Hotel is arguably most famous for its haunted happenings, its rich backstory and role in Estes Park’s development are equally fascinating. We spent our last morning in Colorado learning all about the hotel’s creator, Freeland O. Stanley and the impact he and his wife, Flora, had on the surrounding area.

A Bit of History About the Stanley Hotel

Before our visit I had no idea about the Stanley Hotel’s history outside of its hauntings. The hotel’s story begins with its namesake, F.O. Stanley. Stanley was a lifelong entrepreneur and inventor. But he and his twin brother, Francis Edgar Stanley, were best known for founding the Stanley Motor Carriage Company, which built steam-powered automobiles until the 1920s.

In 1903, Stanley moved with his wife, Flora, to Colorado in the hopes of curing his tuberculosis with fresh air and a healthy diet. The couple settled in the frontier town that would later become Estes Park. Away from the polluted air of the city, Stanley’s condition improved drastically. Four years later, Stanley had recovered completely, but he and his wife continued to spend summers in Estes Park. But the mountainous area lacked the luxury amenities the Stanleys and their summer guests were accustomed to enjoying. So he built the Stanley Hotel, which welcomed its first visitors in 1909.

But the hotel’s impact extends beyond its grand walls. It’s unlikely that the town of Estes Park and Rocky Mountain National Park would be what it is today without the Stanleys. In addition to the hotel, Stanley established the town’s first bank as well as infrastructure like the sewer, power, and water company. This allowed his hotel to be one of the first west of the Mississippi to have electricity.

Stanley was involved with the hotel until 1930 when he sold it to another hotel and auto tycoon, Roe Emery. Even after he sold the hotel, he continued to return to Colorado community he loved so deeply. Stanley died in 1940 at the age of 91, one year after his other true love, Flora. 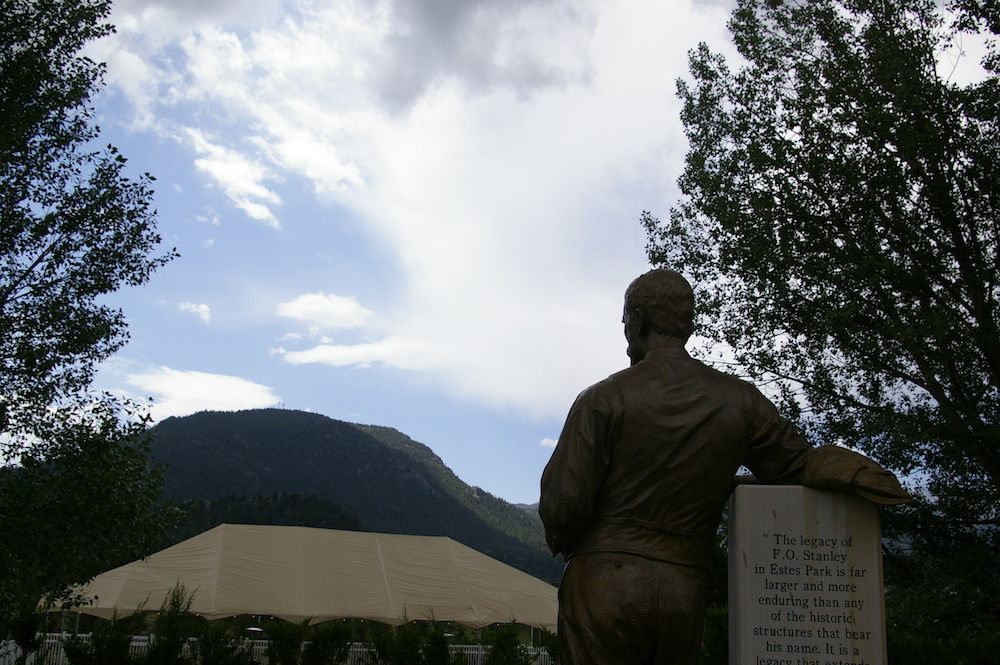 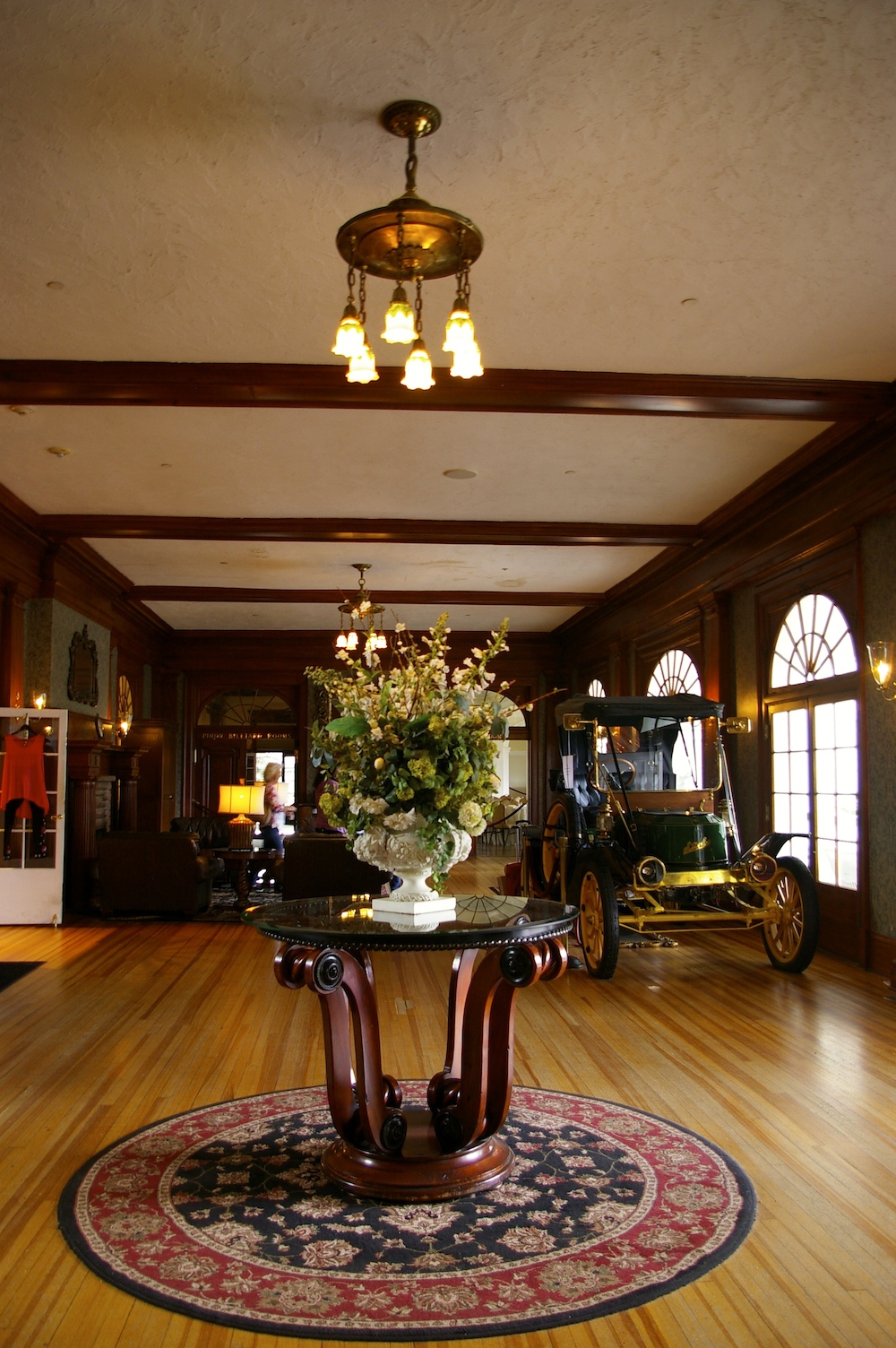 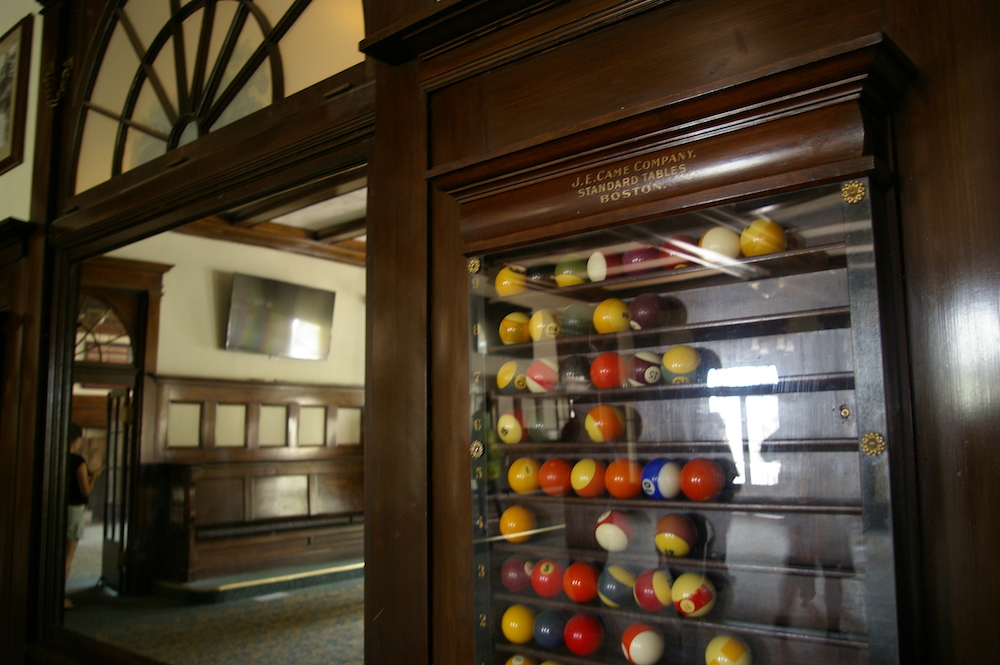 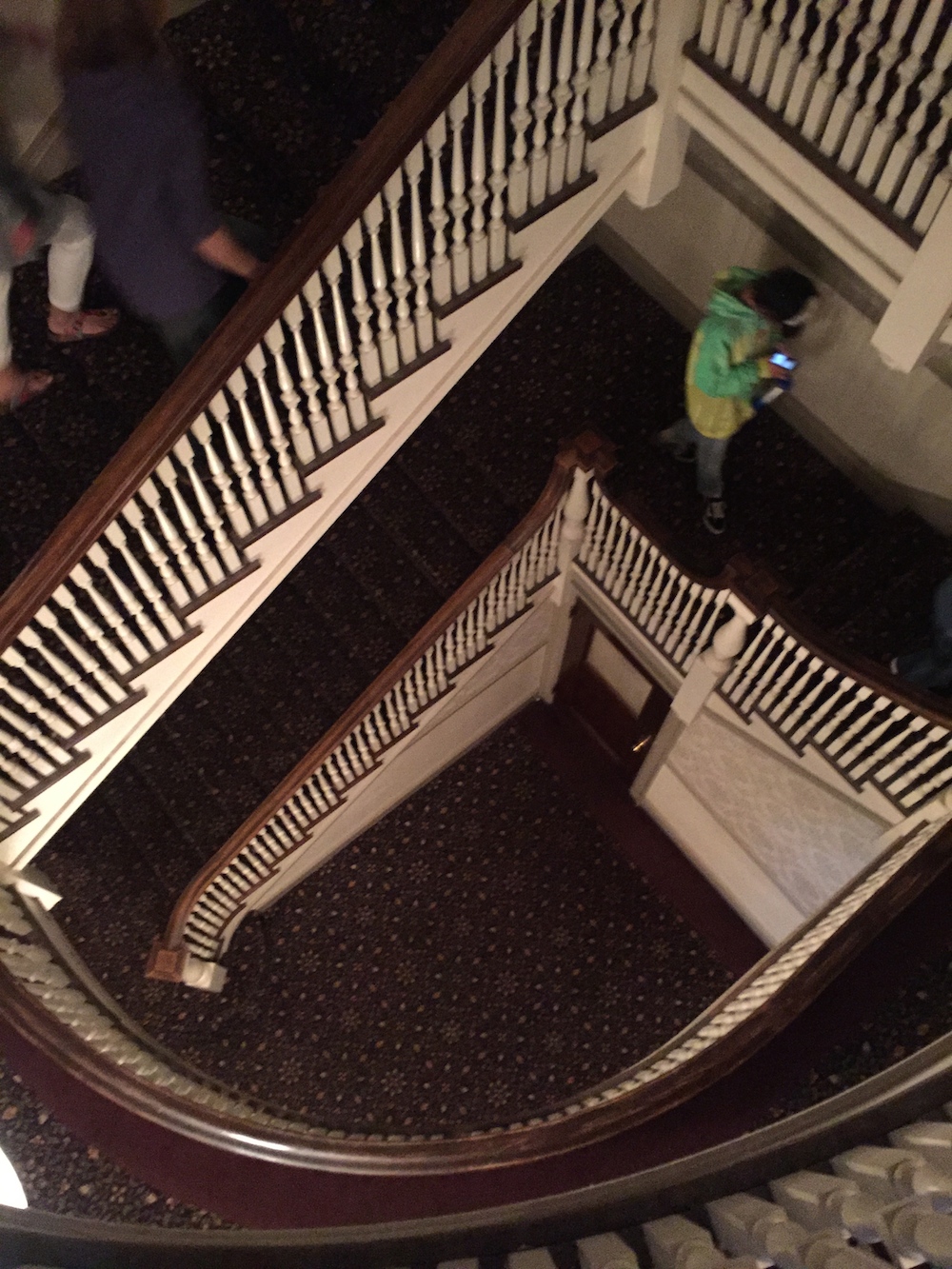 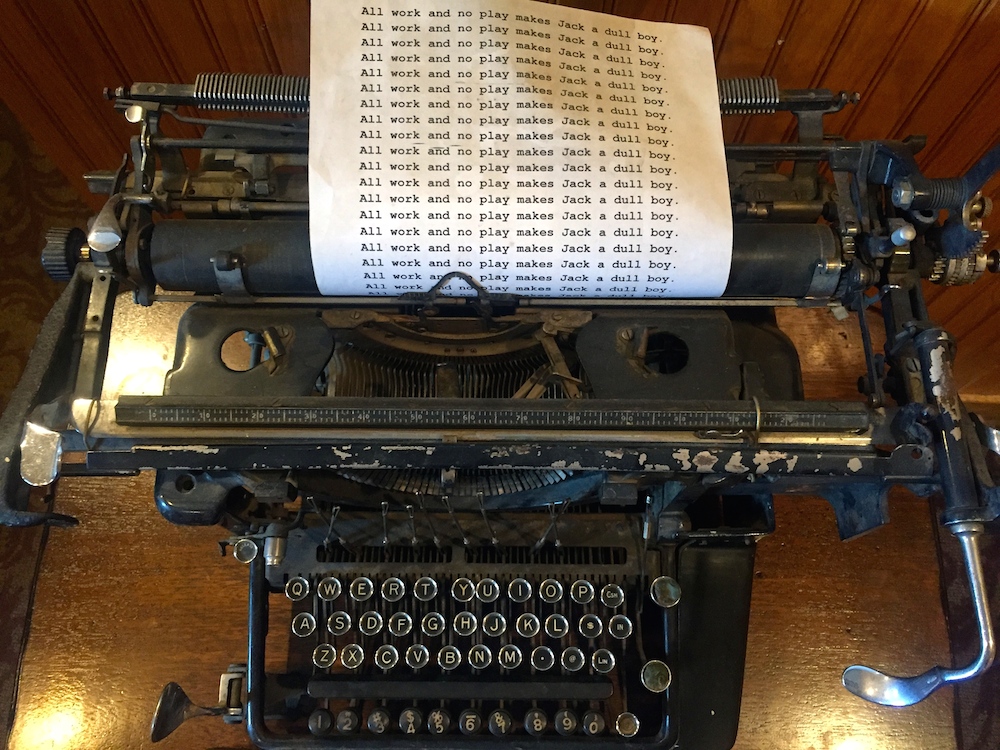 While other paranormal phenomenon have helped the Stanley Hotel gain notoriety, possibly its biggest creepy claim to fame is as the inspiration for Stephen King’s novel The Shining.

In 1974, King and his wife were driving through Estes Park when darkness fell. They approached the towering Stanley Hotel and inquired about a room for the night. The hotel was about to close for the season and the Kings discovered they would be the only guests that evening. The pair spent the night in Room 217 where the author was struck with vivid nightmares.

“That night I dreamed of my three-year-old son running through the corridors, looking back over his shoulder, eyes wide, screaming,” King writes on his website. “He was being chased by a fire-hose. I woke up with a tremendous jerk, sweating all over, within an inch of falling out of bed.”

The rest is history. The book was published three years later and quickly became one of King’s greatest successes. And while there’s no way to know for sure, our Stanley Hotel tour guide believes that it was the ghost of Ms. Elizabeth Wilson who gave King the extra inspiration he needed.

On the night of June 25, 1911, a storm knocked out power to the hotel. When the head chambermaid, Ms. Elizabeth Wilson, entered Room 217 to light the candles, she fell victim to an unknown gas leak. The force of the explosion blew her through the floor into the dining room below. And while she broke both ankles, she survived. F.O. Stanley covered all of her medical expenses and assured her she would always have a job at the hotel. She recovered fully and worked at the hotel until her death in the 1950s. Today it’s believed that she haunts Room 217, helping guests at the Stanley Hotel find exactly what they need to enjoy their stay, whether it’s unpacking a suitcase or crafting a nightmare to inspire a terrifying new novel. 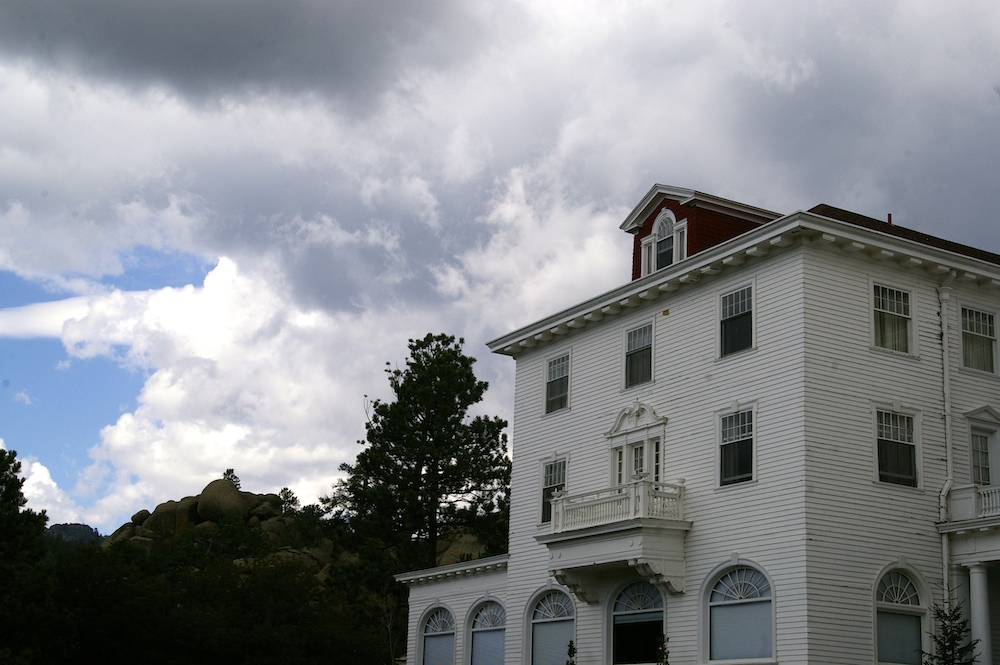 If you Visit the Stanley Hotel 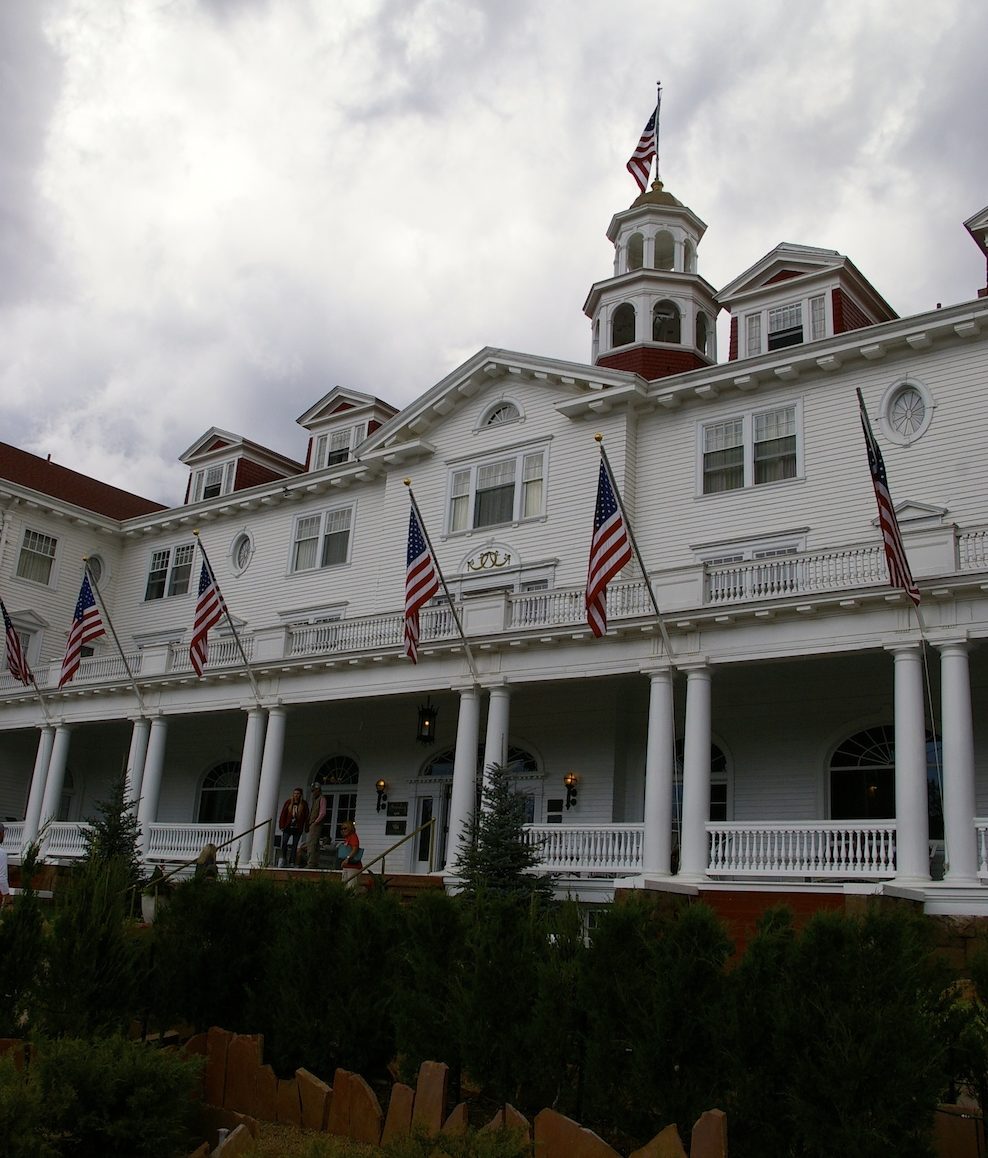 Unless you’re a guest at the Stanley Hotel or on a scheduled tour, you can’t just stop in for a look around. The hotel offers a variety of tours that allow visitors to learn about the historic building and explore its haunted past.

We visited the hotel earlier this summer for the Historic Hotel Tour, and enjoyed the variety of information we learned about the historic property. The tour is on the pricier side at $23 per adult (hotel guests save $3 each) and $17 per child. But the experience is definitely worth the price for history buffs or dedicated Stephen King fans.

If you want to stay in one of the hotel’s more “spirited” rooms, you’ll have to be willing to wait. While the wait time can be more than a year for Rooms 217, 407, and 428. However, tours are extremely considerate of the guests who have waited to spend the night inside. You can learn more about booking one of the hotel’s haunting rooms on their website.

I would love to hear from you! Have you visited the Stanley Hotel? Did you have a paranormal experience? 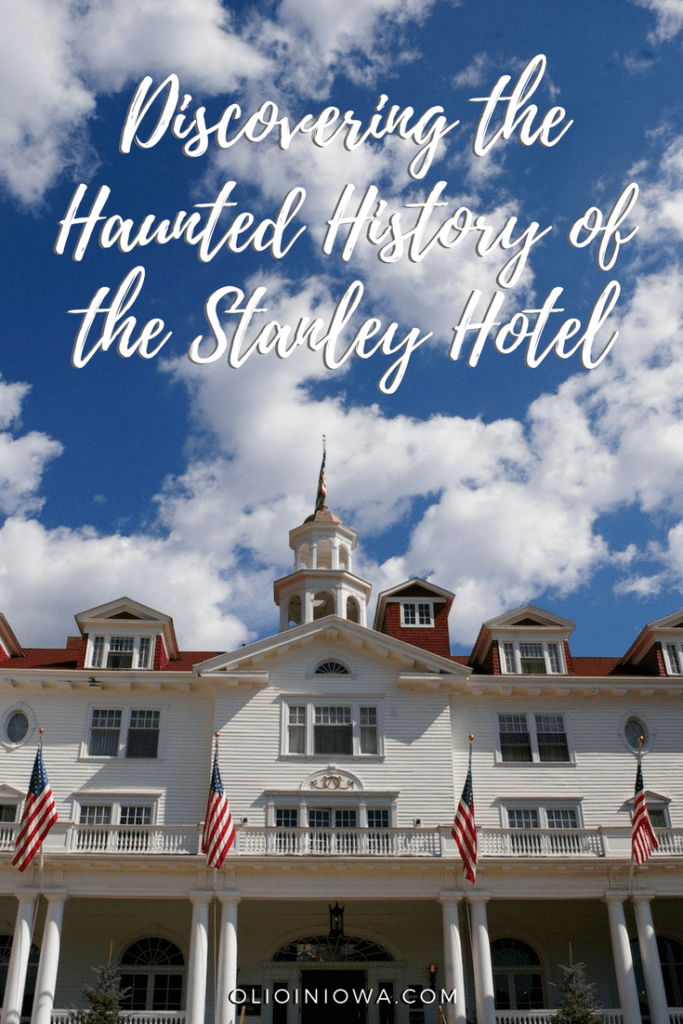 With a mini work road trip in the middle of this week and a flood of other projects in the works, it’s been quite a week. Even though I’ve got a pretty full schedule for… 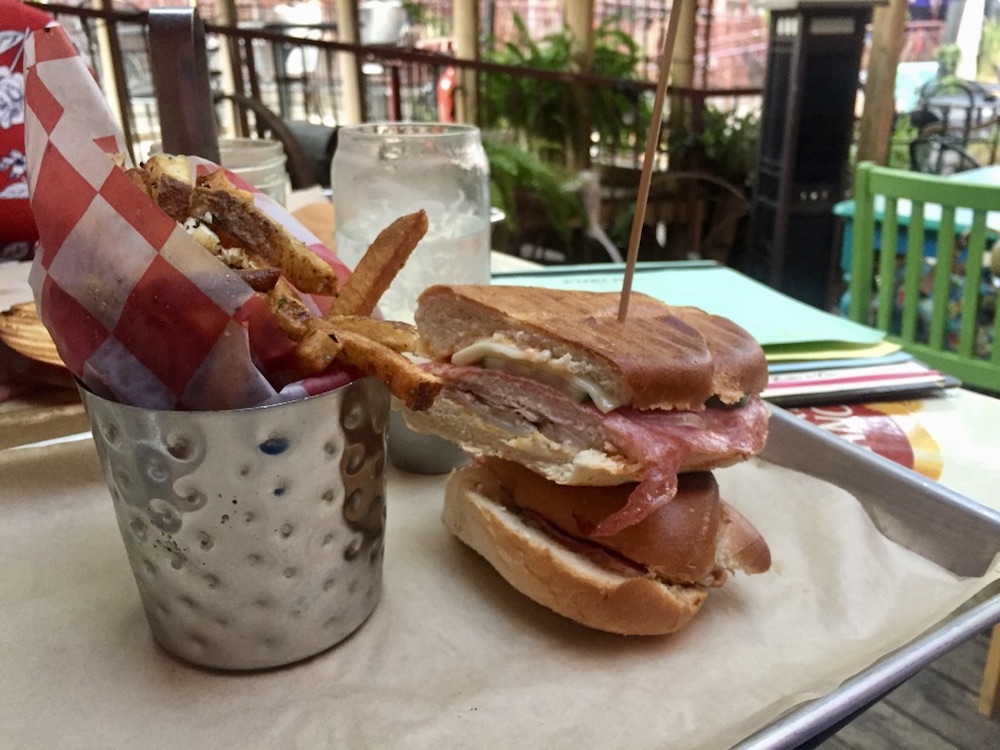 Some cities are known as foodie cities. But you might not expect to find small batch coffee roasters, craft breweries, and world-class restaurants in the middle of Kansas.

Whoa sounds creepy but interesting at the same time! If I’m ever in Colorado, I def wanna check this out! We only go to Colorado for snowboarding and river rafting, so this would be something totally different for us!

I visited the Stanley hotel May 14th, 2019. We went on the tour. As we ventured upstairs I felt a very creepy feeling when looking at the the two staircases that were above me. No sooner had I felt this, when the tour guide explained that many have experienced the staircases upward as a vortex for spirits. I also felt a shiver over my body in the unfinished earthen basement and in the bar area. I may come back to experience this overnight.

Captured several ghostly images to the left of the staircase. Looks like the bellhop ghost seen the frequently. One image is half of a face. One of a guy in tails with white shirt and skeleton hands. Another same clothes, but face looks like a cartoon caricature. On right side of staircase is the image of an ancient Chinese emperor. This was all captured in about 10 minutes time with a cell.

Wow! That’s absolutely incredible. We didn’t have any paranormal experiences during our visit but I love hearing about them. Thanks for reading!