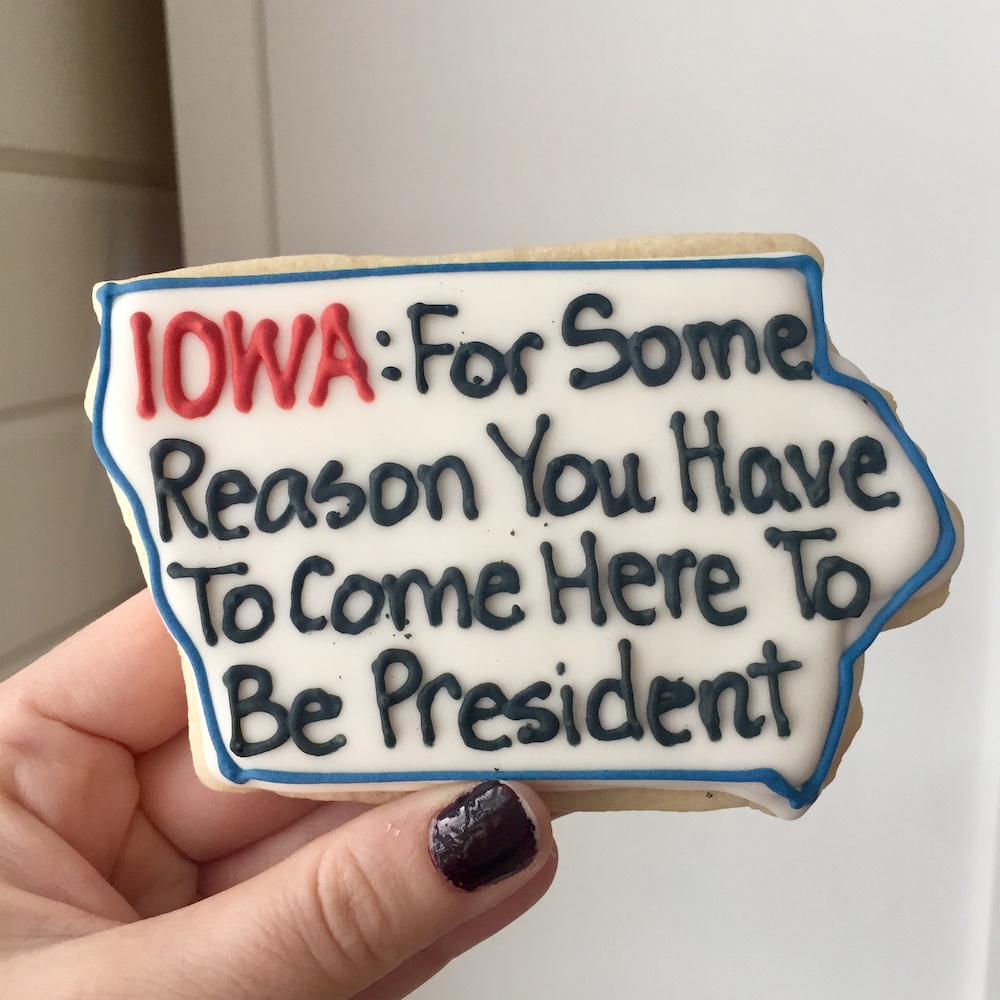 If you don’t pay much attention to politics (or don’t live someplace where the presidential election cycle has been impossible to ignore for nearly a year), an Iowa caucus tourist guide might not make a lot of sense. Since early 2019 Iowa has been a hub for every 2020 presidential hopeful as well as the onslaught of staff, media, and national attention that comes with them.

Sure, it can be annoying to be delayed by a motorcade or stopped by security while trying to pick up lunch because a candidate happens to be dining at the same eatery. But the Iowa caucuses are also an amazing time to show my out-of-state friends (and everyone else) all our state has to offer—even in the dead of winter. Plus, it doesn’t hurt that we get cool write-ups in publications like POLITICO. Or that Ben and Jerry once hung out at a coffee shop a few blocks from my house.

With the 2020 Iowa caucuses swiftly approaching, there’s no better time to plan a politically-fueled trip to Iowa. If you happen to be passing through Des Moines during caucus season, I’ve compiled some of my favorite things to do in Iowa’s capital city as well as where you’re most likely to spot a candidate or two. As an Iowa caucus tourist there are lots of things to see and do—even if you can’t actually caucus.

But first, what even is a caucus? And why does Iowa get to vote first?

So What is a Caucus? And Why Does Iowa Go First?

When I first moved to Iowa, I had no idea what a caucus was. In the simplest of terms, a caucus is essentially a community meeting that serves as Iowa’s version of the presidential primary. However, the caucus process looks different between the Democratic and Republican parties.

During a Democratic caucus, attendees group together in support a specific candidate. In order to earn a delegate, a candidate must have the support of least 15% of participants at that caucus site. If not, those individuals must realign themselves with a different candidate for the caucus to move forward. During a Republican caucus, participants simply cast a vote for the candidate of their choice. Based on these votes or groups of supporters, each precinct selects delegates who will go on to county and then state convention. If you want to get deeper into the nitty gritty of caucusing, I found this Des Moines Register article really helpful.

So why is Iowa the first state to officially weigh in on presidential candidates? After the 1968 Democratic National Convention, the party decided it wanted to spread out the presidential primary schedule. Because Iowa has one of the more involved processes, it was decided the Hawkeye State would go first. In 1972, Iowa’s Democratic caucus was the first in the nation with the GOP following in 1976. Iowa’s place as first in the nation is often a contentious topic, but so far, the state has held on to its rite of passage. For more opinions about this, NPR’s Sam Sanders has a great piece on the history and relevancy of Iowa in the presidential cycle.

If you want even more information about the Iowa caucuses and the 2020 road to the White House, Iowa Public Radio reporters Clay Masters and Kate Payne have a great podcast called Caucus Land.

2020 Caucus Activities—Other Than the Caucus Itself

Other than attending an actual caucus on February 3, there are other things you can do in the weeks leading up to the event to get in the democratic spirit. From education-focused events to brushes with the national media, there are no shortage of things to do come caucus time.

History on the Rocks: Caucus and Cocktails 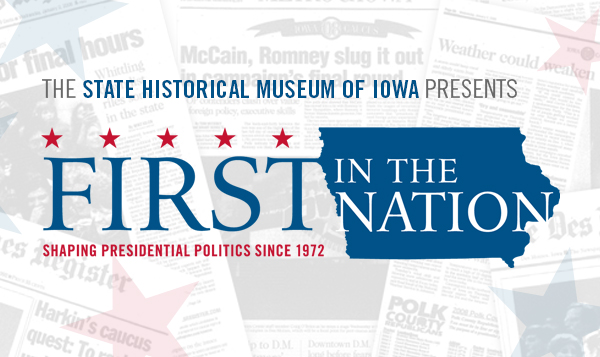 The State Historical Museum of Iowa‘s “First in the Nation” exhibit is a great way to learn more about Iowa’s role in presidential elections. Add a little something extra to your visit during their History on the Rocks: Caucus and Cocktails event, which will include a mock caucus of Iowa entertainers, tour of a C-SPAN bus and more. If you’re a visiting non-Iowan, this is the perfect opportunity to get in on the caucus experience!

Head to RAYGUN to purchase all the caucus-themed sweets you’ll need to make it through the final primary push! One Sweet Kitchen’s Caucus Cookie Pop-Up will feature incredible regular and vegan sugar cookies with fun sayings by Iowa’s cheekiest T-shirt shop.

If you’re love NPR’s Morning Edition, it might be worth waking up early to see its live broadcast from Iowa! Hosted at Smokey Row Coffee in the early morning hours of February 3 and 4, stop by to see hosts Rachel Martin and David Greene in action. Did I mention they’ll have free coffee?

Where You Might Spot a Candidate in Des Moines

It’s no secret that leading up to caucus night the state is overrun with presidential hopefuls. Its capital city of Des Moines is no different. While you never know where you’ll spot a candidate, these places have been popular the last few presidential election cycles.

If you don’t want to leave things up to chance or are looking for a more formal campaign event, the Des Moines Register has a really helpful candidate tracker. This online tool aggregates all of the campaign events happening around the state and puts them in one easy-to-use calendar. 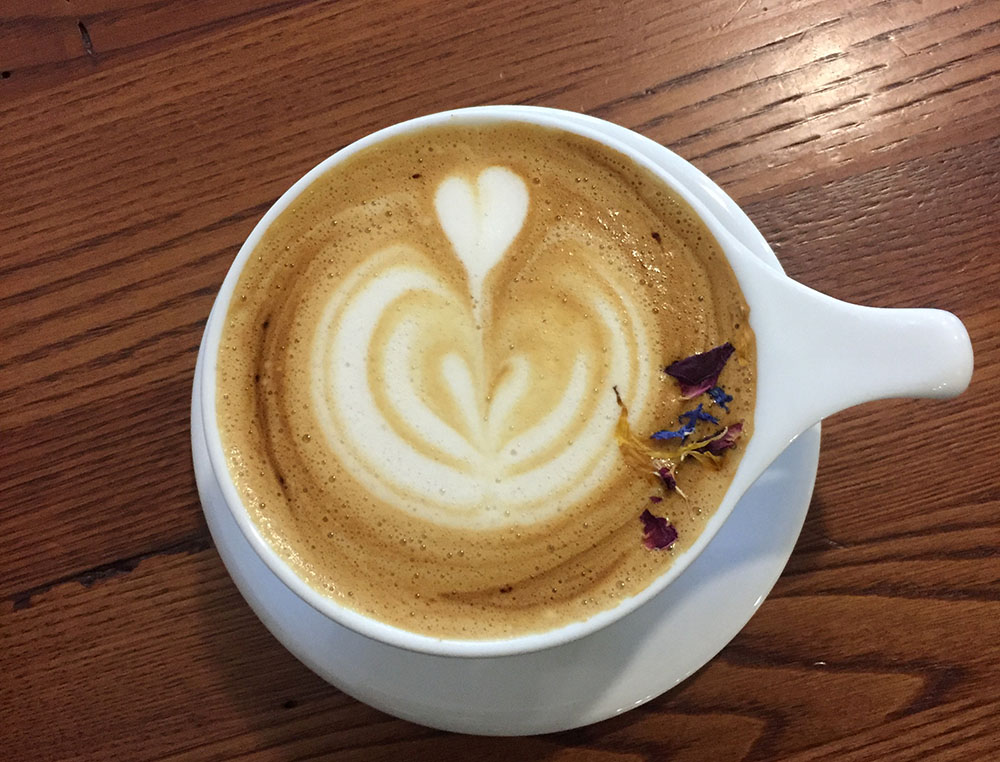 During this caucus cycle, Horizon Line Coffee has attracted its fair share of notable visitors. The Presidential candidate Cory Booker stopped by the shop while he was in Des Moines. Mandy Moore and her husband, Taylor Goldsmith, also made a recent visit to this trendy coffee bar on their way to Ames to stump for Pete Buttigieg. 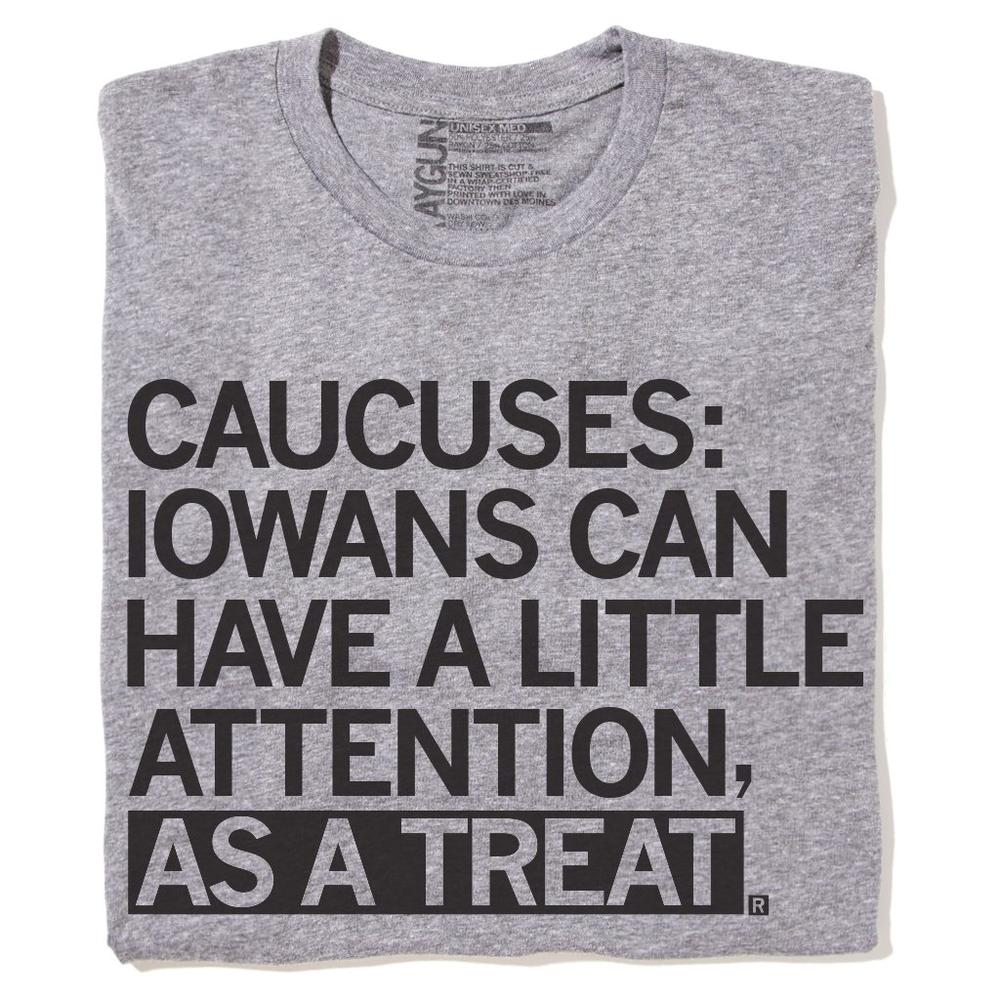 No visit to Des Moines is complete without a stop in RAYGUN. But Iowa caucus tourists aren’t the only ones picking up a cheeky T-shirt and irreverent Midwest-themed postcards to send to their friends back home. Not only do candidates inspire the apparel at RAYGUN, but they’ve also been known to visit the shop.

The East Village’s Scenic Route Bakery feels like the epicenter of candidate sightings in Des Moines. Located blocks from the Iowa State Capitol this spacious cafe is the perfect venue for political drop-ins. It was a favorite of former Secretary of State Hillary Clinton and her staff during the 2016 election cycle. It’s also where I saw New York Sen. Kirsten Gillibrand in early 2019 before she had officially announced her presidential run. 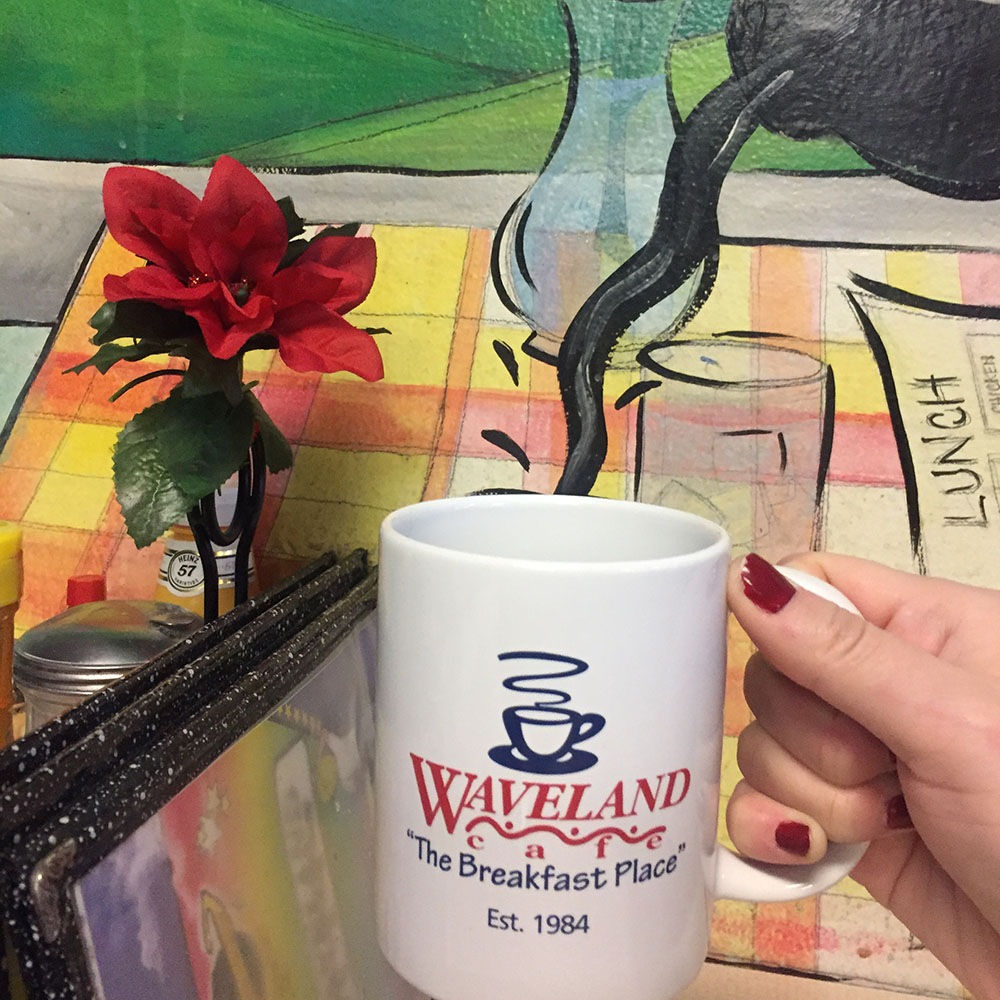 The Waveland Cafe is quite possibly one of my favorite breakfast spots in Des Moines. Coincidentally, it’s also a popular place for national media and presidential hopefuls. In 2000, Tom Brokaw hosted a live broadcast from the neighborhood diner. Since then the greasy spoon has become a popular spot for political figures even outside of the election cycle. While you wait for your food (which should definitely include the hash browns), sip some coffee and try to see how many political candidates’ and news anchors’ signatures you can spot adorning the walls.

Things to Do as an Iowa Caucus Tourist

When you’re not meeting a potential president, there are lots of other things to do in Des Moines during the winter. No Iowa caucus tourist guide would be complete without recommendations for things to do, places to eat, and craft beer to drink.

There are so many delicious places to eat in Des Moines that you could spend weeks just trying new restaurants. Pass the time in between campaign events by exploring restaurants solo or taking a guided tour with the Iowa Tour Company.

Grab a Pint at a Des Moines Brewery

Des Moines is full of incredible craft breweries. When the weather gets chilly, there’s nothing better than grabbing a pint (or a flight) at a local brewery. Read more about Des Moines breweries… 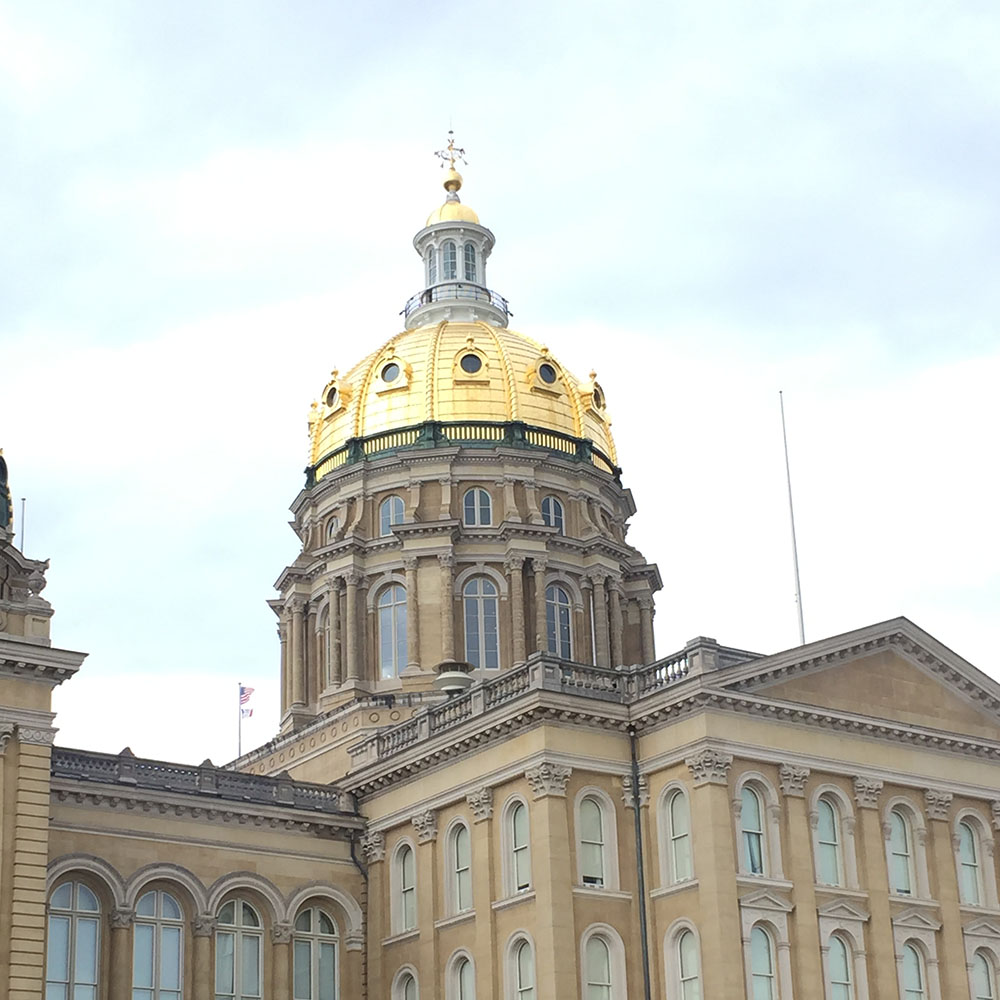 As an Iowa caucus tourist, it only makes sense to tour the epicenter of state politics—the Iowa State Capitol. Be sure not to miss the gorgeous law library and beautifully intricate rotunda.

Warm Up at the Greater Des Moines Botanical Gardens 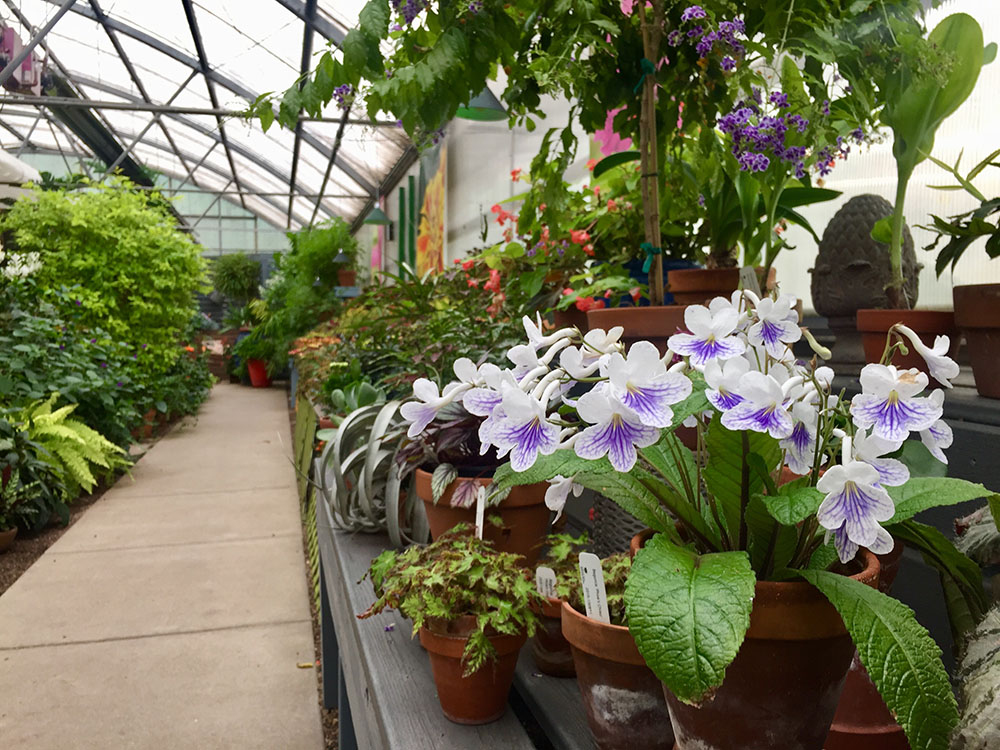 Winter can be a tough time to plan a trip to Iowa so the Greater Des Moines Botanical Gardens is the perfect place for a warm reprieve.

I would love to hear from you! If you’re a local, what would you include in your Iowa caucus tourist guide? If you’re headed to Iowa to experience the political frenzy, what do you want to know? 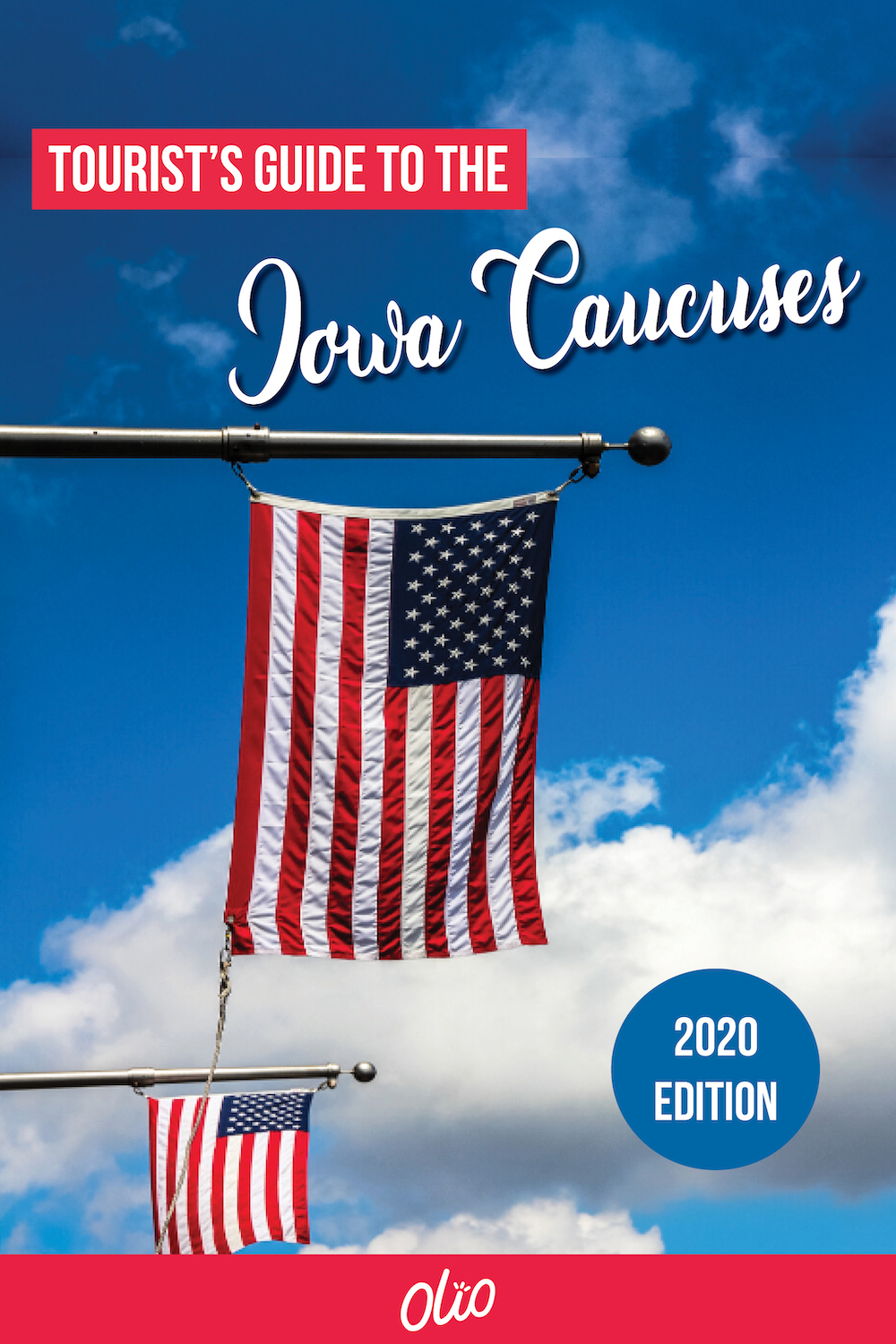 Load More...
This error message is only visible to WordPress admins