It’s really no secret that I love donuts (I’ve blogged about them before too). So it’s not surprising that a number of friends passed along articles about and gave their hearty recommendations of one of Chicago’s newest donut eateries—the Doughnut Vault. While working from the city a few days last week, I took the opportunity to indulge in an early morning donut run. While the Doughnut Vault truck I passed on Wacker was already sold out—in under 20 minutes, people!—I made my way to their Franklin Street location. The storefront is small and almost missable, if not for it’s blue door and vintage inspired mural advertising the shop’s sweets. 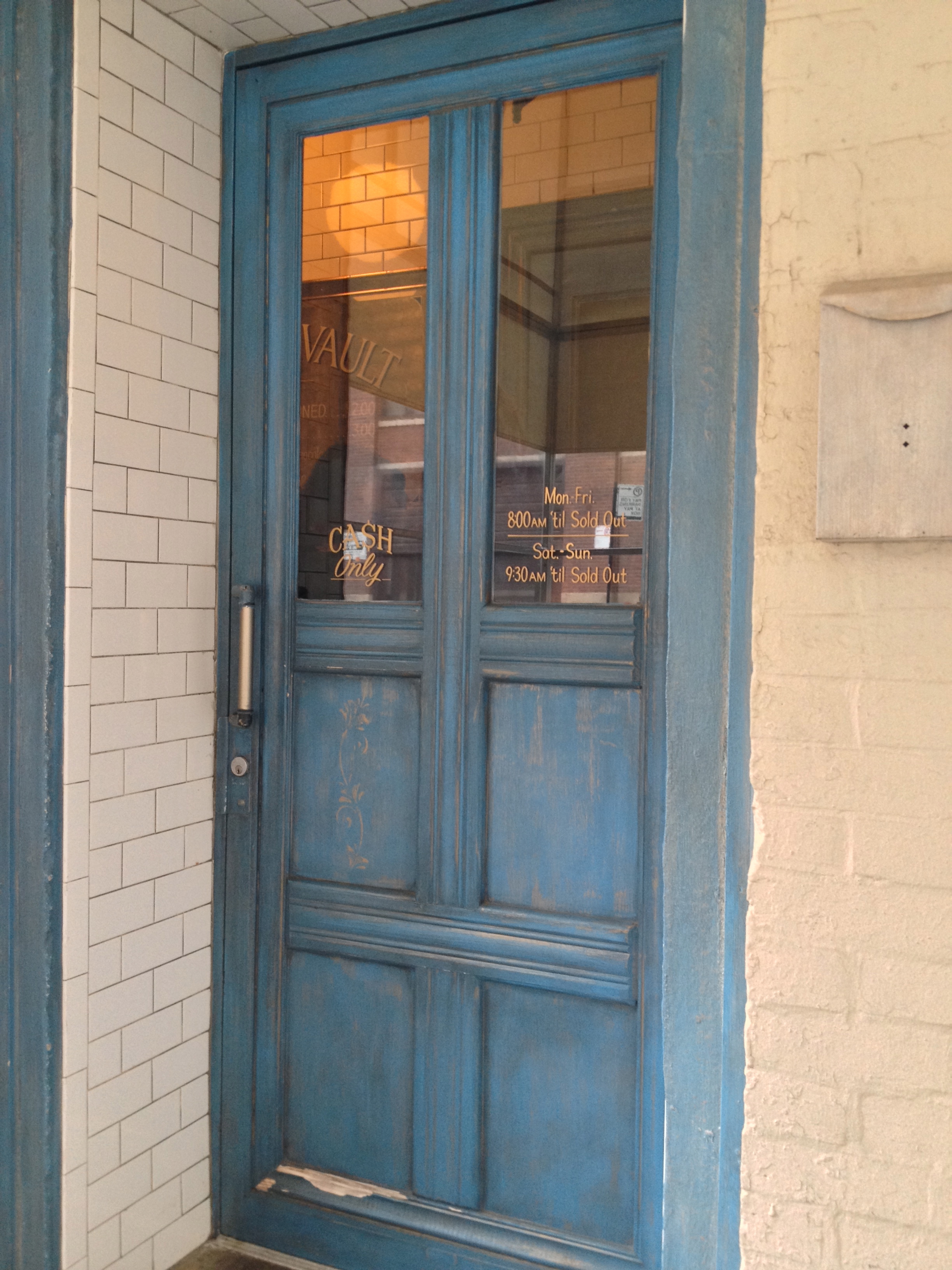 Inside the shop is charming—albeit only being about 4 feet by 12 feet—and decorated with gilded mirrors, art deco tiling and the most beautiful gold cash register. Like all delicious things, Doughnut Vault’s sweets generally sell out within an hour or so of them opening.

Luckily I was able to nab a chestnut glazed donut before they ran out entirely. But be warned: the glazed donuts are huge—not that I’m complaining. My giant donut was only $3, but be advised if you’re planning a visit, Doughnut Vault only accepts cash. After ordering a steaming latte from Intelligentsia I settled in for the morning with my coffee and the most wonderful donut I’ve ever had. Best Thursday ever. 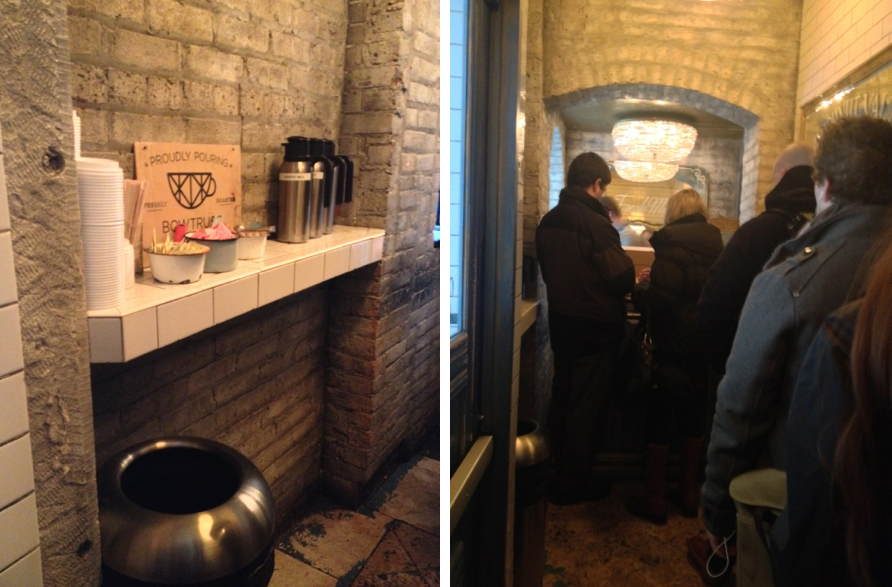 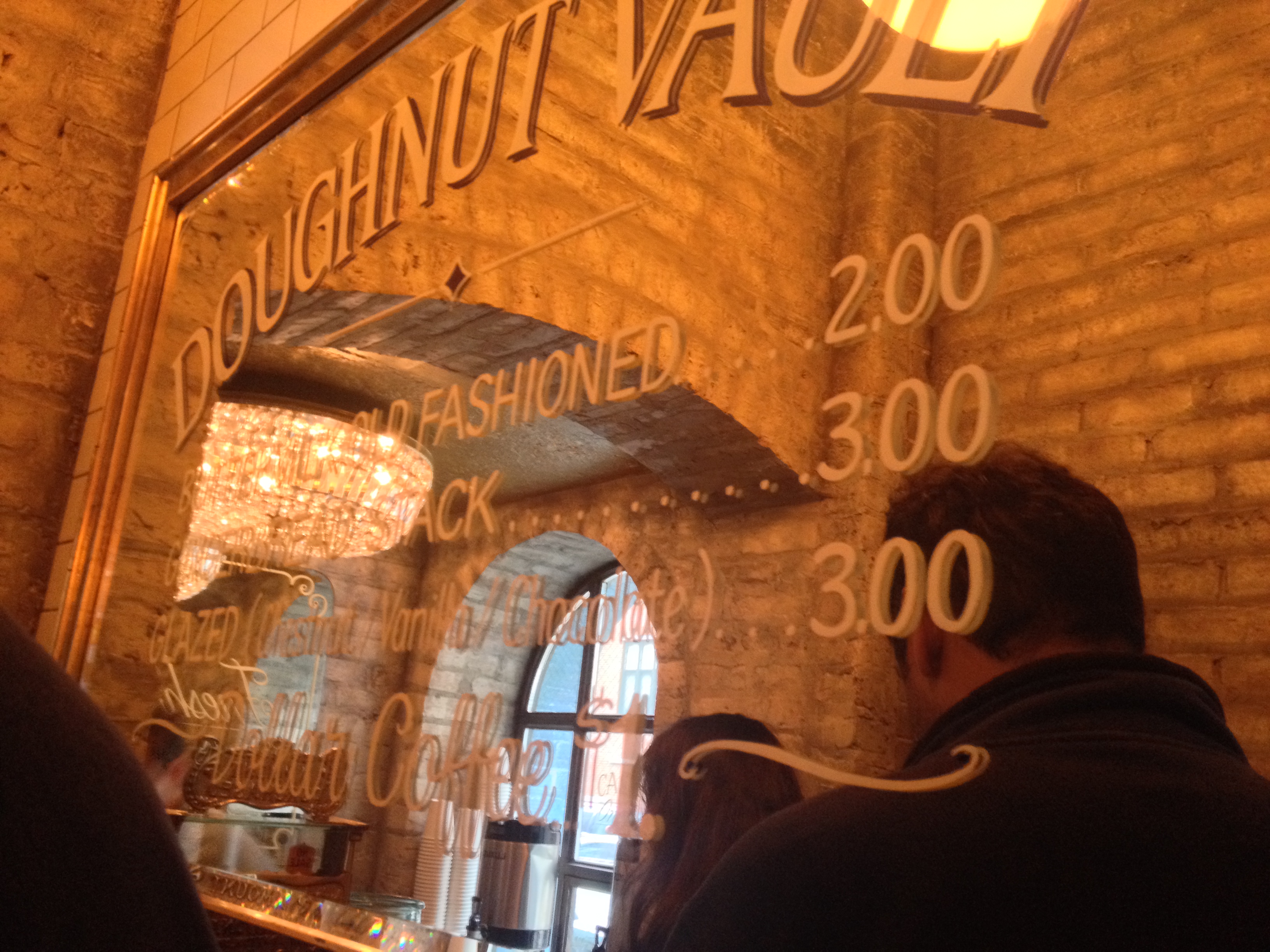