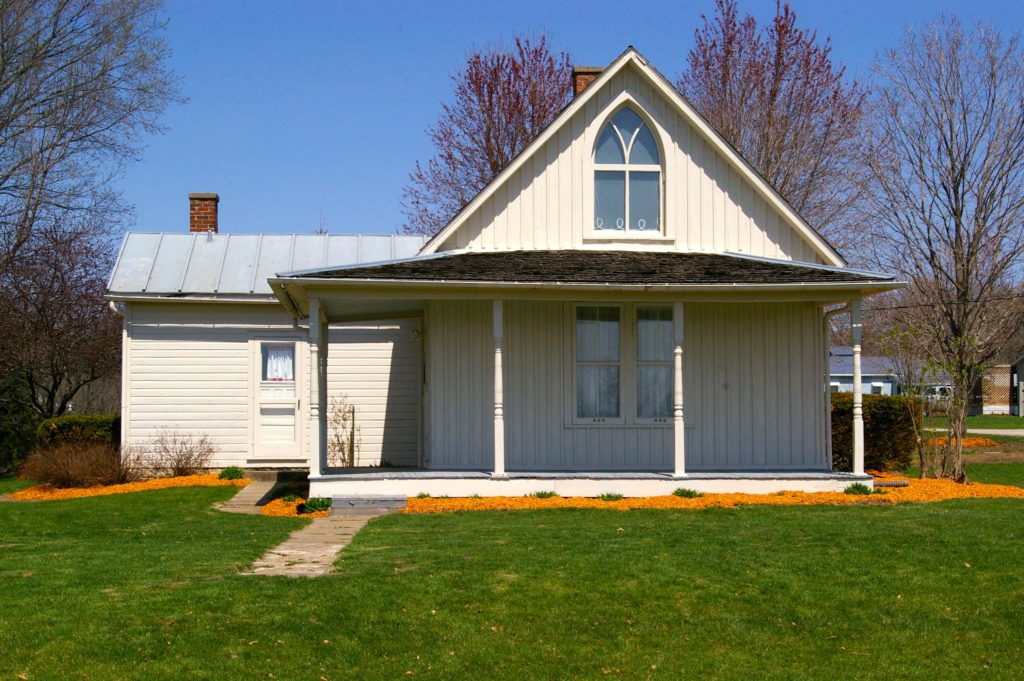 The American Gothic House has always been a favorite Iowa attraction of mine—why else would I visit three times in the past two years? So when I learned the home was going to be opened to the public, I knew I needed to visit again.

On my way toward the Villages of Van Buren, I made a quick stop in Eldon, Iowa. It was a little disappointing that there was no pie to look forward to, but I was excited to be able to take a peak inside the American Gothic House.

What’s Inside the American Gothic House?

So you’re prepared, the house is small—both in floor plan and in proportion. It’s so small, in fact, that the State Historical Society (which owns the home) has decided that the staircase to the second floor is too narrow and low to make it easily accessible to visitors. Otherwise, the inside of the house is a “hodge podge”—according to one volunteer—of styles and time periods. With an updated kitchen, complete with vibrant, red cabinets, and a closet-sized bathroom, the rest of the home is unfurnished for the time being. 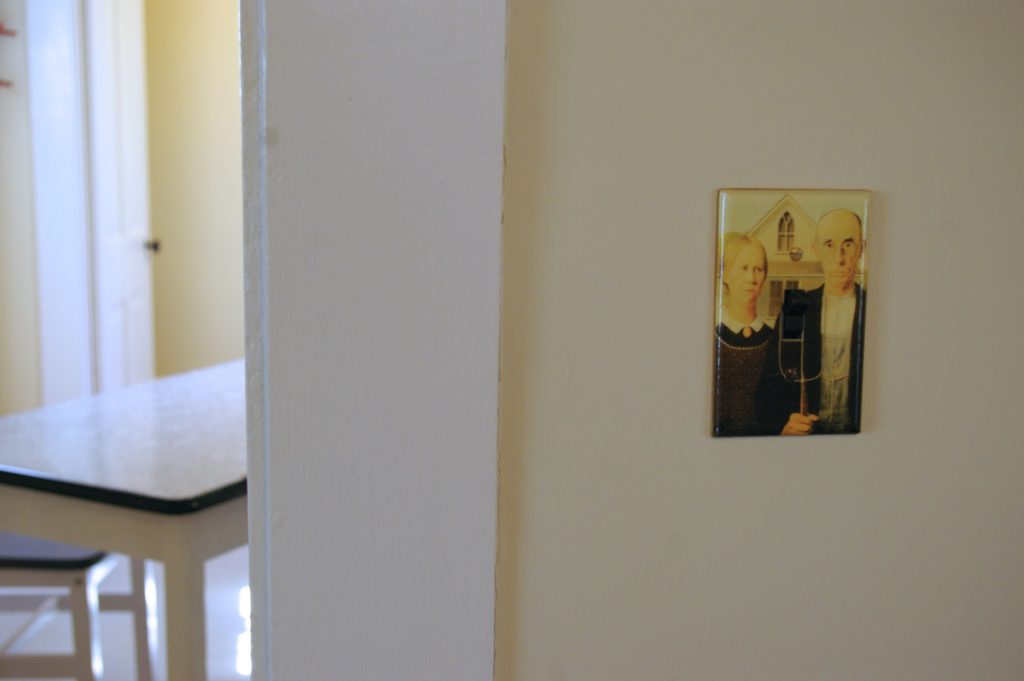 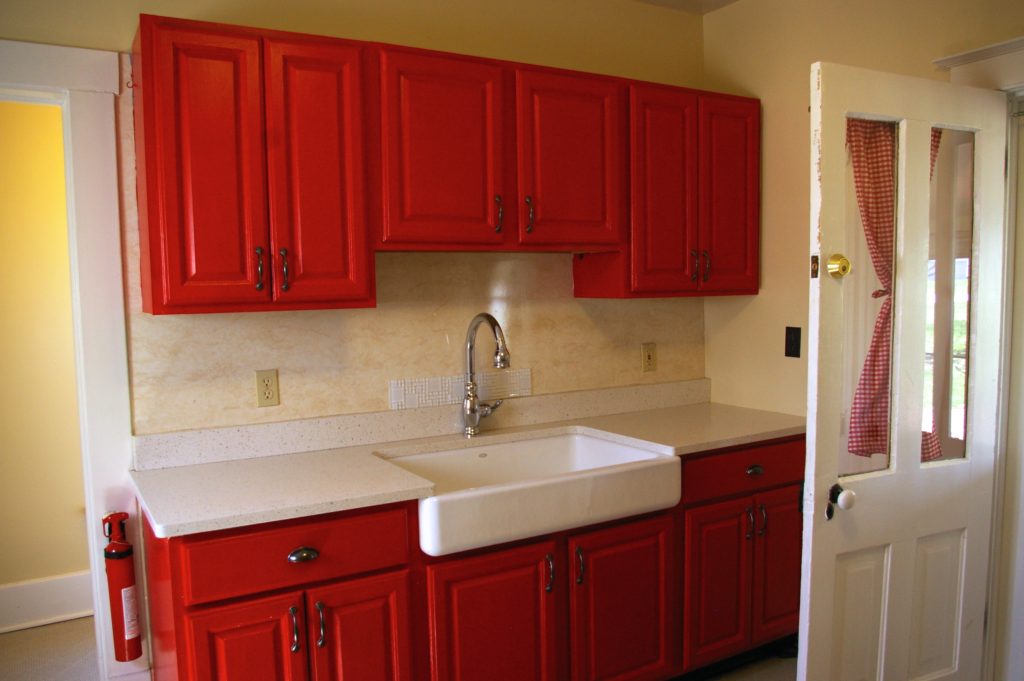 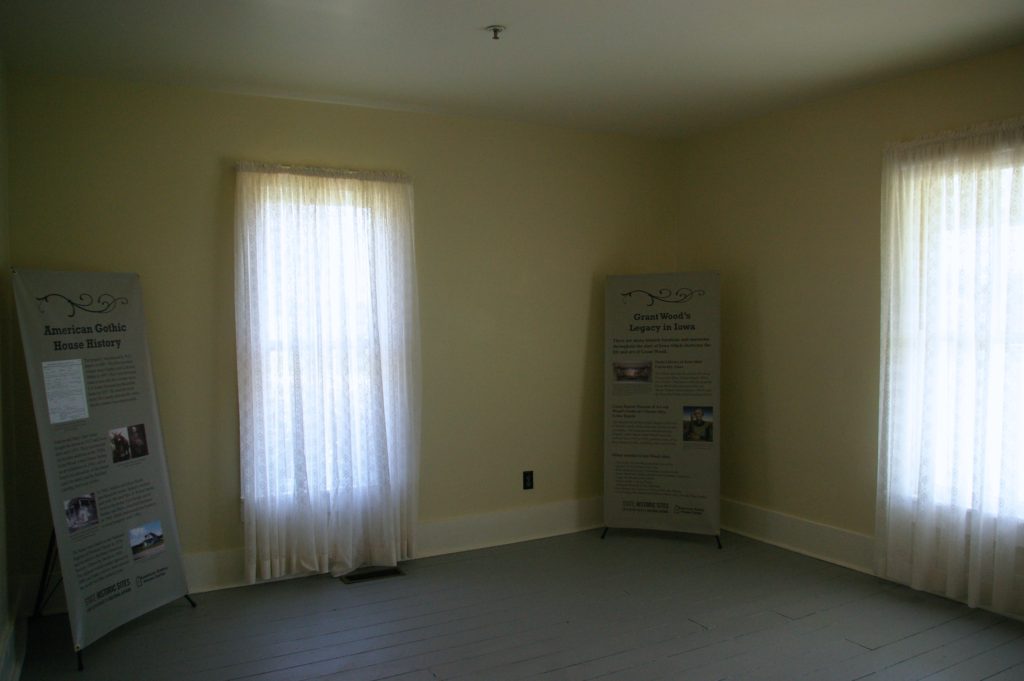 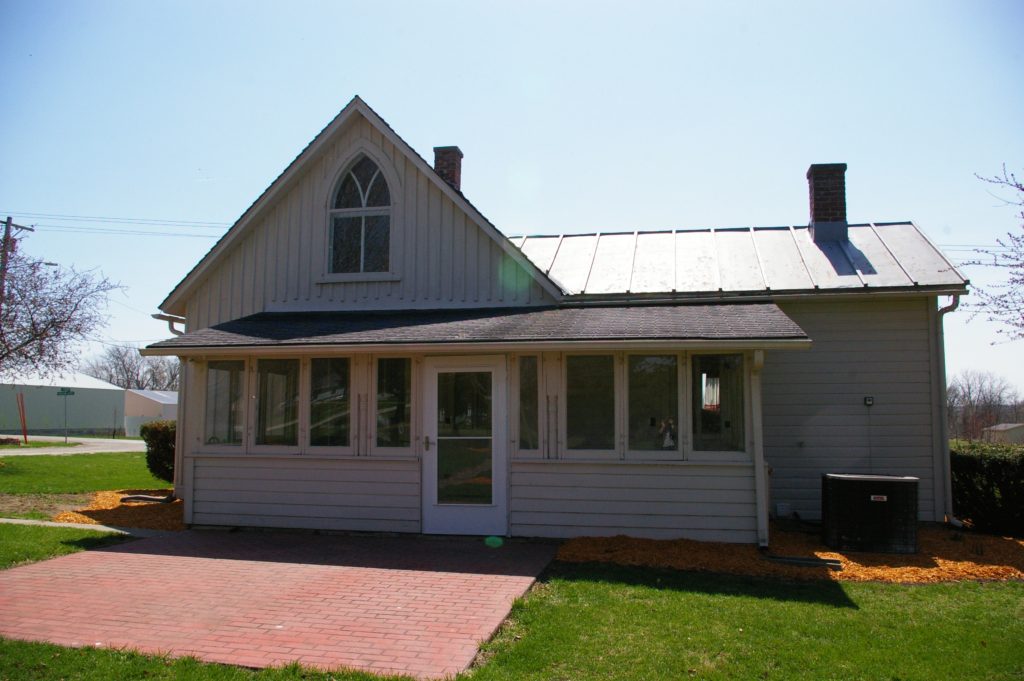 For the past 50 years or so, the house saw a variety of rental tenants. Most recently author and renowned pie maker Beth Howard was the tenant. But when she moved out in 2014, my tour guide mentioned that the State Historical Society of Iowa decided that the logistics of finding a new tenant weren’t worth the additional income. Can you believe rent was only $200 a month? There go my dreams of living in a tourist attraction…

Now the space will be open to visitors and used for occasional programs the American Gothic House Center may host. Even though there’s not that much to see, it’s definitely worth the trip to look inside this iconic Iowa home.

The History of the American Gothic House

The original house—with the two iconic Gothic windows—was built between 1881-82 by Catherine and Charles Dibble. Fun fact: When it was added to the National Register of Historic Places in 1974, the home was listed as the Dibble House to honor its original owners.

“It is unknown why the Dibble family chose to include Gothic windows in the gables of their home. It is believed that the windows were purchased through the Sears and Roebuck catalog, but why they chose a window that is more associated with church architecture no one knows for sure. One thought is among the struggles of life and work, this was one way that the Dibbles were able to add a little beauty to their everyday lives.” – American Gothic House Center

The home changed hands between a number of families over the years before the kitchen addition was added in the 1920s. In August of 1930 Grant Wood visited Eldon, Iowa for an art exhibition. During his visit, artist and Eldon native John Sharp took Wood on drive through town. This is when he first saw the house that inspired American Gothic.

In 1942, Seldon and Myra Smith purchased the house. Their son, Carl, owned and maintained the home until 1991. In that time, renters included multiple Eldon postmasters, a school teacher, and a pie maker, among others.

It wasn’t until the late 1980s that the State Historical Society of Iowa began negotiations to acquire the property and turn it into a state landmark. In 1991, the home’s owner Carl Smith donated the property to the State. By then the community had formed the Gothic Area Tourism of Eldon to help promote the city and American Gothic House. In 2007, the American Gothic House Center opened to educate visitors about Eldon’s local claim to fame.

If you’re interested in a more detailed chronology of the house’s ownership, the American Gothic House Center has a great one.

If You Visit the American Gothic House

Now that it’s not a private residence, the American Gothic House is open to the public. Visitors are permitted from 10 am to 4 pm on the second Saturday of the month from April to October. When you arrive, head inside the Visitor’s Center. They’ll direct you to the back door of the house to begin your tour.

If you happen to visit another time, the American Gothic House Center is a great alternative. Watch an informational video and browse their exhibition on Grant Wood. Marvel at some of the most inventive American Gothic parodies. And don’t forget to take your complimentary photo dressed as the subjects of American Gothic. I promise it’s worth it.

I would love to hear from you! Have you visited the American Gothic House? What was your favorite part of the experience? 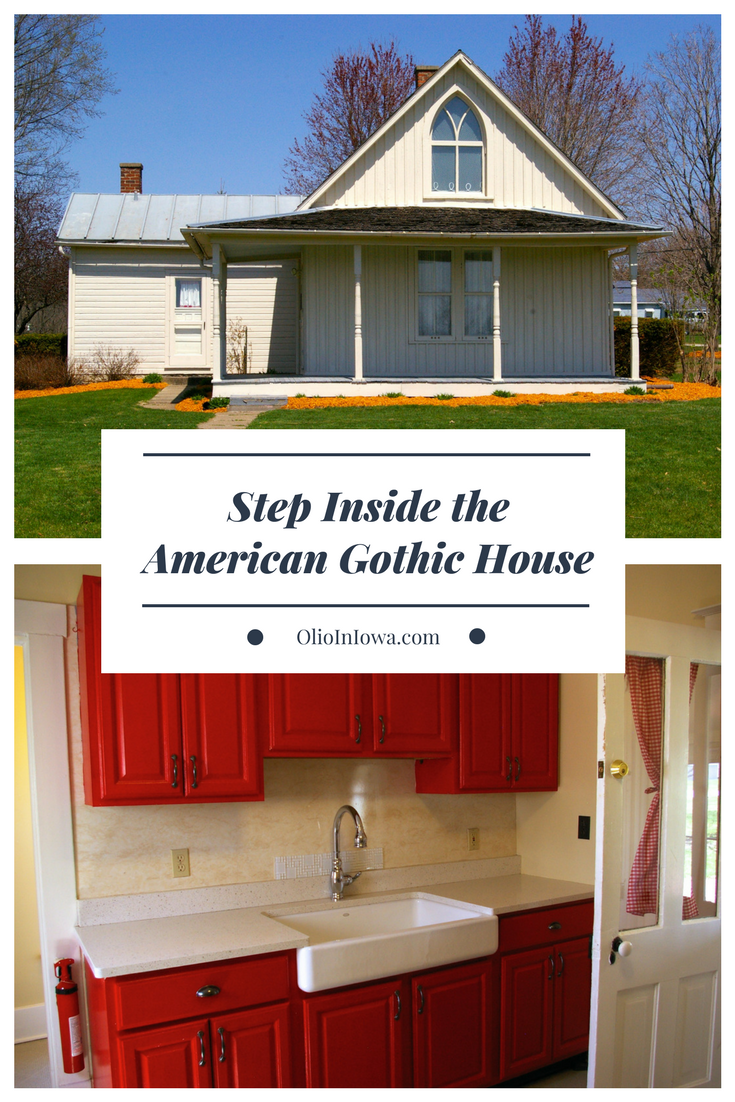 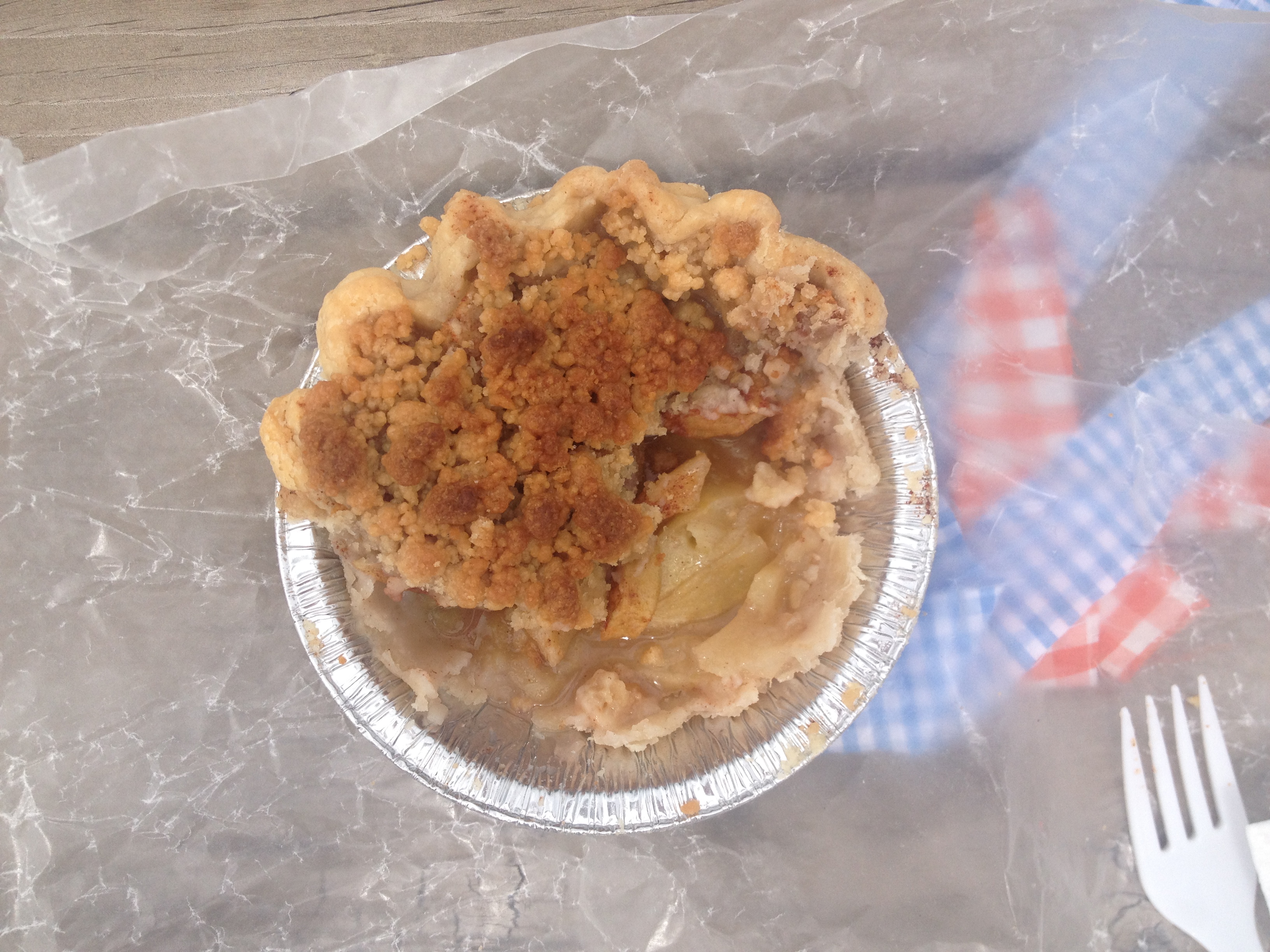 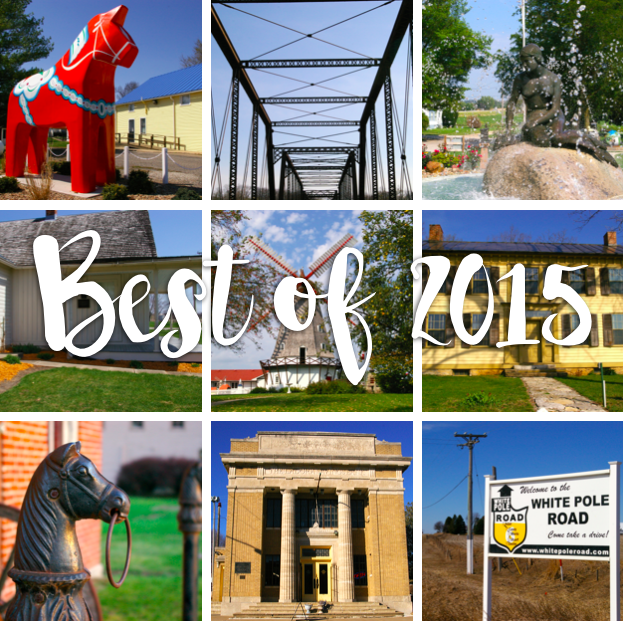 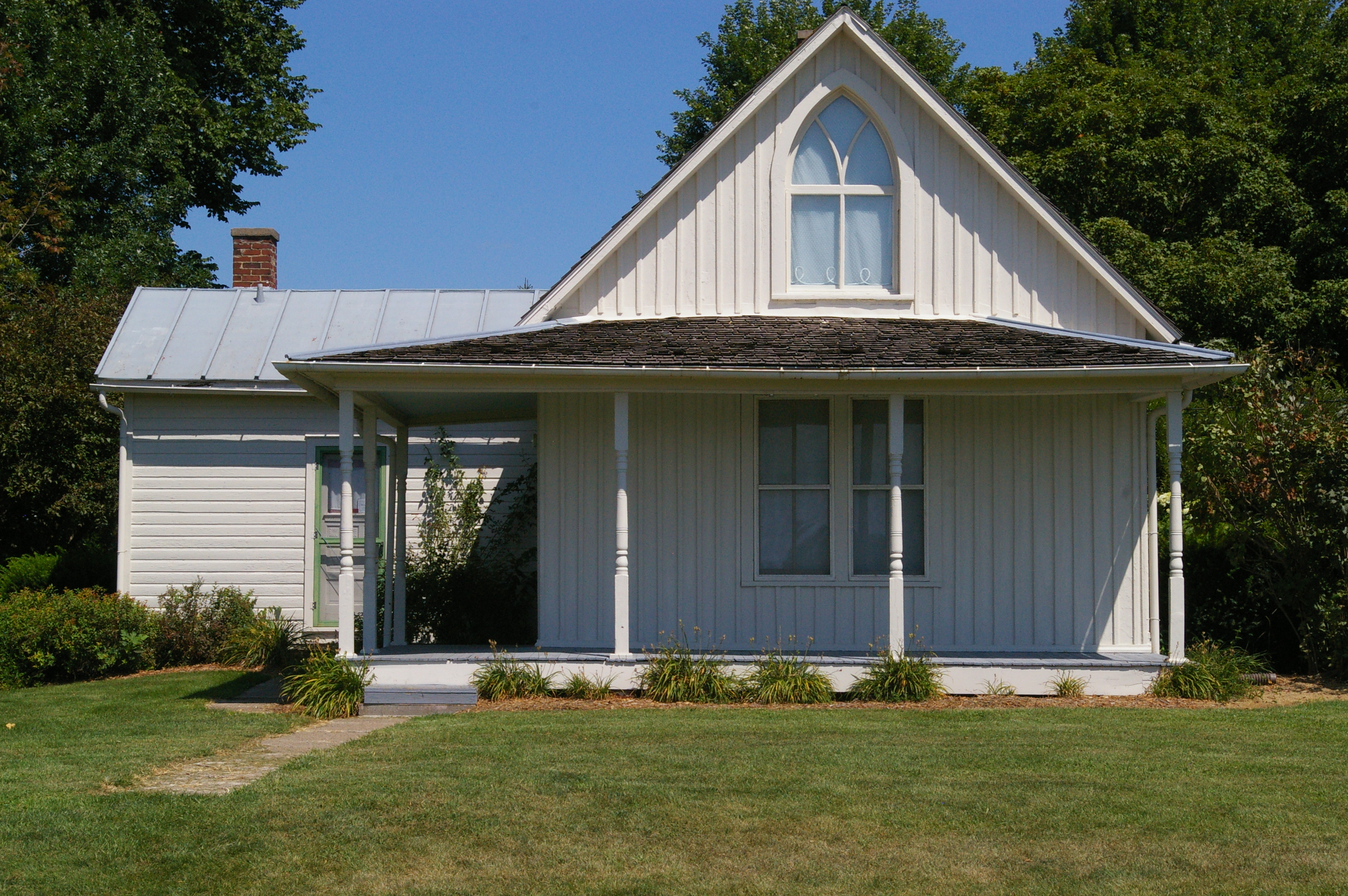 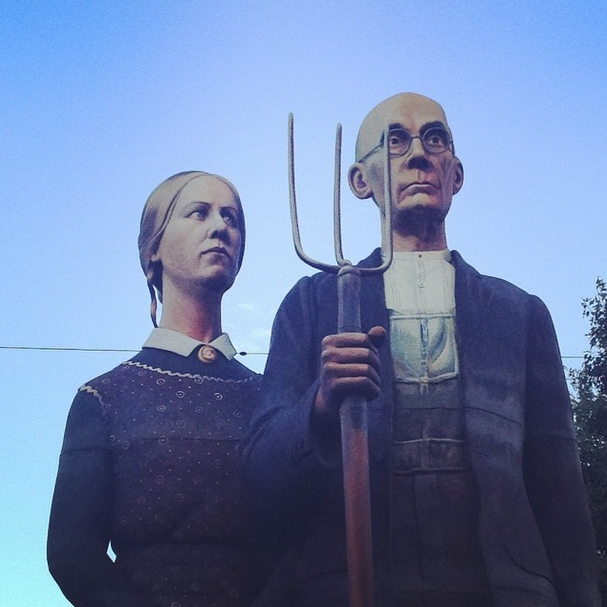 Looking for the perfect way to elevate your on-the