Disclosure: As an attendee of the Travel Bloggers Exchange (TBEX) North America conference, Explore Minnesota as well as a number of the organizations included in the post below hosted my visit to Stillwater. All opinions are my own. 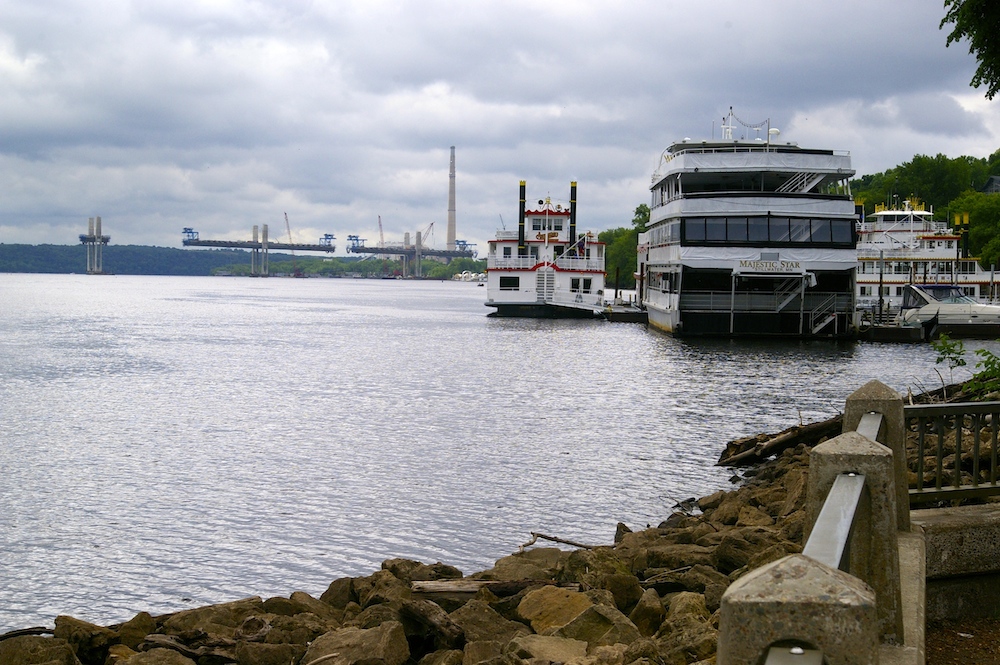 Located on the banks of the St. Croix River just half an hour northeast of Minneapolis, Stillwater, Minnesota is a serene haven full of beautiful homes, incredible restaurants, and small town charm. As part of TBEX, attendees are offered a number of pre-conference tours. After carefully combing through the various day trips, I landed on Stillwater, and I couldn’t be happier with my decision.

As our bus wove through the hilly streets, I couldn’t help but be reminded of the charming lakeside towns in Michigan I grew up exploring and the beautiful architecture and views of Iowa bluff towns like Dubuque and Burlington. Today, the town of Stillwater has population of about 20,000, and has been named one of the best towns for fall colors by Travel and Leisure and one of America’s prettiest towns by Forbes. Wandering the streets it’s easy to see why. 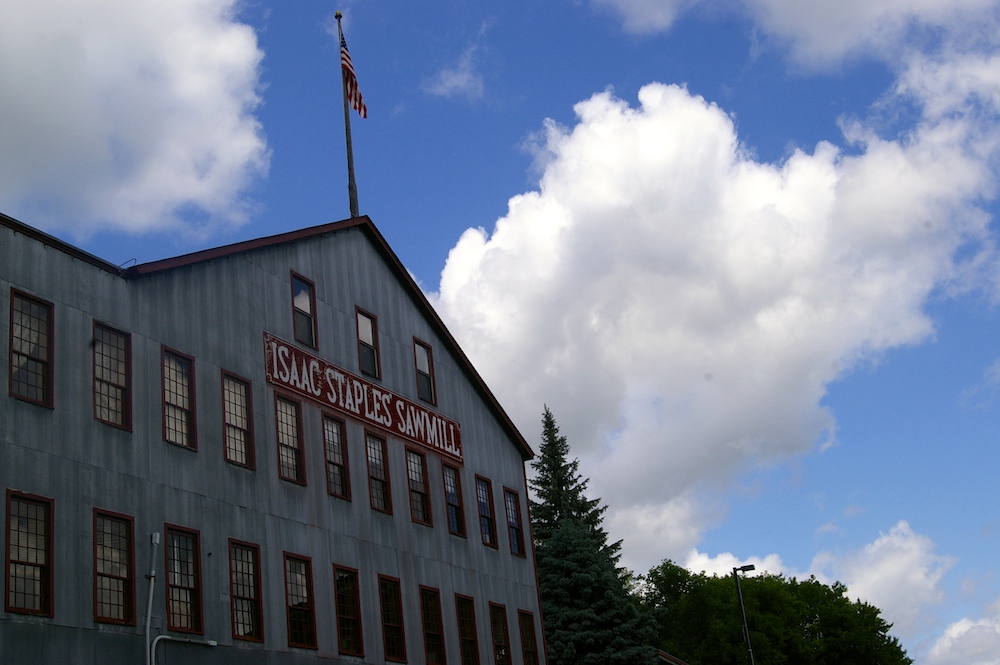 A bit of history about Stillwater, MN

Officially incorporated in 1854, Stillwater—named for the calm waters of the St. Croix River—was once one of the great lumber capitals of the world. At one time home to one of the largest white pine forests known to man, lumbering was a huge part of the the Minnesota town’s early history.

During the late 1800s, thousands of trees were felled and processed at Stillwater’s many sawmills, creating an industrial boom that drew workers to the area in droves. When the volume became too high to be handled locally, logs were floated downriver to sawmills in Iowa or even Missouri. But as the area changed and evolved, the town moved away from its logging tradition.

Another wonderful bit of Stillwater’s story is its historic lift bridge. Built in 1931, the Stillwater Bridge is one of only three functioning lift bridges in the country. During the summer months, the bridge raises and lowers every half hour to allow boats to pass which, according to locals, can cause quite the traffic backup. A new bridge, slated to be completed later this year, will soon take the lift bridge’s place and ease some of the popular tourist destination’s traffic woes. Once the new bridge is complete, our tour guide told us the historic lift bridge will continue to function but will be used as a pedestrian and cyclist bridge connecting Minnesota and Wisconsin. 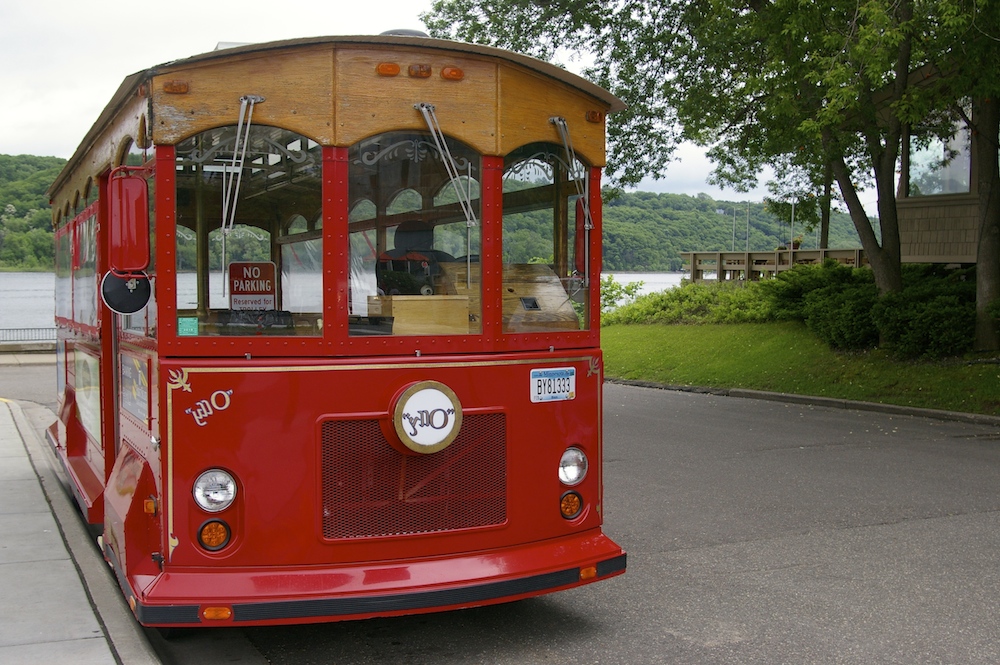 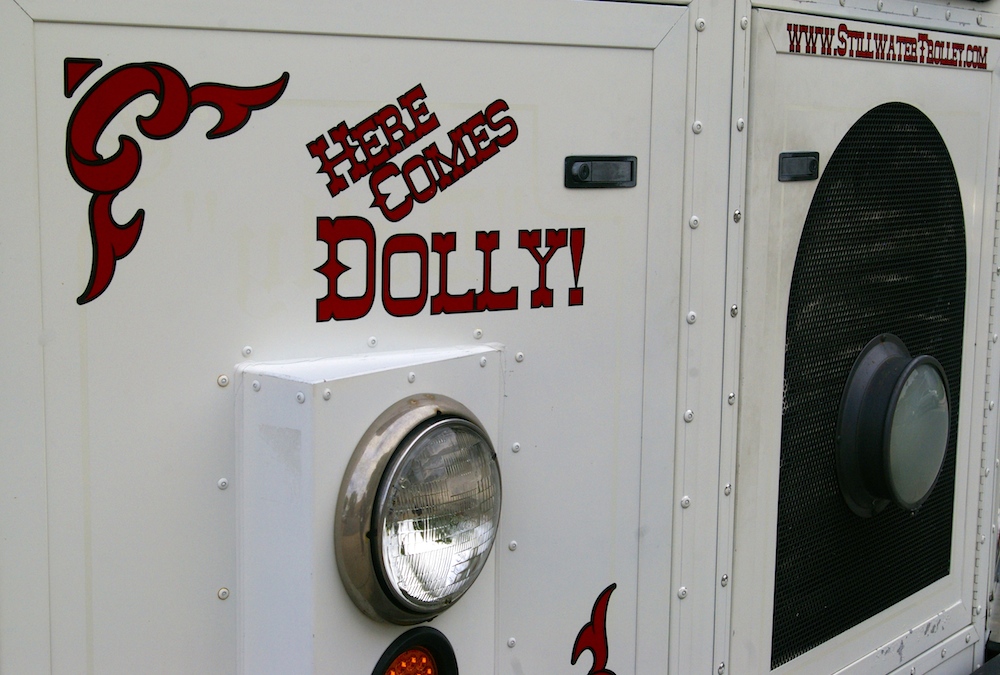 After we stretched our legs along the banks of the St. Croix, we boarded “Dolly” the trolley with the owner of the Stillwater Trolley Company for a complimentary tour of some of the city’s most historic homes. In Stillwater’s early days, it was the wealthy families and lumber barons who resided high along the banks of the river. Though in those days the views weren’t so much for the scenic view as to get away from the shoot and debris of the town’s many sawmills. Today many of the stately Victorians have been restored to their former glory and glimmer like brightly colored jewels on the river’s high bluffs.

I loved cruising up and down the hilly streets of Stillwater, admiring the colorfully painted historic homes. For every massive mansion it seemed there was an equally adorable cozy cottage, each with its own special type of charm and a smiling resident waving to us as the trolley sped past. 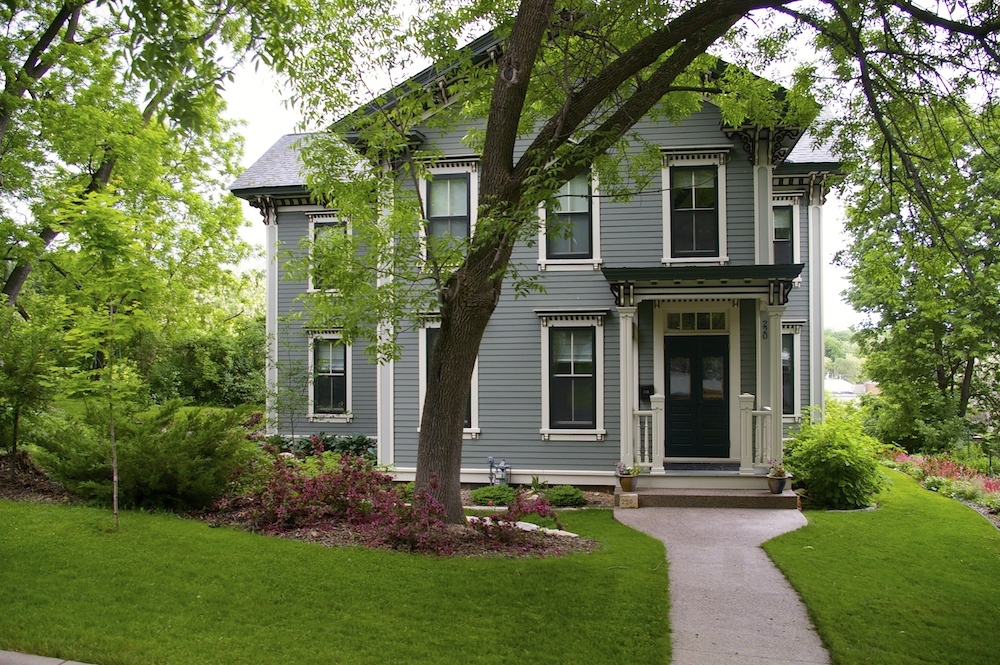 While some remain private residences, many of Stillwater’s historic homes have also been renovated and turned into bed and breakfasts. In fact, if you’re planning your own visit to Stillwater, you’ll have almost a dozen different historic inns to choose from. 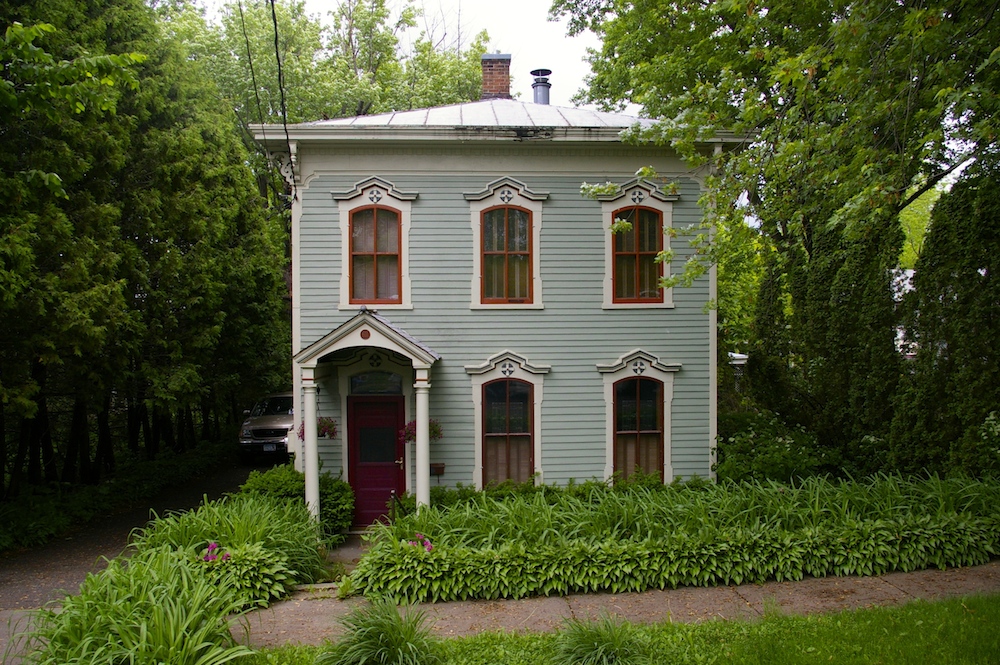 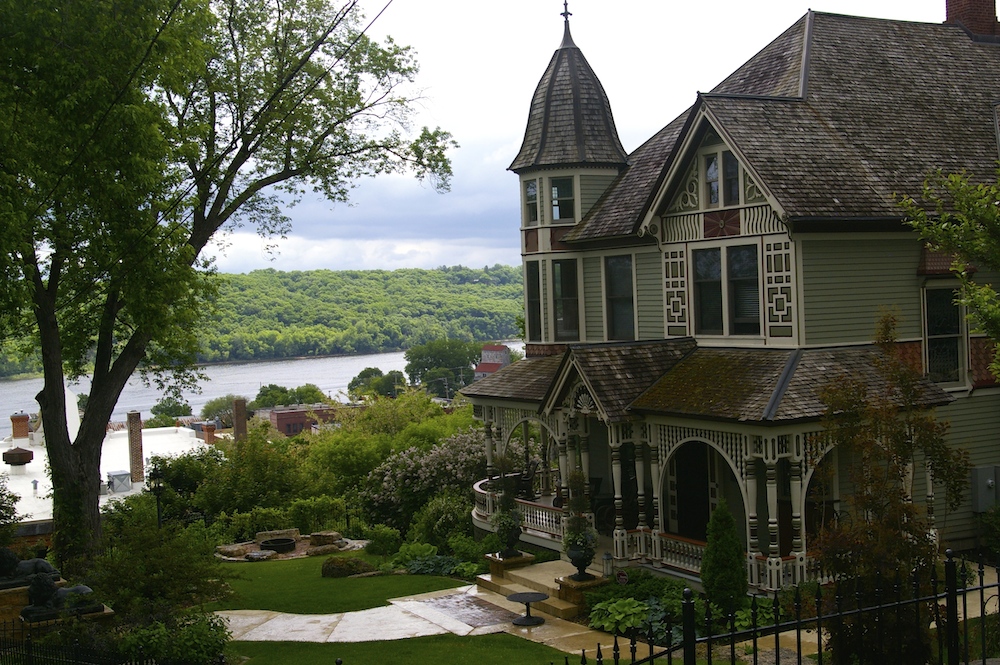 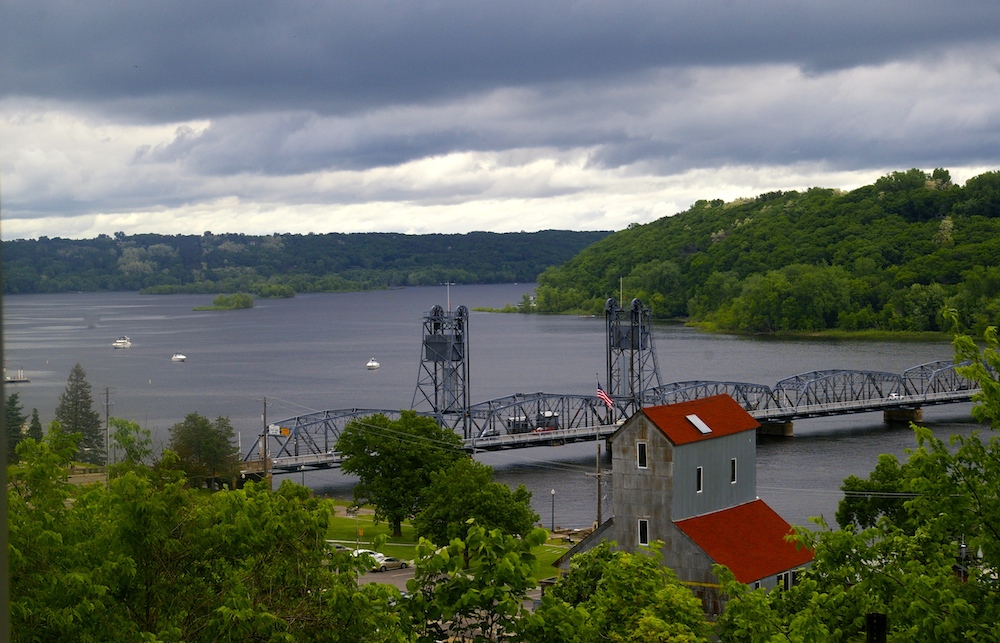 After our trolley ride, the Stillwater Convention and Visitor’s Bureau treated our group to lunch at Charlie’s Restaurant and Irish Pub located in the historic Water Street Inn. Afterward we wandered the town’s winding streets filled with mouth-watering shops like Brown’s Ice Cream and Candyland as well as a handful of charming bookstores and a coffee shop housed in a historic grain elevator, aptly named Tin Bins.

Strolling alongside the river in Stillwater, it’s easy to see why so many vacationers are drawn to the banks of the St. Croix each year. While my afternoon in Stillwater was brief, I’m not worried about missing out on this Minnesota town’s magic. I know the river will be calling me back again soon. 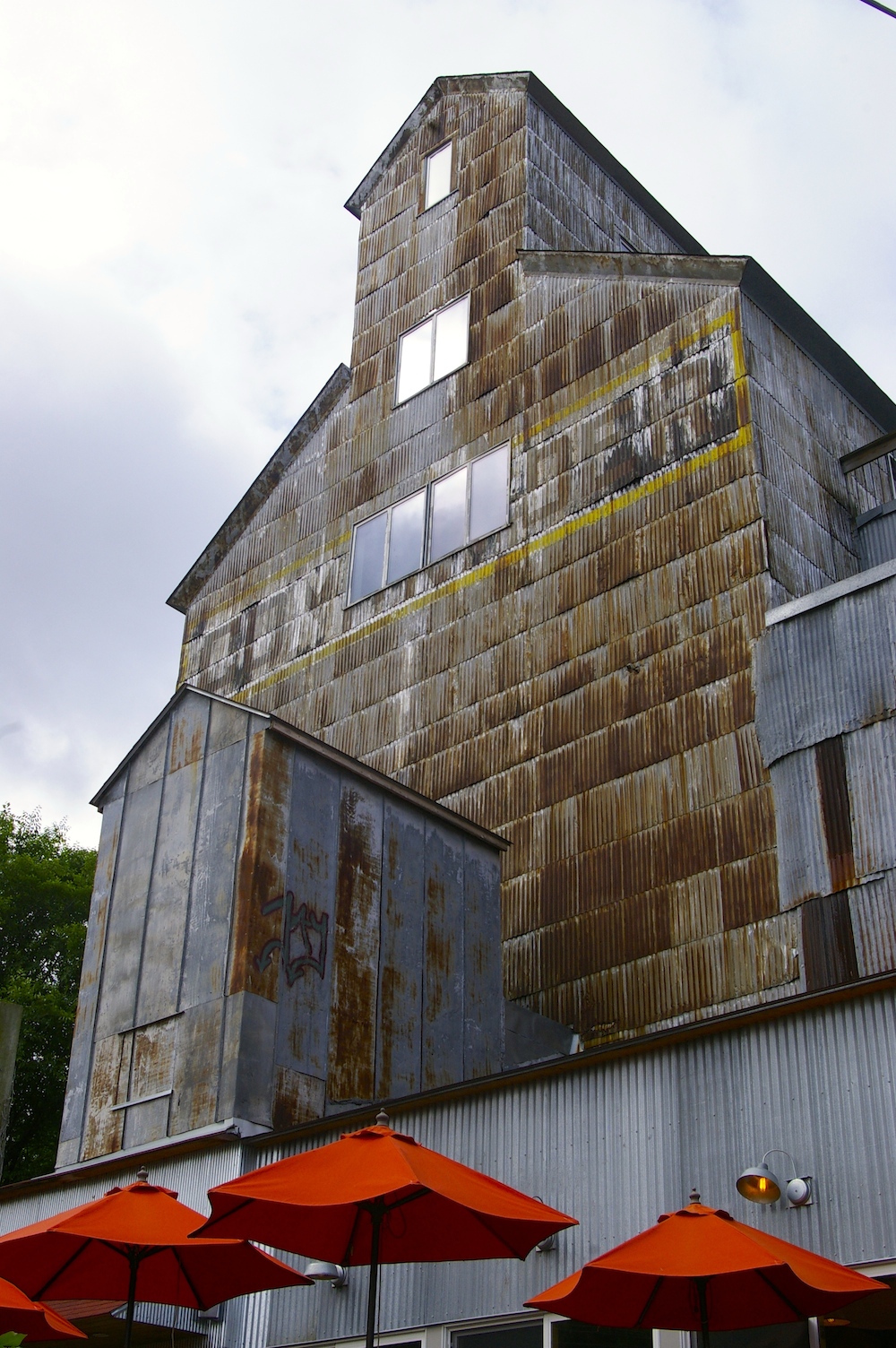 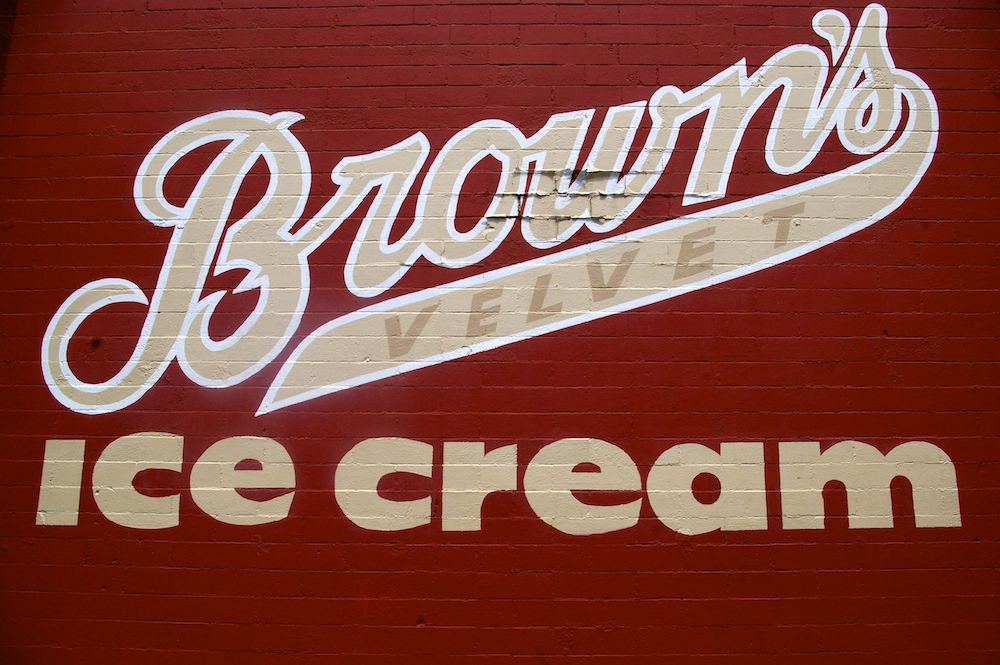 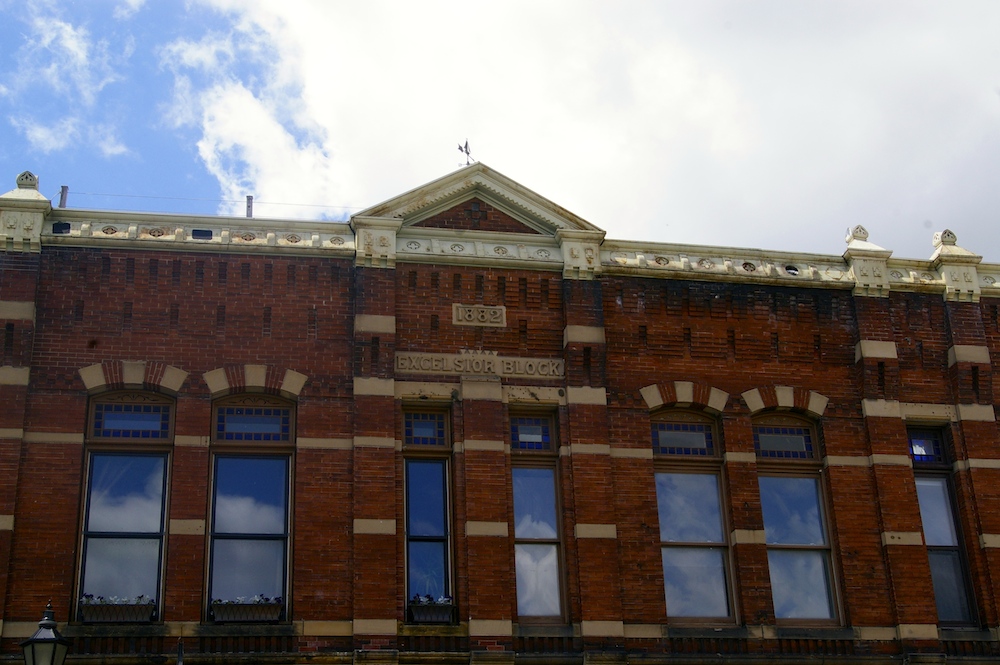 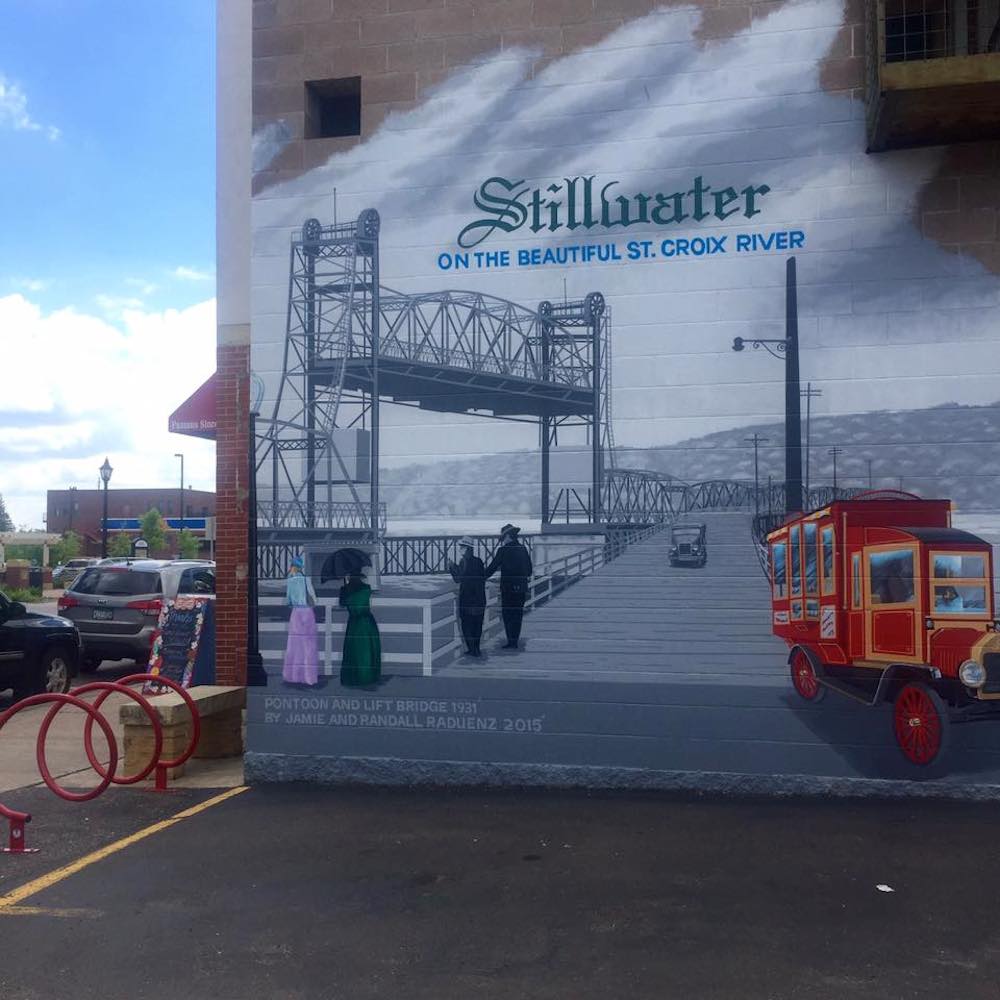 A huge thank you to the organizers of TBEX, the Stillwater Convention and Visitor’s Bureau, and Explore Minnesota for making my visit possible! 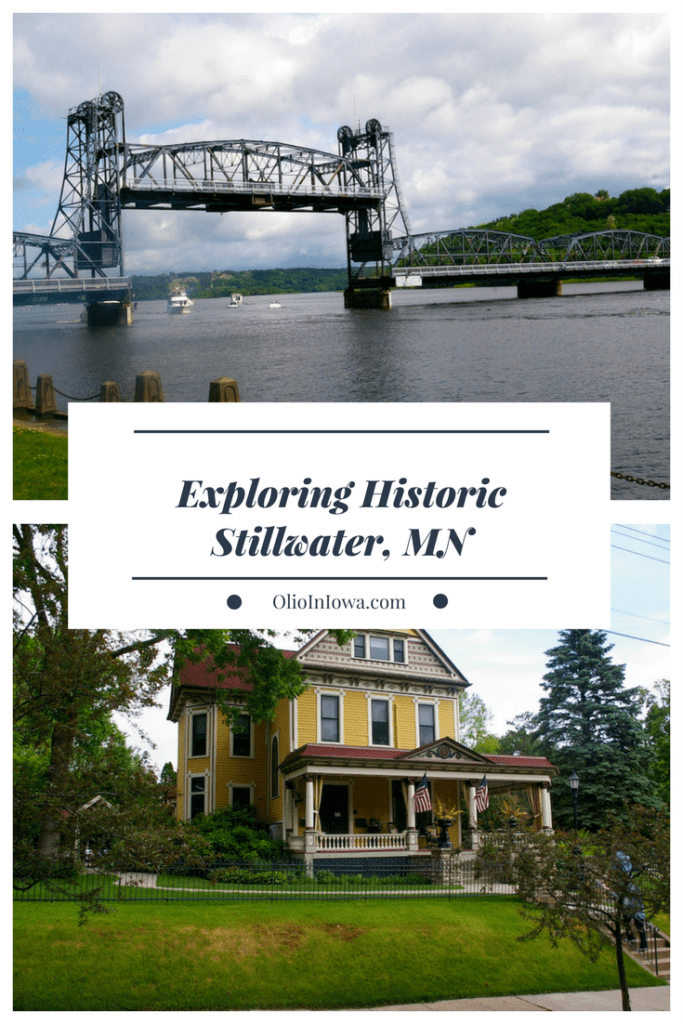 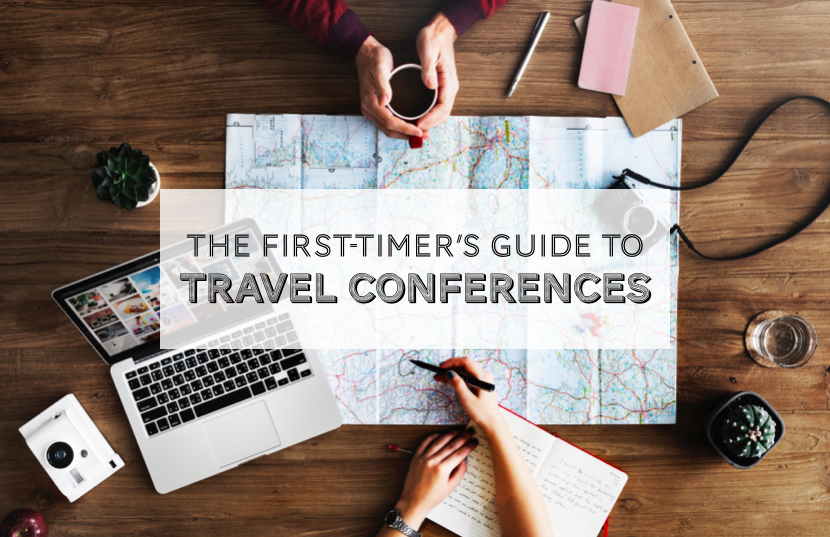 A First-Timer’s Guide to Travel Conferences

When I attended my first travel conference—TBEX (Travel Blog Exchange)—last year, I had no idea what to expect. Luckily I had some online friends who showed me the ropes and made me more comfortable in the…

Those Victorian Inns are so beautiful!! I grew up in Minnesota, and I loved getting out to Stillwater once or twice a year… and every time would find something new to do while in town… Glad you wrote about this special place!

Thanks so much for reading, Jamie! I’m so jealous of all the time you’ve gotten to spend in Stillwater over the years—one afternoon was certainly not enough!

[…] I’m never one to pass up a winery tour so I was extra excited when I learned we’d be making a stop at Northern Vineyards Winery during our visit to historic Stillwater. […]

[…] year’s TBEX, I had the opportunity to spend an afternoon in beautiful Stillwater, Minnesota. More recently, the Women in Travel Summit hosted an early morning yoga class overlooking Lake […]