Disclosure: Our trip to fair was hosted by the Roseville Visitors Association and the Minnesota State Fair. However, all opinions are my own. 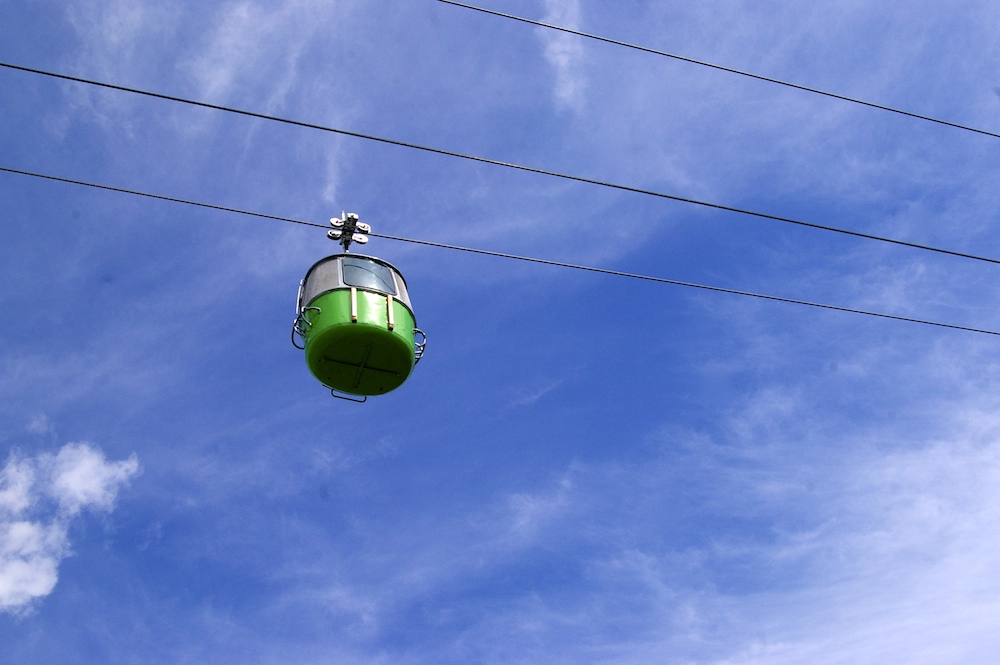 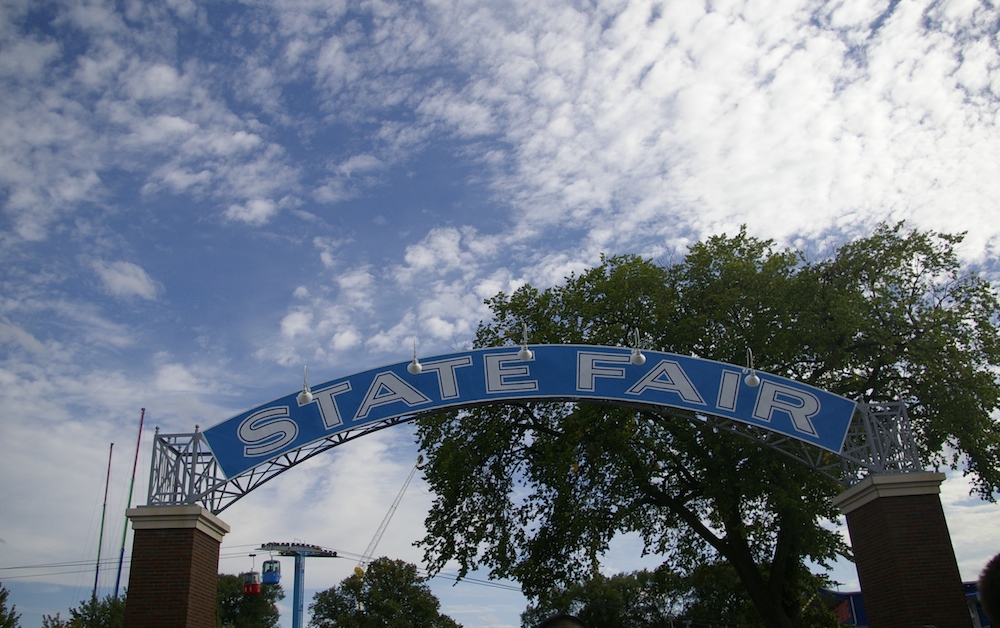 While I’m not a native Iowan, I have a little sweet spot for the Iowa State Fair. So naturally when my Minnesota friends boast about how their fair is best, it made me wonder. Was there an even more wonderful fair out there?

After less than an hour at the Minnesota State Fair, something tells me they just might be right.

Shortly after we reached the fairgrounds, I was lucky enough to chat with Danielle from the Minnesota State Fair’s marketing team. She shared some of her seasoned tips and tricks for first-time fair attendees, and with her advice in mind, I’ve combined our first fair experience into a six-step beginner’s guide to the Minnesota State Fair.

Take Advantage of the Park & Ride

The Iowa State Fair has what I thought was a pretty great fair shuttle system, but Minnesota dominates in this aspect of fair going. With more than 30 pick-up locations around the Twin Cities, the fair shuttles were convenient, quick, and also (surprisingly) free. 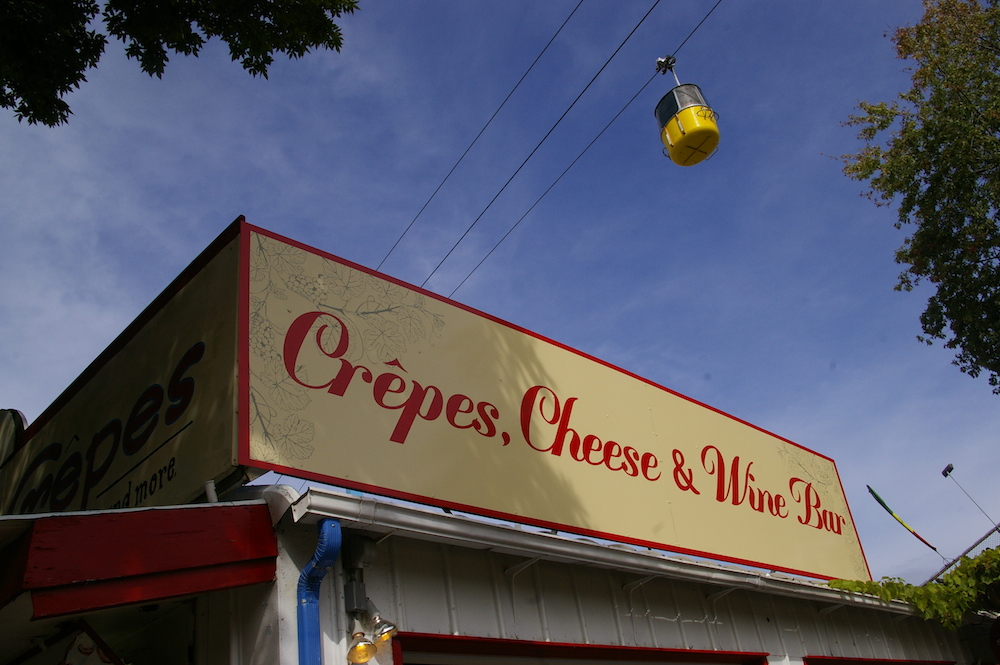 If you’re just getting the lay of the land, plan on arriving to the Minnesota State Fair early. And when I say early, I mean 7 or 8 am early, especially if it happens to be a weekend. When we visited, the streets were packed by 9:30 am.

Use the fair’s quieter hours to get your bearings and enjoy some of the delicious breakfast options available. Two of our favorites were the French Crepe stand and French Meadow Bakery & Cafe. 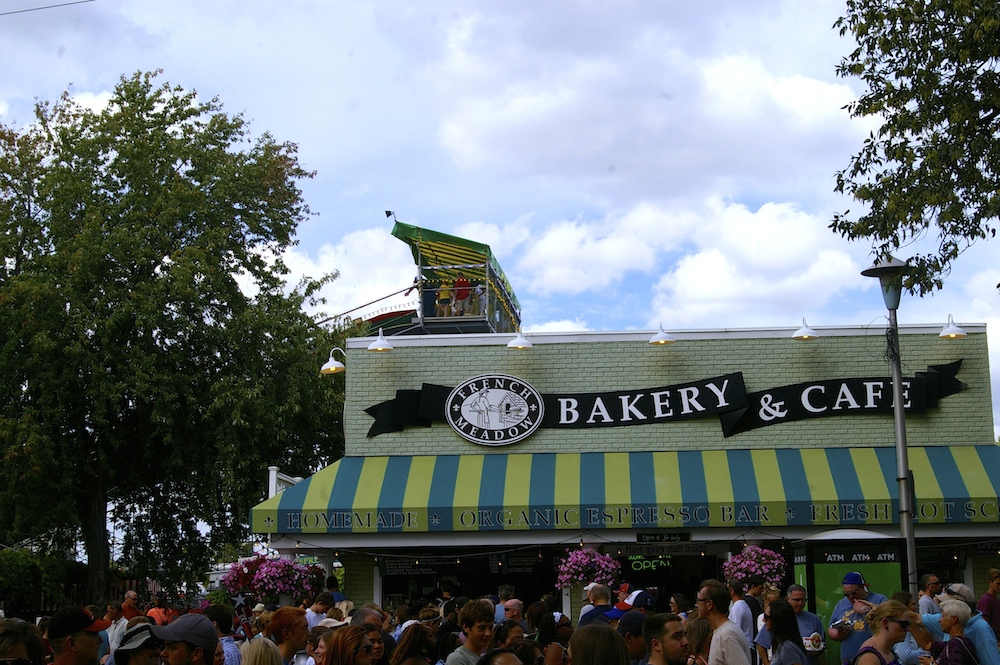 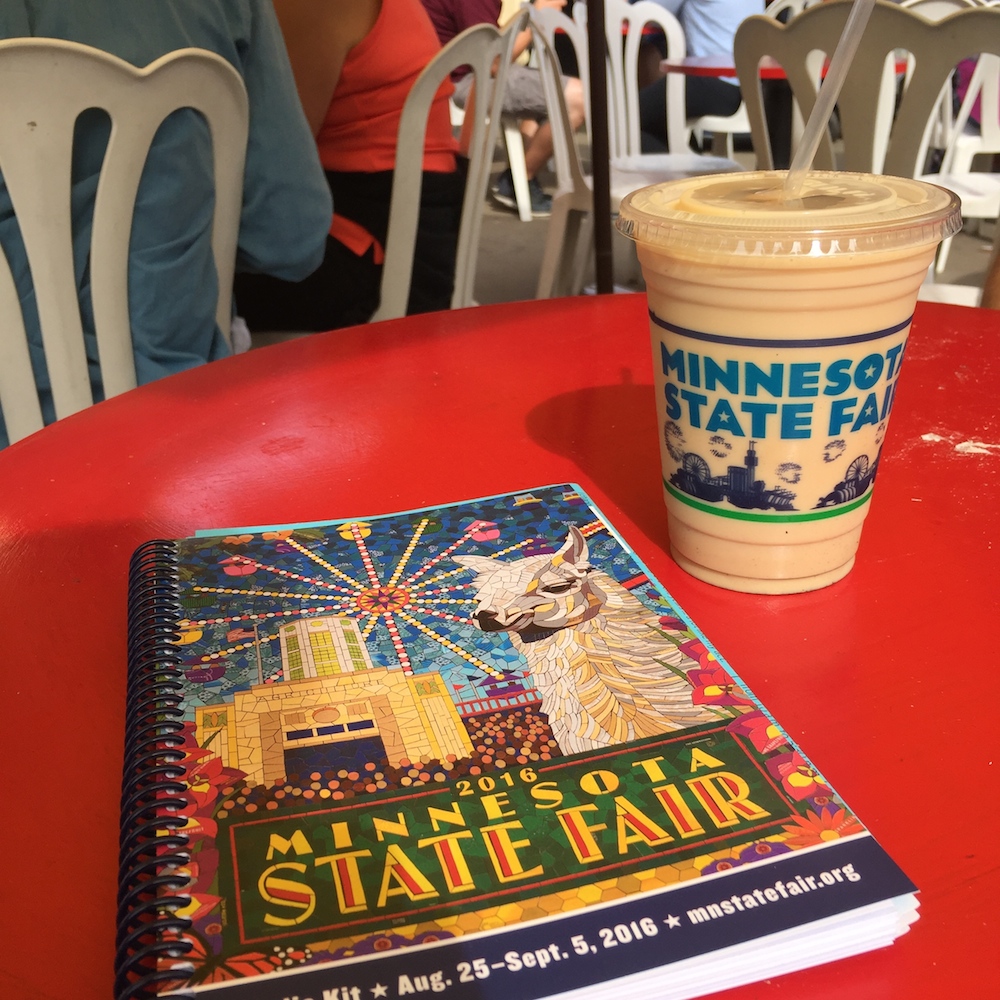 Once you’re fully caffeinated and have found some breakfast, find an Information Booth to grab an extra copy of the fair map (you never know when you’ll accidentally misplace yours), and pick up a schedule of the day’s events. From demonstrations to performances, there’s always something happening regardless of the time of day.

Explore Off the Beaten Path 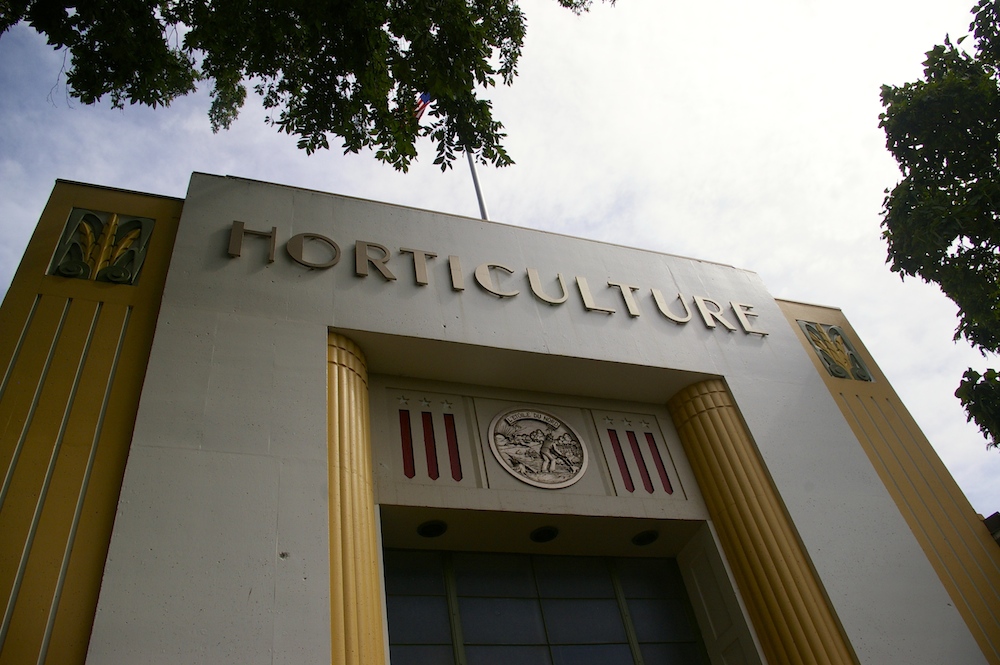 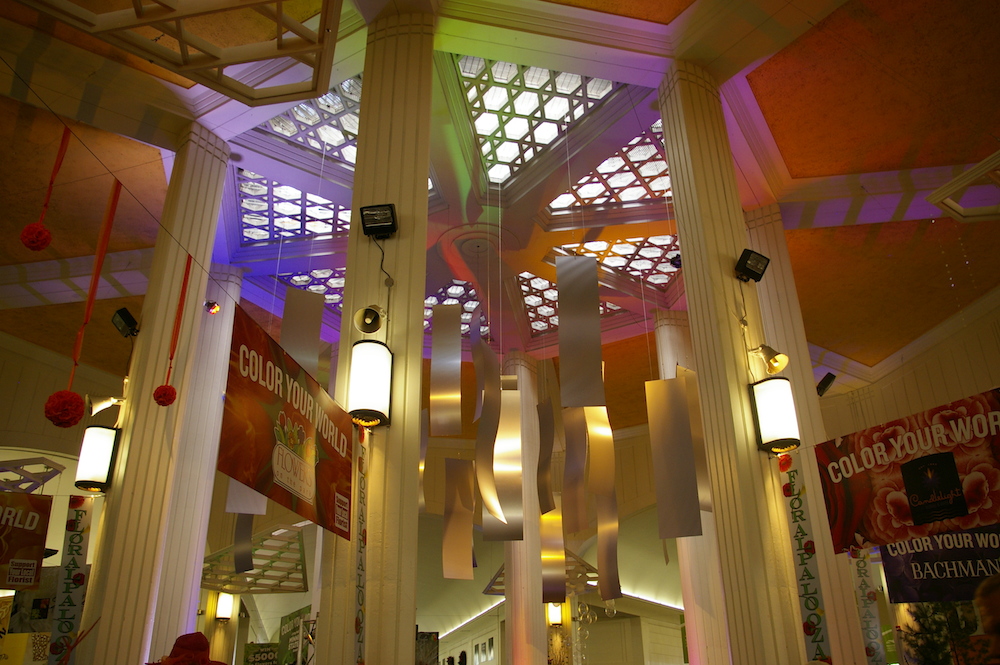 While everything is new to a fair first-timer, take some extra time to explore a building or exhibit you might not typically be interested in. For us, that was the Minnesota State Fair’s Agriculture Building. Home to dozens of floral, fruit, vegetable, and other plant displays (and also the Minnesota Craft Brewer’s Guild) this beautiful circular building is where we spent more than an hour early in our day.

After a Cider Freeze from the apple section, we explored the bonsai entries (did you know Minnesota had a bonsai society?), and marveled at the contenders for this year’s largest pumpkin. I was also delighted by the corn and seed art display, which featured pieces focusing on everything from Minnesota’s hometown hero Prince to the trendy Pokemon to beloved children’s books. 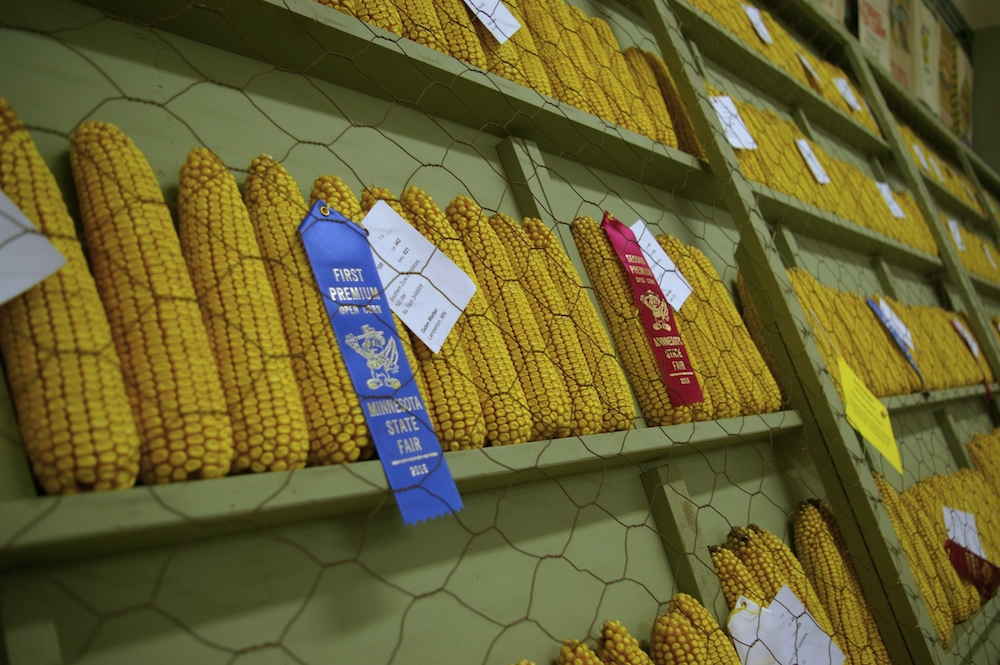 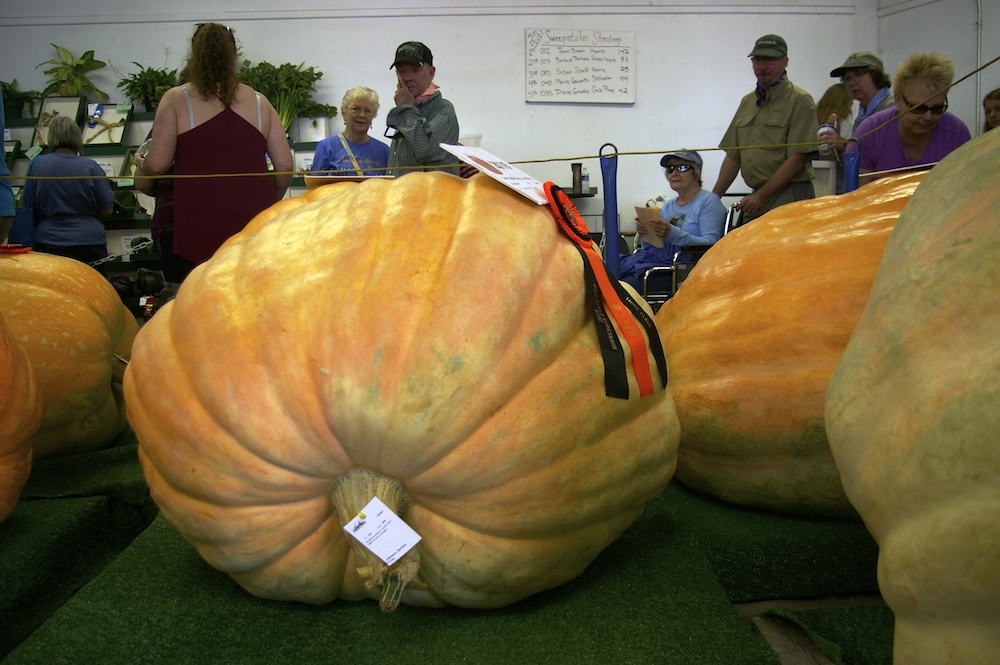 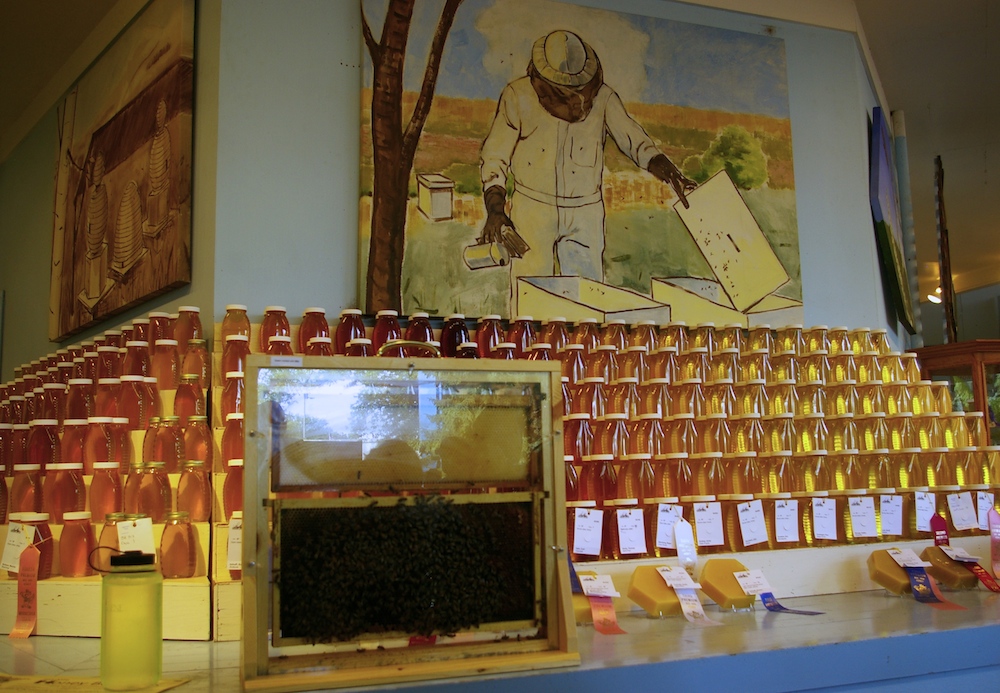 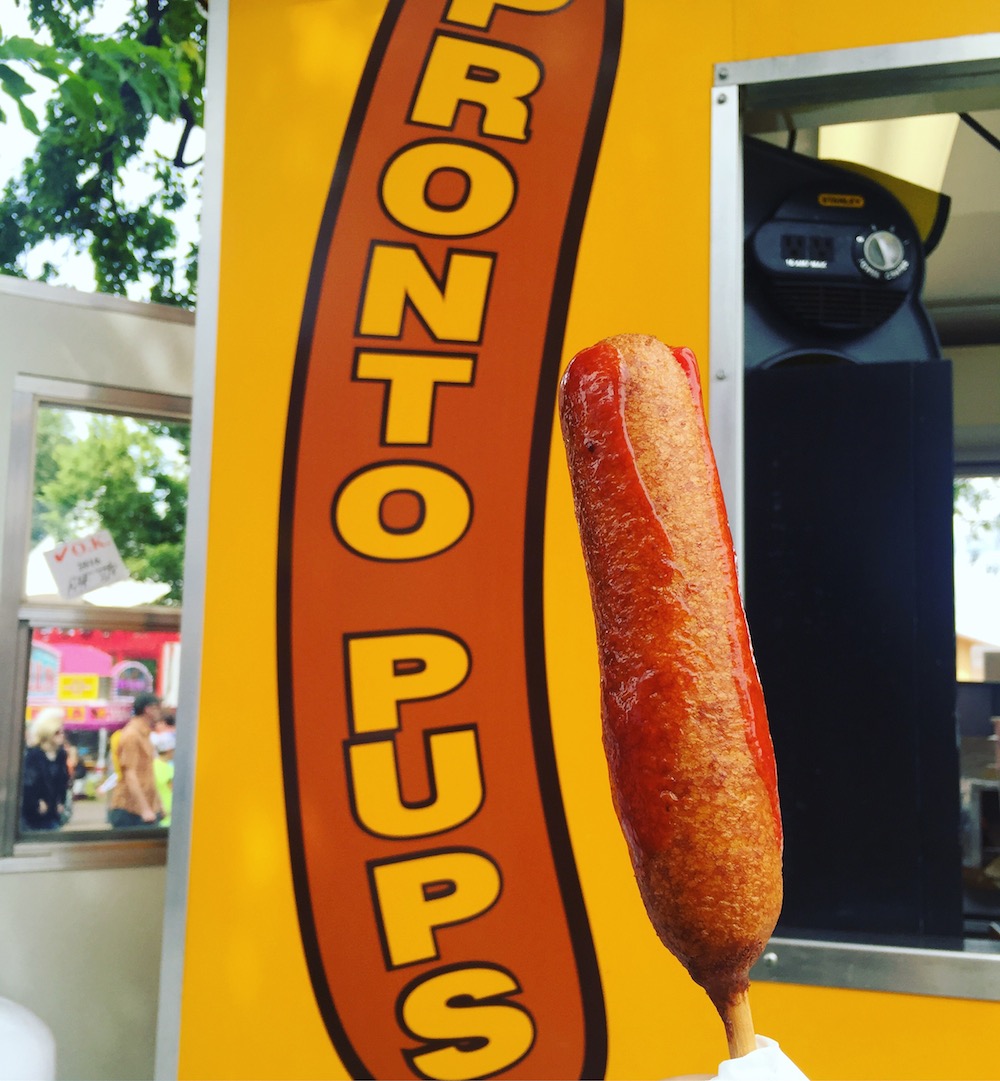 If it’s your first time at the Minnesota State Fair, there are two things your friends and tour guides will likely recommend.

The first will be a Pronto Pup. “But isn’t it just a corn dog?” Nope. This staple has been a Minnesota State Fair tradition since 1947 and boasts a custom flour-based batter instead of a corn dog’s typical cornmeal.

The second piece of necessary fair fare is a bucket of chocolate chip cookies ($16 for a heaping four dozen) from Sweet Martha’s Cookie Jar. While this may seem like an overwhelming amount of cookies, they’re as delicious as everyone says and the perfect souvenir to share with your friends back home.

Minnesota State Fair Pro Tip: We noticed at least half a dozen experience fairgoers whip out a plastic bag to store their overflow cookies for the trip home. 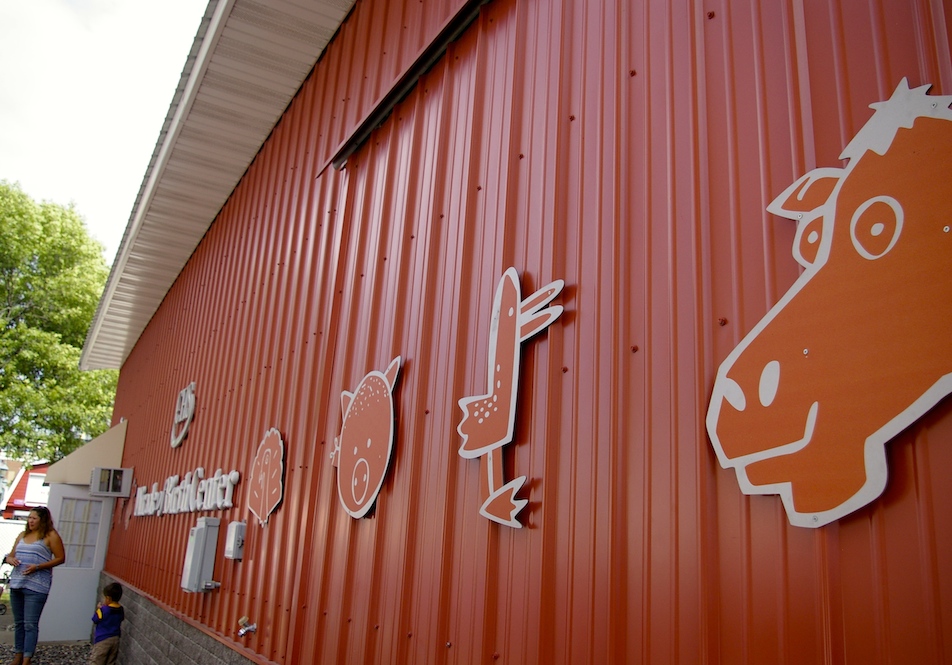 Who doesn’t love baby animals? Stop by the Miracle of Birth Center to see some of the newest additions to the Minnesota State Fair and, if you’re lucky, experience an animal being born. 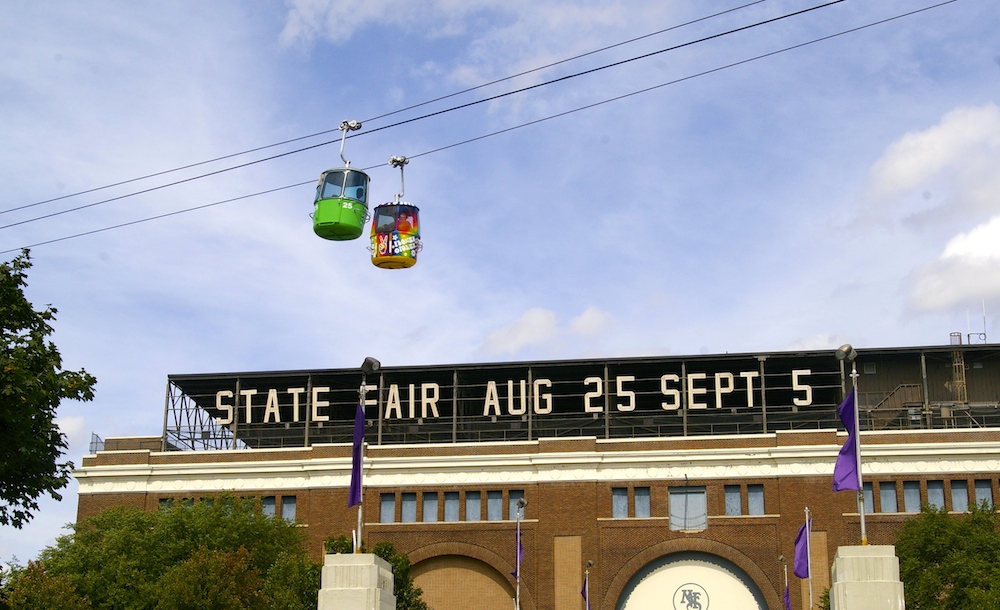 Rest your tired feet and experience the fair from above aboard the SkyRide. Lines can get long for this fair favorite. Be sure to catch a ride early in the day when crowds are thinner.

Get a Taste of Minnesota 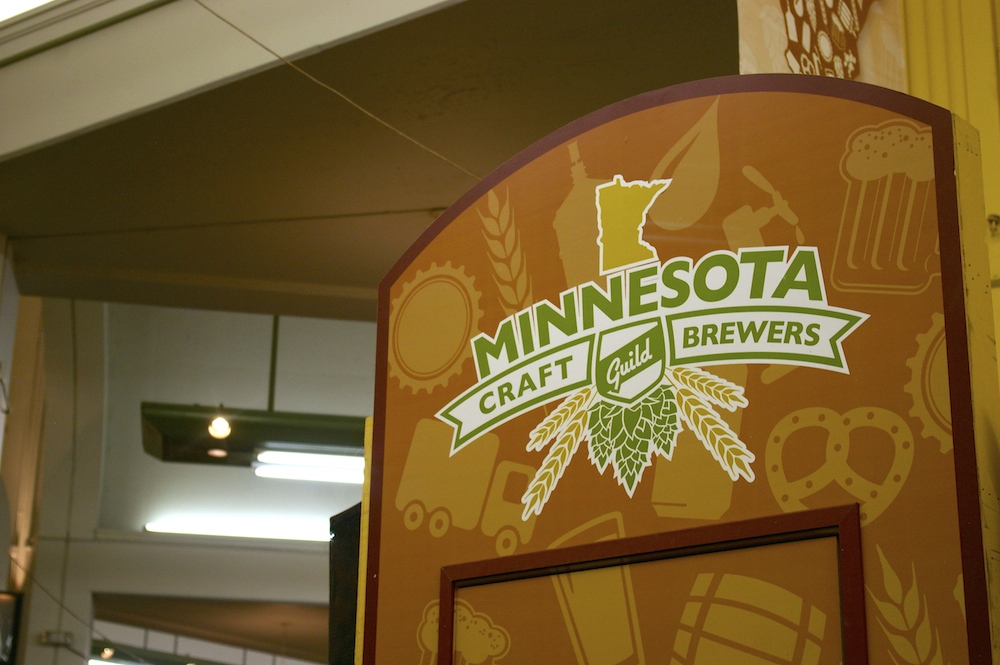 Cool off with a cold craft beer from the Minnesota Craft Brewer’s Guild in the Agriculture Building. Grab a flight (four samples for $10) and head out to the terrace to people watch as you sip. We opted for the two “Minnesota Mix” flights and especially enjoyed Bent Paddle Brewing Co.’s Cold Press Black coffee porter. 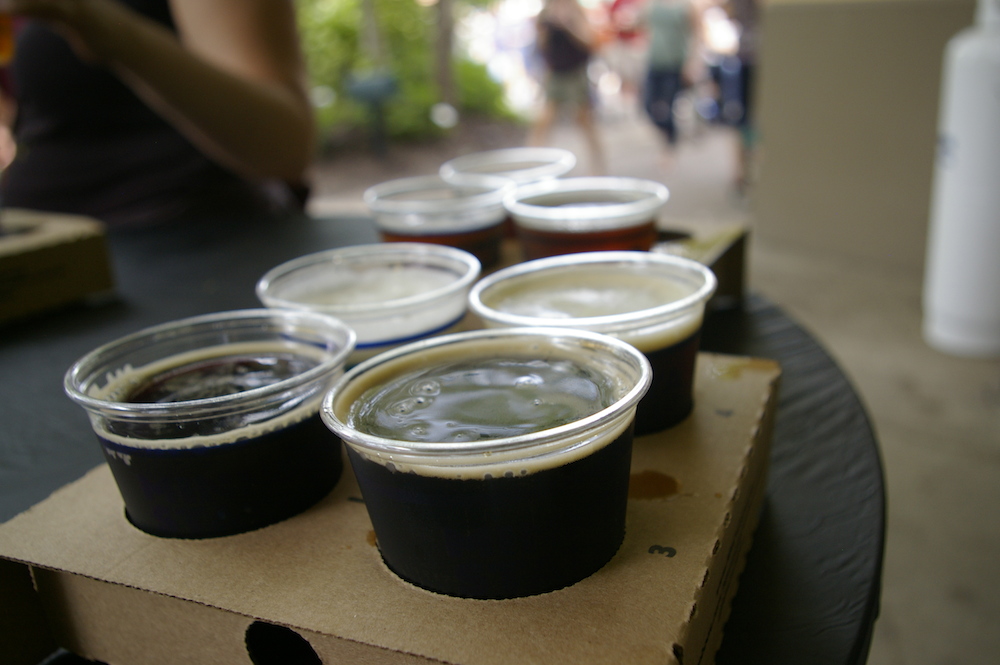 I’d love to hear from your! What’s your favorite thing about the Minnesota State Fair? 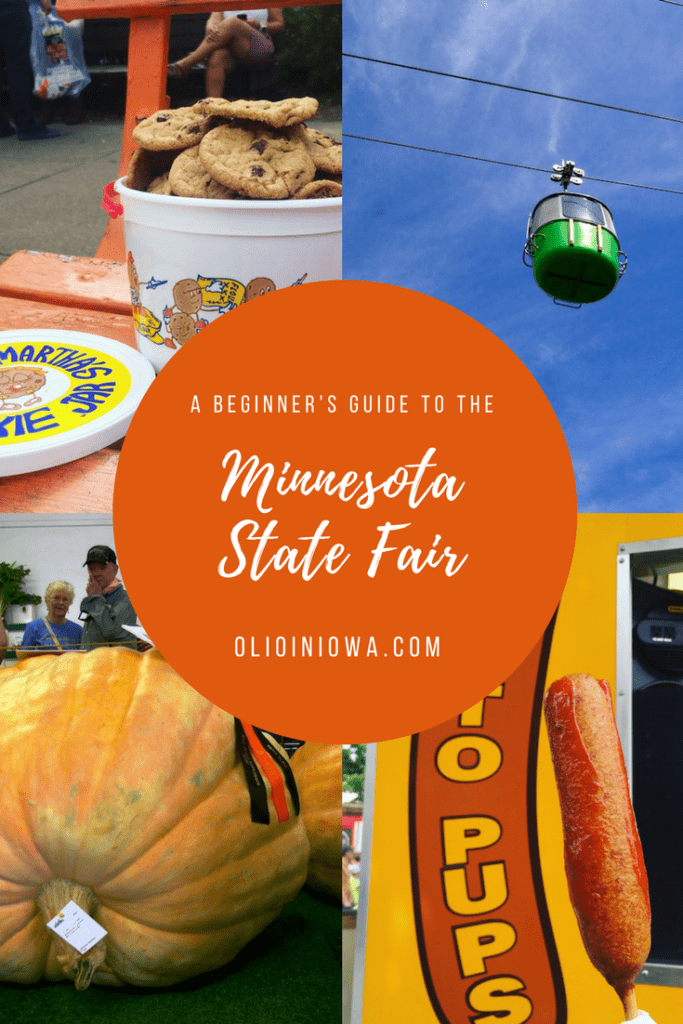 A huge thank you to the Roseville Visitors Association and the Minnesota State Fair for making our day possible!

[…] celebrate Labor Day weekend we headed north to the Twin Cities to experience our first Minnesota State Fair. During our stay, we made Roseville, Minnesota our home base and discovered new favorites galore, […]