Disclosure: Meet Minneapolis facilitated our visit to the Mill City Museum. However, all opinions are my own.

While I’ve spent a fair amount of time in Minneapolis, I realized that I know very little about the city’s history. So earlier this summer, we headed to the Mill City Museum to learn about one of the industries that made Minneapolis famous.

Located in the heart of downtown along the banks of the Mississippi River, the Mill City Museum provides an expansive look not only at the history and process of flour milling but also its role in the development of the Twin Cities. Built up from the ruins of a once bustling riverfront mill, the museum offers a comprehensive look at the history of the area.

Begin by learning about the mechanical process of milling and how wheat becomes flour. Next, explore what it took to make Minnesota’s landscape well-suited for milling through interactive waterway exhibits. Have you caught a whiff of fresh baked goods? Peak into the test kitchen to see what’s cooking (and sneak a sample, if you’re lucky). 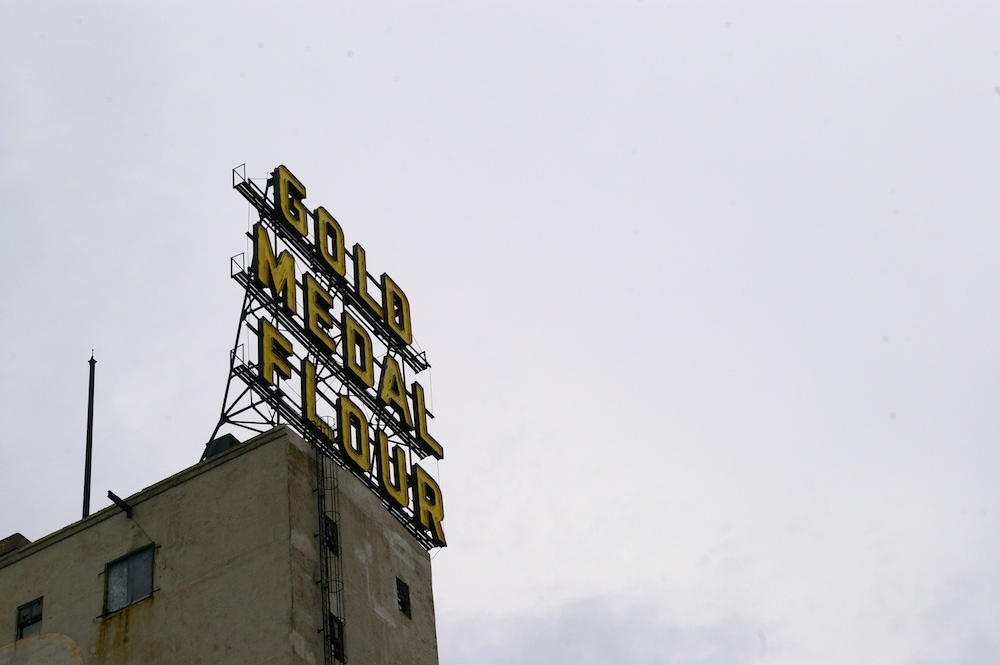 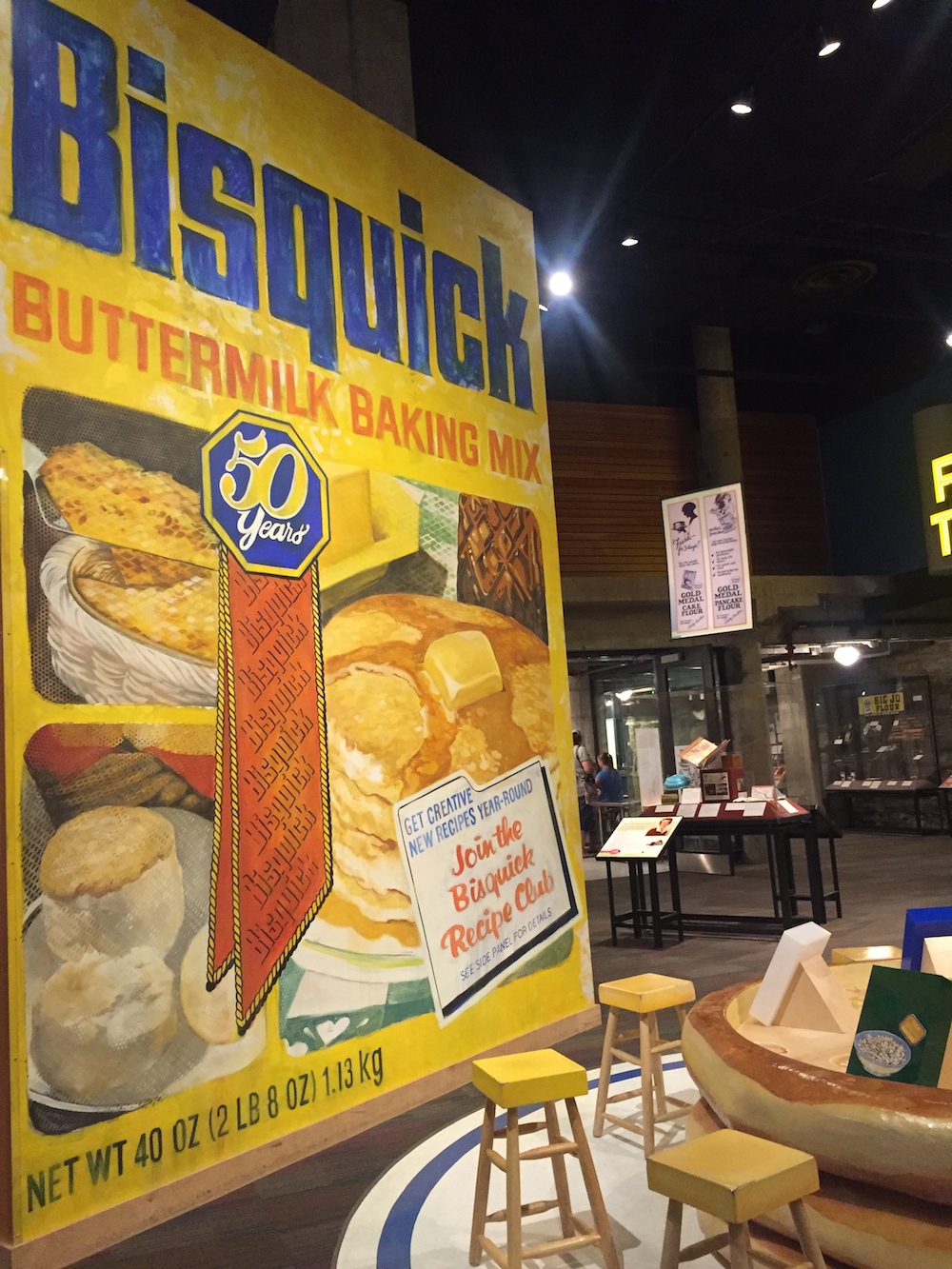 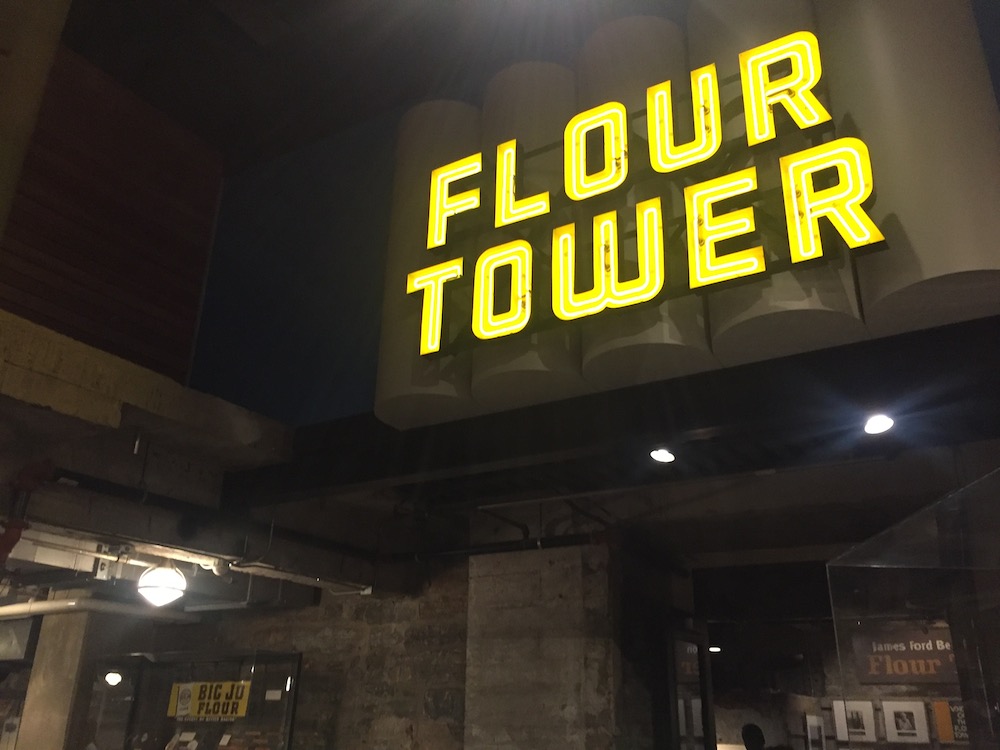 Easily one of our favorite parts of the museum was the Flour Tower Tour. This engaging exhibit allows visitors to travel between floors to see what the mill looked like in its prime. Seated on bleachers in a large freight elevator, the exhibit showcases everything from the foreman’s office to a functioning assembly line. Interviews with individuals who once worked in the mill as well as fictional narratives bring the floors of the mill to life once more.

An added bonus? Step out of the lift into the only remaining part of the Washburn A Mill. After a fire destroyed most of the original site, the remaining floor is a shell of what it once was. Afterward, step outside to take in the gorgeous views of the Mississippi River and Stone Arch Bridge from the museum’s rooftop balcony.

A bit of history about the Mill City Museum

Beginning in 1880, Minneapolis was known as the Flour Milling Capital of the World. For more than 50 years, the surrounding riverfront was home to miles of floor mills.

Built in 1874, the Washburn Mill was once one of the world’s largest mills. In its prime, the mill was rumored to produce enough flour to make 12 million loaves of bread in a day. The company that managed the mill, the Washburn-Crosby Company, would later become General Mills.

Also, did you know that dusty mills could mean dangerous explosions? In 1878, the Washburn A Mill was leveled due to an explosion. The blast sent the entire building more than 200 feet into the air and destroyed five nearby mils. In neighboring Stillwater, Minnesota, an article ran the following day detailing an “earthquake” that was actually the mill explosion.

Our tour guide also told us one of my favorite anecdotes from our visit. In 1885, before venting dust out of the mills had been perfected, the dust was directed toward the river. Sounds like an alright idea, right? Wrong. At one point, rumor has it that up to 30 elephant-sized balls of dough covered in rats could be seen floating down the river. The catfish would then eat the water-logged dough and grew to be multiple times their size.

The Washburn A Mill closed in 1965 and was almost destroyed by fire in 1991 when the building sat vacant. Today, the ruins of the mill have been converted into the Mill City Museum.

If you visit the Mill City Museum 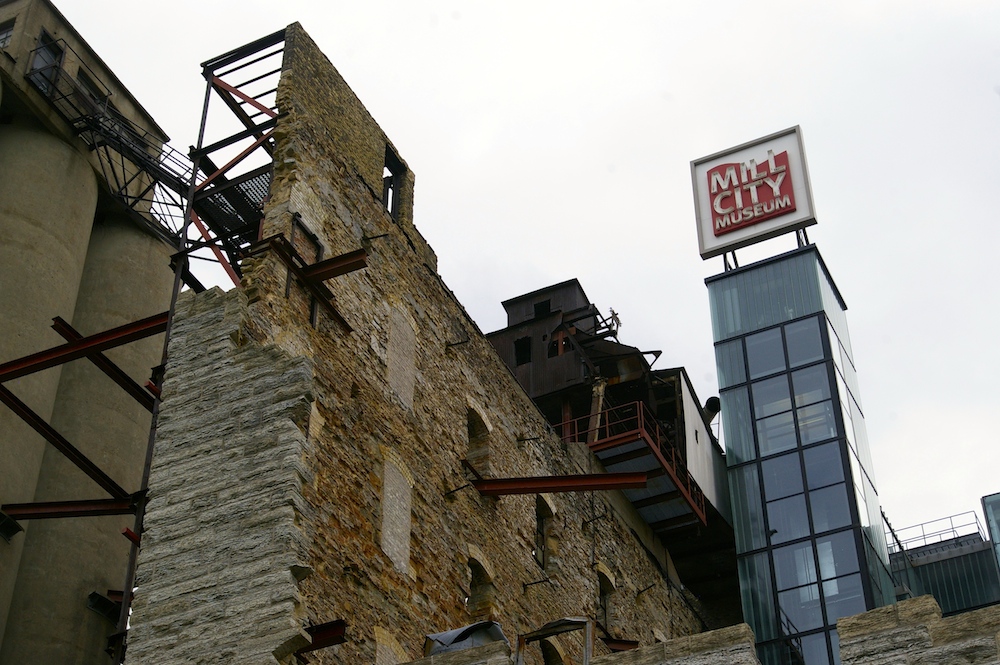 If you visit the Mill City Museum, make sure you have at least two to three hours to explore. The museum offers a wealth of information about the history of Minneapolis and the influence of flour milling on the area. While there’s lots to learn, there are also tons of interactive exhibits (including a water room) that make this a fun attraction for visitors of all ages.

Before visiting, plan your trip so you have ample time not only to view the museum’s short documentary about Minneapolis but also to fit in a Flour Tower Tour.

A huge thanks to Meet Minneapolis for making our visit to the Mill City Museum possible! 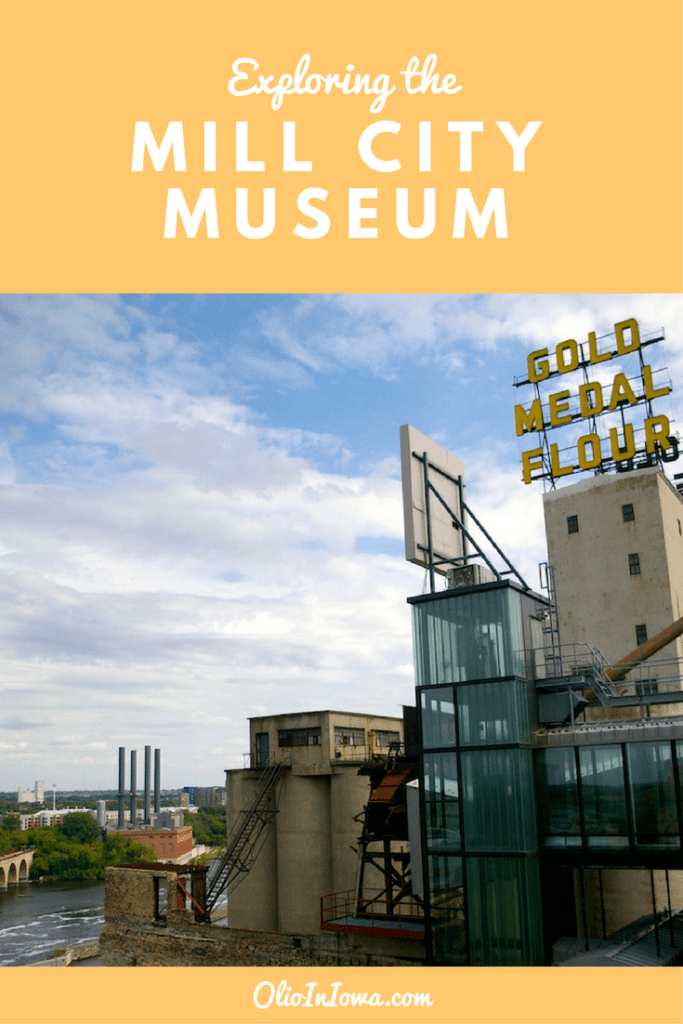 It’s an amazing place to visit and so full of history! Definitely worth checking out soon. Thanks for reading!

You had me at test kitchen! And what a cool experience to take the tower to see what the factory would have looked like in it’s prime!

It was so much fun and such an unexpected addition to the museum. Plus, the views from the rooftop are breathtaking!

[…] are a great place for a weekend getaway. Explore the city’s history at places like the Mill City Museum or head to the Walker Art Center to take in some extraordinary contemporary art. Later in the day, […]