Disclosure: The Roseville Visitors Association hosted our visit and tour of Bent Brewstillery. However, all opinions are my own. 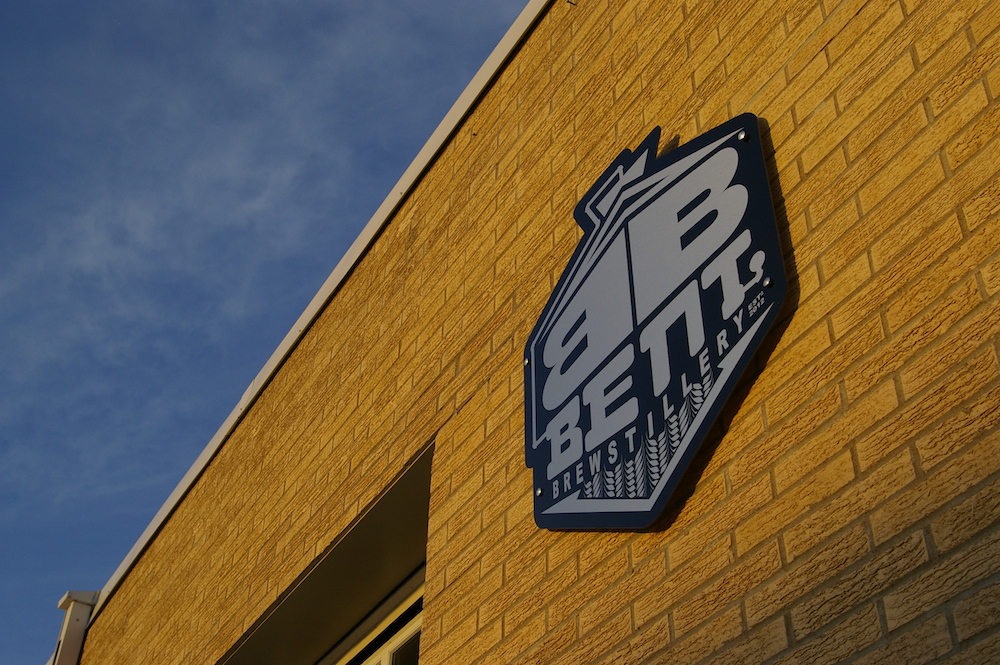 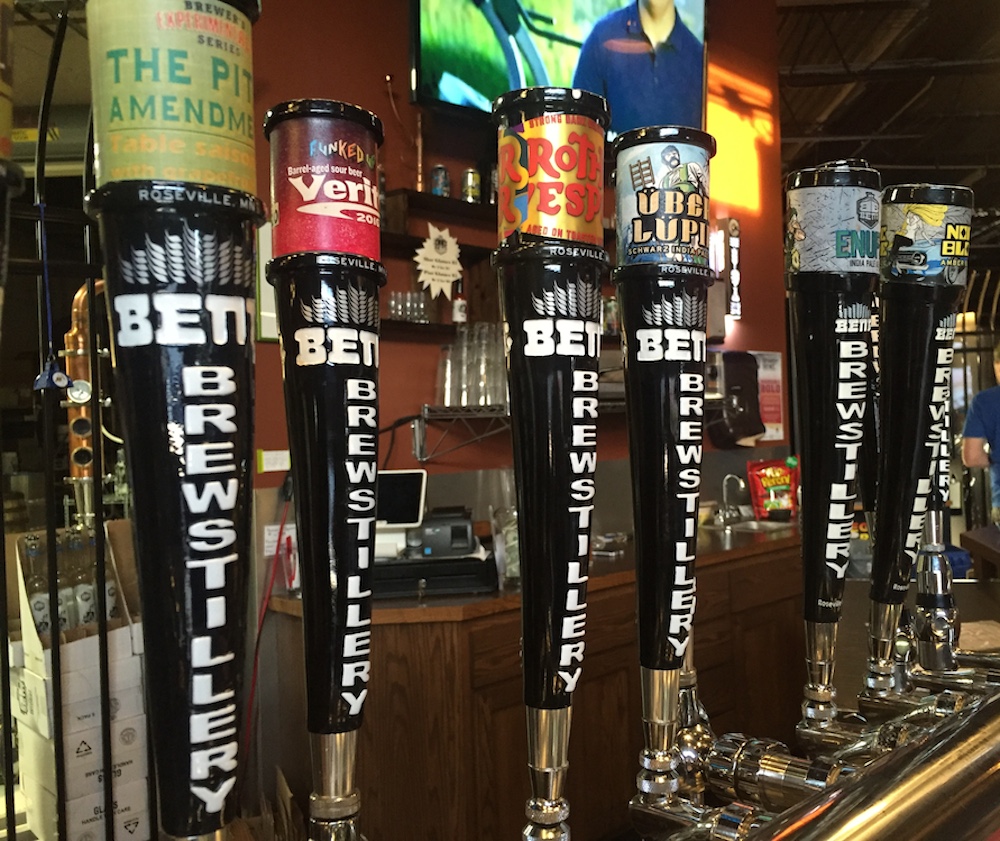 Located between Minneapolis and St. Paul in nearby Roseville, Minnesota, Bent Brewstillery is part craft brewery and part small batch distillery. We visited during happy hour on a Friday evening and were lucky enough to receive a tour of the facilities from Owner Bartley Blume.

Bartley didn’t always know he wanted to run a brewstillery. He previously worked in NASA’s destructive testing department and later at a St. Paul-based aerospace engineering firm before discovering a love for home brewing. After his wife Brenda gifted him a Mr. Beer kit in 2007, his curiosity about craft beers was peaked and he embraced the new challenge.

Today, it’s easy to see why Bent Brewstillery’s beers are winning national awards (lookin’ at you, U.S. Open Beer Championships) and popping up everywhere you look. This year, they even created a special edition ale—Sweat Together—for the Minnesota State Fair. 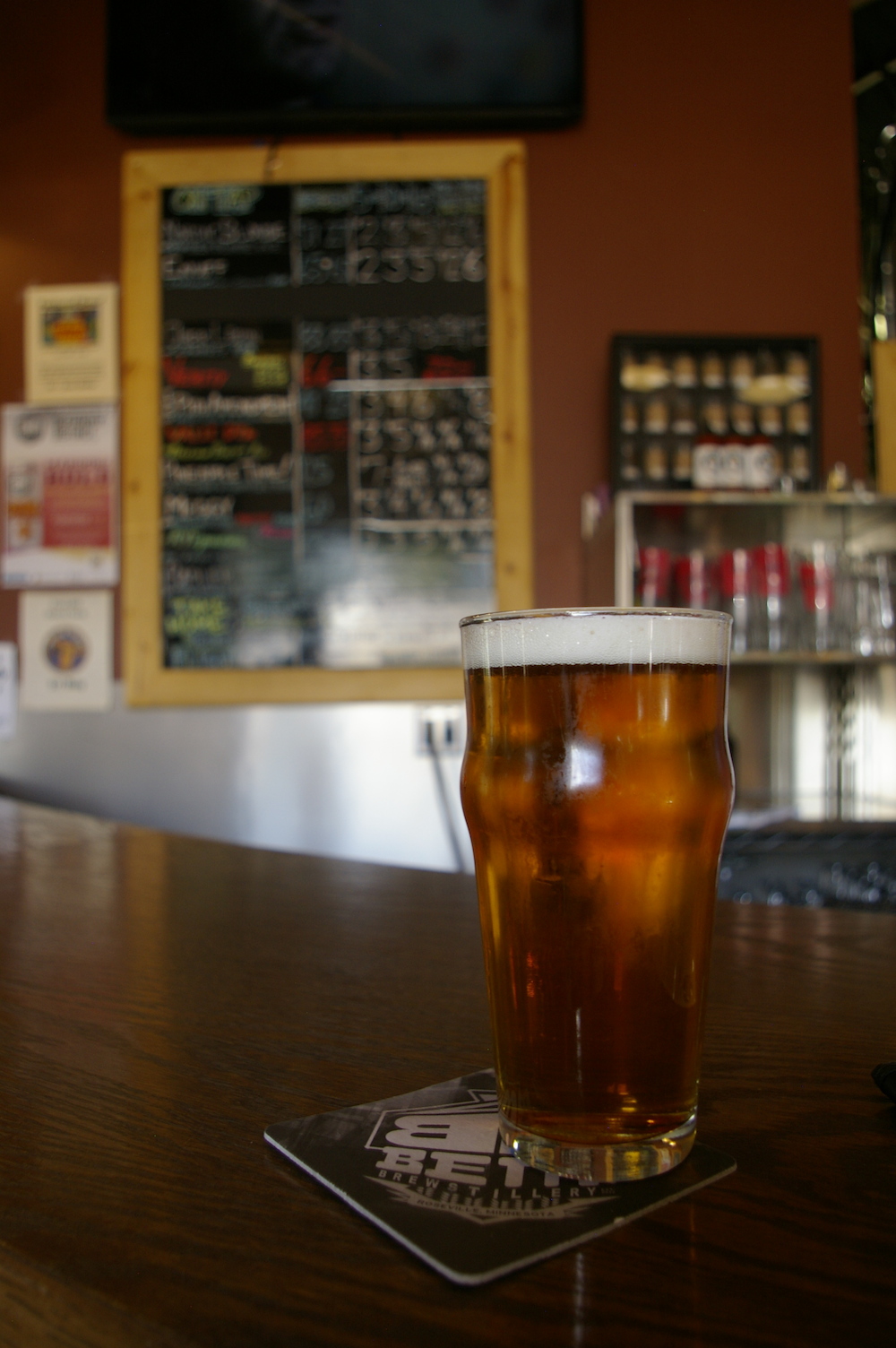 Wander into Bent Brewstillery’s sizable taproom and saddle up to the bar to sample some of the many fantastic beers on tap. The Nordic Blonde—the brewery’s first beer and still one of its most popular—was a fast favorite. But you really can’t go wrong with any of Bent Brewstillery’s offerings.

With an eclectic menu that includes everything from sours to imperial stouts, the brewery has something for everyone. They’re also big on puns, which is always something I can appreciate. I chuckled over the Dark Fatha American “Emperial” Stout and couldn’t help smiling at the “Double Infuriatingly Passive Aggressive Ale” (a double IPA). 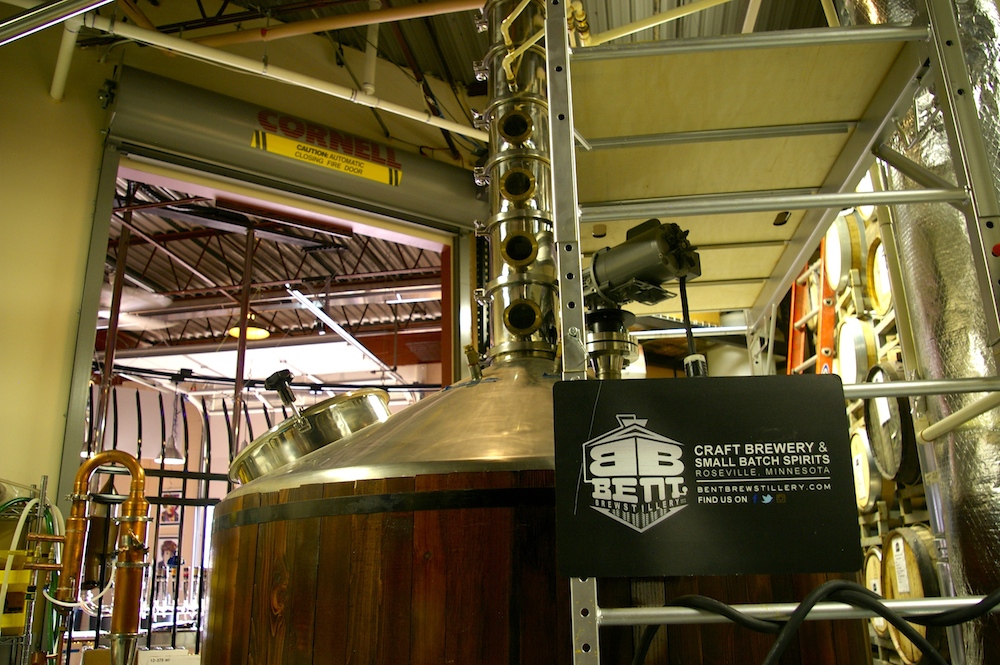 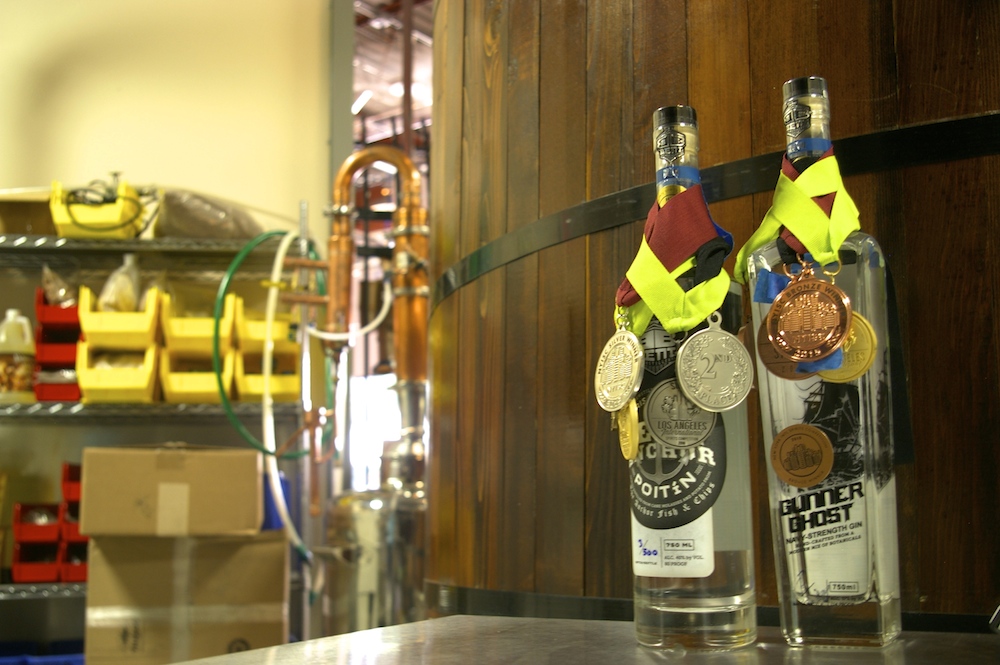 After chatting with Bartley about the brewstillery’s spirits, one thing is clear: the man has some serious skills on the stills. And after tasting their two current spirits, I’m even more convinced.

The first is an Irish style liquor called poitín, which literally translates to “pot shine.” After learning this fun, but slightly unappetizing fact, I was more than a little hesitant to sample this 80-proof liquor. But I shouldn’t have worried. Created using potato peels from the Minneapolis favorite, The Anchor Fish & Chips, and distilled with molasses, this liquor goes down smooth. Bartley’s drink recommendation for this unique creation? A poitín-based Moscow Mule that has become an essential now that we’re home.

The brewstillery’s second spirit is the Gunner Ghost. This “Navy-strength gin” smells tantalizingly floral but won’t make your eyes water when you take a sip. While I’ve never been much of a gin drinker, I could certainly see myself making an exception for Bent Brewstillery’s offerings.

If you visit Bent Brewstillery

If you’re in the area, a stop at Bent Brewstillery is a must. The taproom is light and airy, full of local art and a collection of vintage pinball machines. If you’re lucky, a food truck will be parked just outside, it’s friendly staff ready to hand you a quesadilla right over the patio railing.

This is still one of the Twin Cities smaller craft beer havens and while I wish them all the best, I hesitate to tell you exactly how amazing it is in the hopes it will stay that way forever. 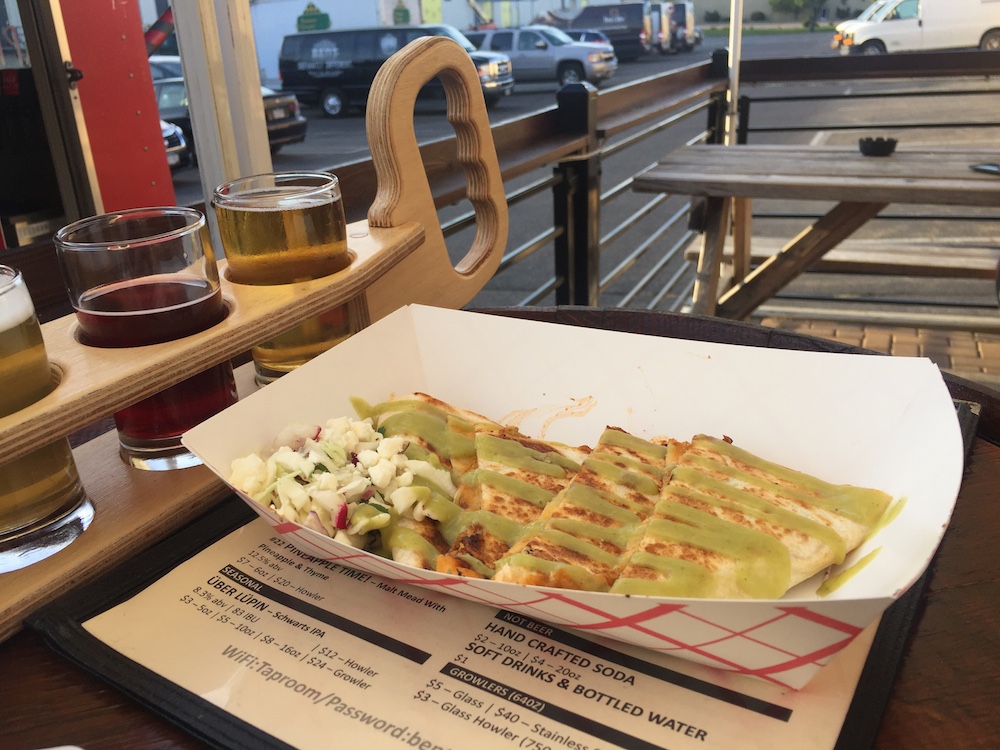 A huge thank you to the Roseville Visitors Association and Bent Brewstillery for a terrific tour. 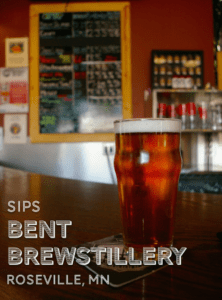 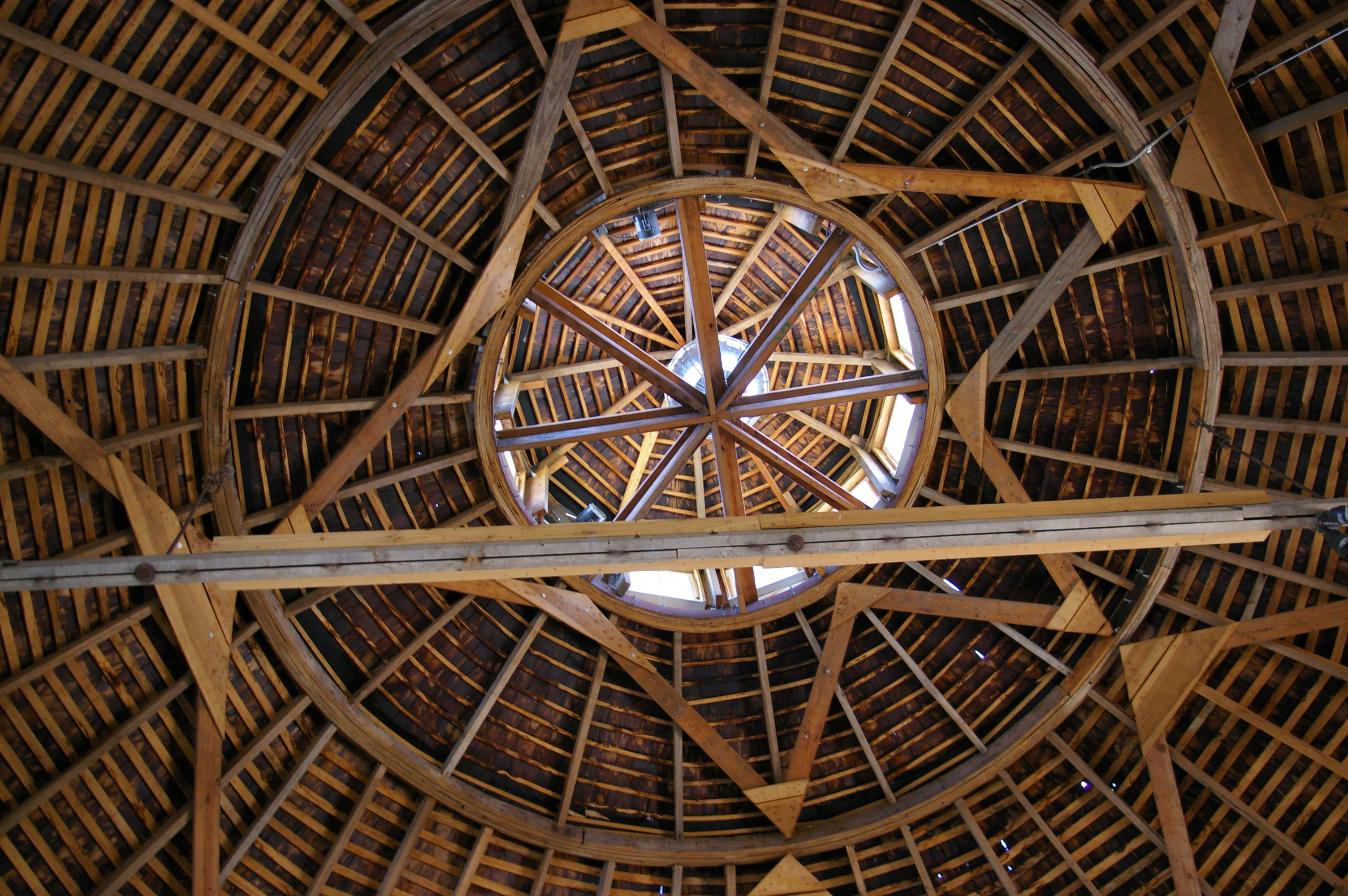 […] started our weekend with a visit to Bent Brewstillery, a local favorite that’s part craft brewery and part small batch distillery. The Nordic […]

[…] Minnesota might not seem like the most logical destination during the colder months, but the Twin Cities are a great place for a weekend getaway. Explore the city’s history at places like the Mill City Museum or head to the Walker Art Center to take in some extraordinary contemporary art. Later in the day, pop over to Roseville, Minnesota for drinks at one of our all-time favorites, Bent Brewstillery. […]